US company eligible for 20-year extension of gold, copper concession 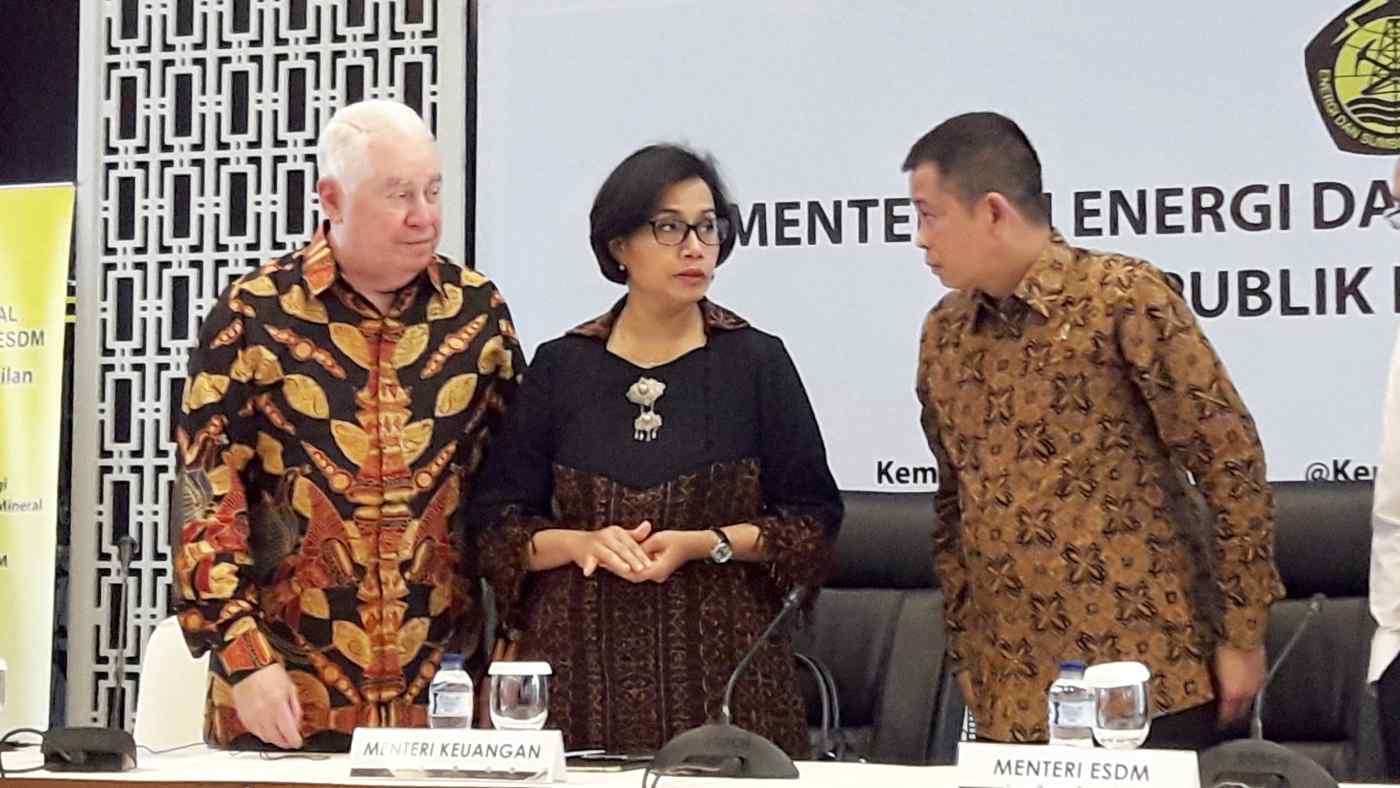 JAKARTA -- Freeport-McMoRan of the U.S. has bowed to Indonesia's demand to divest the majority of its stake in an Indonesian mining unit to local parties. In exchange, the unit will get an extension on its permit to operate one of the world's largest copper mines, in Indonesia's Papua Province, through 2041.

On Tuesday, Freeport and the Indonesian government announced that Freeport also agreed to complete the construction of a new smelter by 2022.

It has taken the two parties months of acrimonious negotiations to reach this point, and details still have to be hammered out.

Chief Executive Richard Adkerson said Freeport has agreed to Indonesia's terms and now has enough certainty to invest $20 billion to develop subterranean operations at its Grasberg gold and copper mine in Papua.

"We realize in order for us to achieve our objective of being able to invest and have time to recover our investment, we have to be willing to cooperate and build [a] smelter and divest 51%," Adkerson said during a press conference here.

The Indonesian government currently owns 9.36% of Freeport Indonesia. Based on previous regulations, Freeport had been committed to divesting 30% of its stake by 2019, though this process has stalled.

Ignasius Jonan, Indonesia's energy and mineral resources minister, said the timing of the divestment and who the new shareholders will be are among the details to be hammered out later.

Mining and export regulations that took effect in January specify that foreign mining companies must cease exporting certain concentrates until they replace old contracts with special mining permits called IUPKs. One term spelled out in these IUPKs is that foreign mining companies must gradually sell at least 51% of the ownership of their local units to Indonesian parties -- be them the government, state-run or private companies. The clause says these sales can take place gradually over the 10 years after an IUPK has been issued.

Freeport had been maintaining that the IUPK requirement breaches its old contract, which was to expire in 2021. It had been threatening to take the dispute to an international arbitration panel while also seeking to extend its contract for another 20 years.

The two sides formally entered into negotiations in February. In April, following U.S. Vice President Mike Pence's visit to Jakarta, Freeport obtained a temporary permit to resume exports of copper concentrates. The permit allows for exports through the middle of October.

Addressing local concerns of foreign enterprises stripping the country of its natural resources, Indonesian officials said under the newly agreed IUPK, Freeport -- already one of Indonesia's largest taxpayers -- will pay more in taxes and royalties than before. But exactly how much is also subject to further discussions.

The announcement came less than two weeks after a rally staged by Freeport workers near the Grasberg mine in Timika town, Papua, turned violent.

Around 4,000 workers are taking part in a strike that has been going on for four months now. Freeport insists these workers were dismissed after failing to return to work in May.