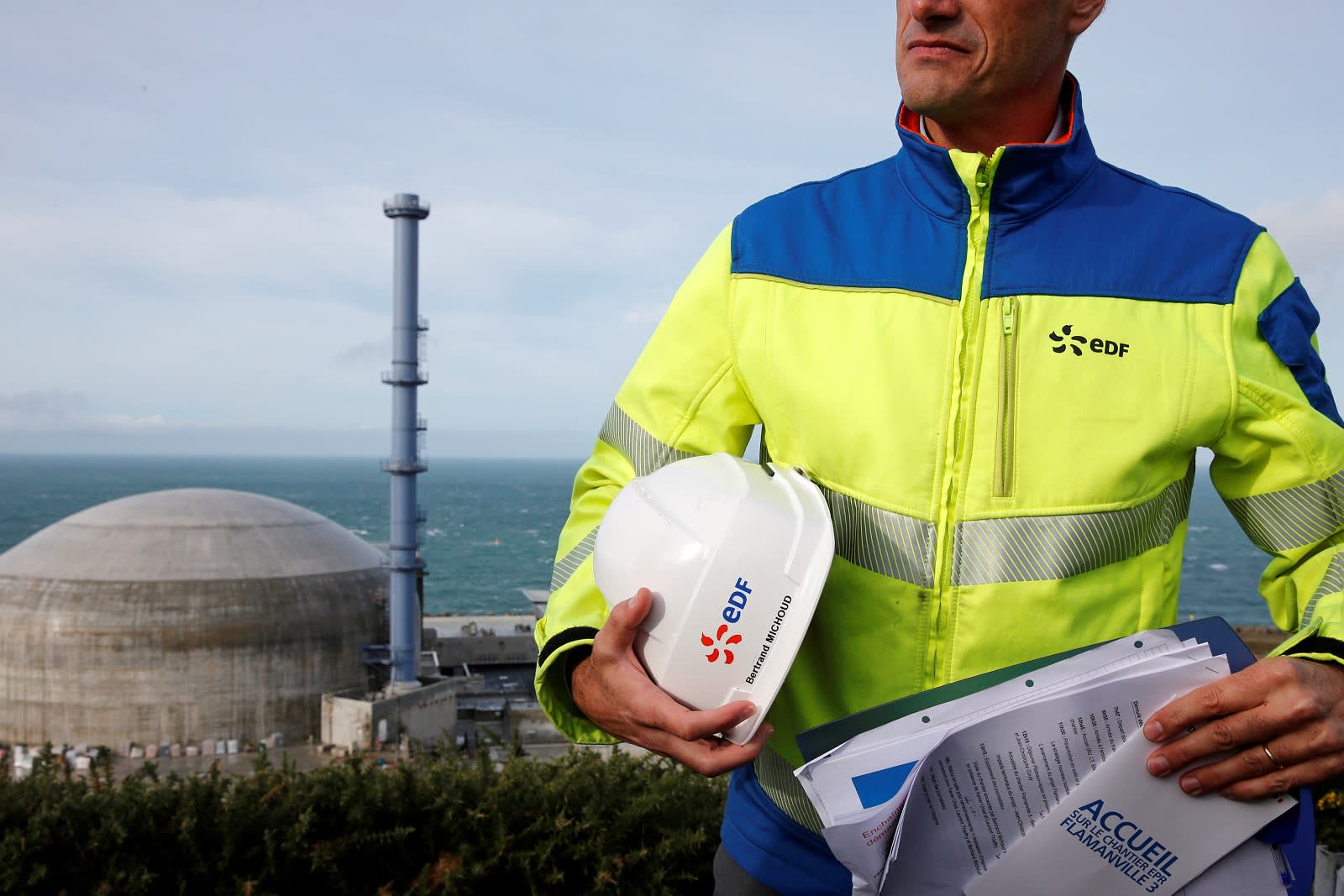 PARIS -- The world's largest nuclear power company, Electricite de France, believes nuclear power still has a role to play in the future, despite forecasts suggesting the market is in getting precarious. According to one senior EDF official, there are still plenty of opportunities in nuclear plant construction -- especially in Asia -- that can complement renewable power sources.

State-owned EDF is determined to play a role in the growth of the nuclear power industry worldwide. Reactors being built in China and France are slated to go online before 2020 and one in the UK is scheduled to be switched on in 2025. The company also plans to invest 45 billion euros in plant maintenance and renovation in France by 2025.

With annual revenue of 71 billion euros, EDF relies heavily on nuclear power generation in line with France's national energy policy. Nuclear power accounts for 78% of the company's electricity production, compared with 10% for renewables, including hydroelectricity. EDF raised 4 billion euros in fresh capital in March after mounting concerns over its stretched balance sheet.

For future projects, EDF has its sights on China, where most of the world's new reactors are currently being built.

"We're historically associated with China," Ursat said. "We've been working with them in developing their nuclear industry for the past 30 years."

In India, EDF's nuclear ambitions should benefit from a combination of a growing economy still reliant on coal, a lack of access to electricity for millions of people, and an existing nuclear program, Ursat said.

The company also plans to jointly develop a plant in Turkey in cooperation with Japan, using a new reactor design, the ATMEA1, developed by French multinational Areva and Mitsubishi Heavy Industries. EDF's close partnership with Mitsubishi is an indication of the importance of the Japanese market, Ursat said. Xavier Ursat, EDF vice president talks about his view on the future of nuclear energy (Photo by Tallulah Lutkin)

EDF is in the process of acquiring part of Areva, which is being restructured to save it from bankruptcy. EDF will acquire Areva's nuclear construction operations, renamed New NP, in December for between 1.25 billion and 1.875 billion euros. Mitsubishi Heavy Industries is taking a 19.5% stake in New NP.

EDF's faith in nuclear power is rooted in the idea that only a combination of nuclear and renewable energy sources will enable large countries to become carbon-free. Given the current state of the technologies, it would be almost impossible to run on 100% renewable energy, except for small countries with favorable climates, Ursat said. For most countries, running on 50% to 60% renewable energy "is already an ambitious target."

EDF's investment policy reaffirms this view, stating that the company "invests equally in nuclear and renewables, up to 2 billion euros annually in each energy source for new projects." EDF is developing offshore wind farms in western France and onshore farms in the south, capable of producing more than a combined 1,600 megawatts of energy.

Projections by the International Atomic Energy Agency do not fully support EDF's optimism, and vary significantly depending on circumstances. In the upper-end scenario, nuclear electricity generating capacity could increase from 391 gigawatts in 2016 to 874GW in 2050 worldwide. In the lower-end scenario, it would decline until 2040 before rebounding to current levels in 2050. Only three reactor constructions were started in 2016, down from 15 in 2010.

Moreover, some developed countries have decided to partly phase out nuclear power. France has announced its intention to close up to 17 nuclear reactors. South Korea's new president, Moon Jae-in, has vowed to cancel all plans for new nuclear power plants and "move toward a nuclear-free era," something Germany is already pursuing. Both South Korea and Germany are looking to renewable sources as a replacement for nuclear power, rather than merely as a supplement.

Meanwhile, renewable energy sources are becoming more competitive. According to the International Energy Agency, auction prices for solar power will drop from over $150 per megawatt-hour in 2013 to $30 in 2020.

Still, Ursat remains confident. "For the countries that choose nuclear, it's a very good choice which creates jobs and ensures independence in energy," he said. "If you really want a low-carbon energy mix, the nuclear-renewables duo is an excellent solution."