Production of valuable lithium ramping up in mountains 3,000 meters above sea level 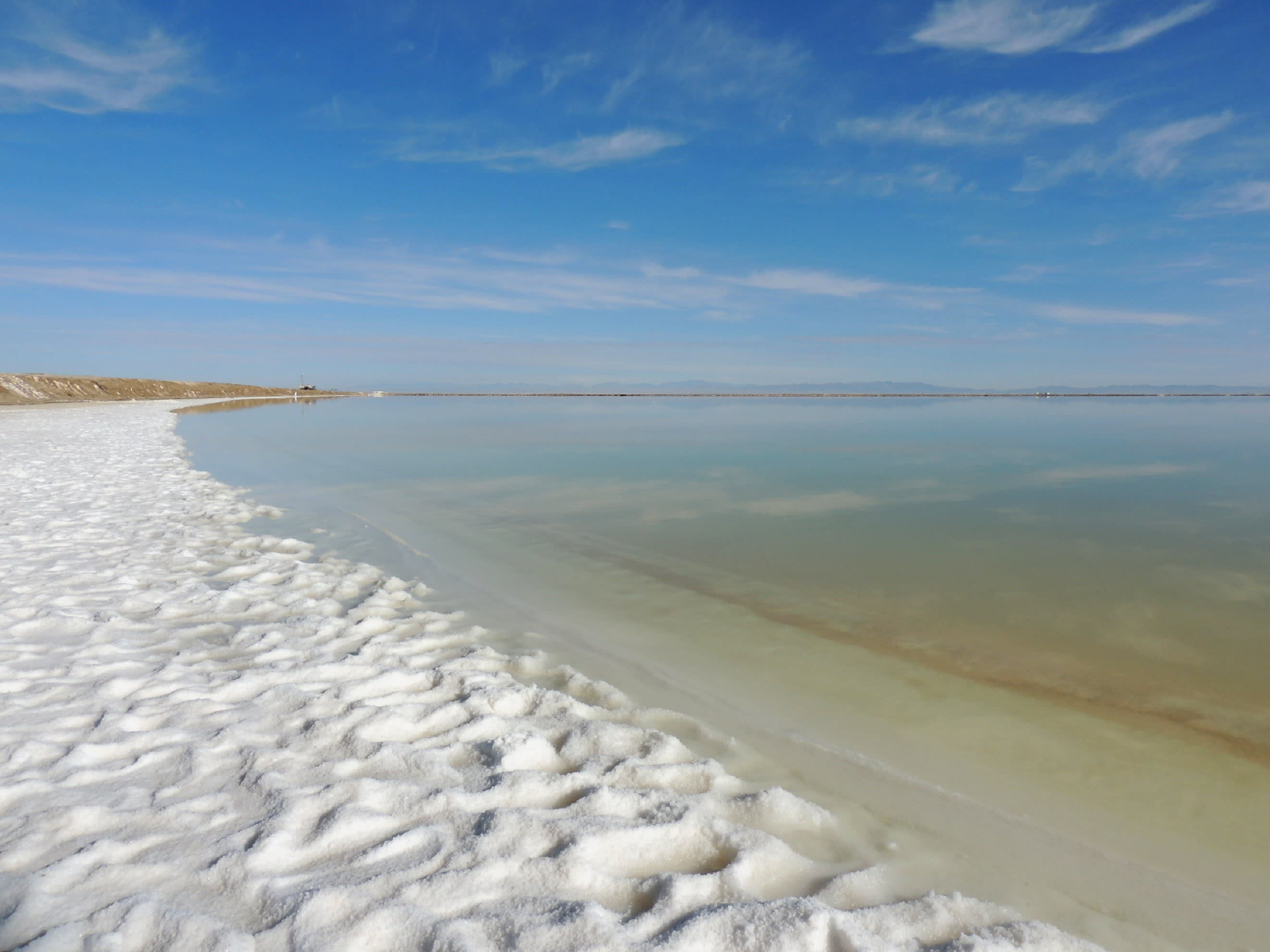 China's Chaerhan Salt Lake is one of the largest lithium-producing areas in the world. Local people call it the "mirror of the sky." (Photo by Yu Nakamura)
YU NAKAMURA, Nikkei staff writerDecember 10, 2017 11:00 JST | China
CopyCopied

GOLMUD, China -- The world is on the brink of an electric vehicle revolution. The widespread use of electric cars will depend on the availability of lithium, which is crucial for electric vehicle batteries. China is the world's second-richest country in lithium reserves, after Chile.

Countries are now scrambling to secure supplies of the valuable metal, but where is it found? I visited a remote area of China, about 3,000 meters above sea level, that is one of the world's largest lithium-producing areas and which the Chinese government considers a strategic region. "Huge amounts of capital are rapidly flowing into the town," a local resident said. Company in focus: For Toyota's president, it's a never-ending quest to find the future

In late November, I took a full day to travel from Guangzhou, Guangdong Province, in southern China, to Golmud in the country's inland province of Qinghai. The air is thin in the area, located high in the mountains between the Tibet Autonomous Region and the Xinjiang Uighur Autonomous Region, and I could walk only a little way before I was short of breath.

"This airport was completed only a little over a month ago. It's brand-new," said an official. I assumed it had been built in anticipation of rapidly growing lithium demand. I got into the four-wheel-drive Land Cruiser that had come to pick me up, and, soon after leaving the airport, I saw a vast expanse of salt marsh extending as far as the eye could see. "The elevation here is high, but in ancient times all this area was under the sea. Crustal movements lifted it up," the driver, a local man, told me.

While I marveled at the grand scale of the landscape, we traveled about an hour and a half to Chaerhan Salt Lake, which takes its name from a Mongolian word meaning "world of salt." At an elevation of nearly 3,000 meters, in the freezing cold and clear air, the vast lake sparkled in the sunlight. Surrounded by large volumes of dried salt, it looked like it was wearing snow makeup. The locals call the lake the "mirror of the sky." The area centering on Chaerhan Salt Lake, is home to 83% of China's lithium deposits, found within several meters of salt sediment on the lake floor.

No living things inhabit the lake or its surroundings, so silence reigned. However, soon 10-ton trucks loaded with heaps of salt recovered from the lake began rumbling by, and the lithium-producing area appeared to suddenly come to life.

After traveling a little farther along a bumpy road built of pressed salt, I spoke to a man named Li Jingwei, 47. He said he had worked for a plant of a state-owned company by the lake since he was 16, and called himself an experienced old hand. "The salt lake provides lots of precious resources. Attention is now on lithium, which is used in electric vehicles," he said. "Small developers have been driven out, and over the past three years, state-owned enterprises have come in and investment has become active. This is such a remote place, but many dignitaries come here." Lithium recovered from Chaerhan Salt Lake is used to make electric vehicle batteries. The area around the lake appeared to have come to life. (Photo by Yu Nakamura)

I wondered which dignitaries visited such a remote place, and was surprised to see the photographs on a wall of the plant where Li was working.

The photos showed Wen Jiabao, Zhang Dejiang, Li Changchun, Zhao Leji, Li Keqiang and other high-level dignitaries. They even included one that showed President Xi Jinping encouraging the employees during his visit in August last year. "Jiang Zemin also came, though there is no photograph of him here. This is a front-line base for China's resources," Li said proudly.

The auto industry is already ramping up for what is expected to be a rapid shift from gasoline to electric vehicles, and as a result, lithium prices have already soared. On Shanghai's metals market, lithium carbonate is trading at around 170,000 yuan ($25,700) per ton, more than three times the level two years ago.

"The price of lithium has risen, and business is good. We expect even better times," said a factory worker of BYD, China's biggest electric vehicle manufacturer. BYD  moved into the area a year ago, realizing that Chaerhan Salt Lake holds the key to electric vehicle growth, and has succeeded in securing a concession for recovering lithium. It jointly set up the factory with a local state-owned enterprise, and is hurriedly preparing to start production.

In China, the world's biggest automobile market, electric vehicles still account for only about 2% of new car sales. However, the country's electric car market is expected to grow rapidly and reach 5 million vehicles by 2025 -- comparable to Japan's entire market for new cars. Preparations are already underway in this remote area of China. A massive wave of business activity that will influence the world is about to spread from the quiet city of Golmud.