Ministers issue press release, not joint statement, due to rift over Ukraine 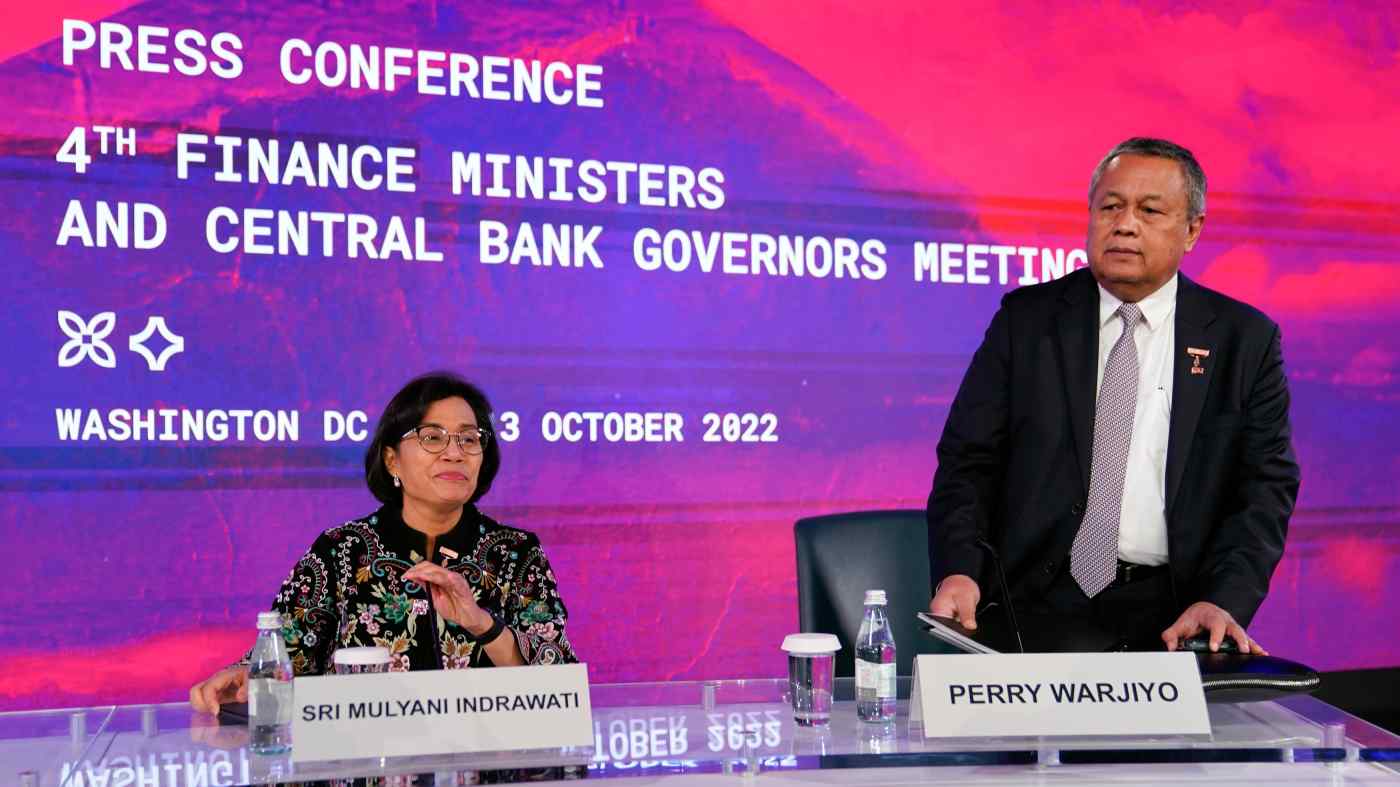 The announcements followed a two-day meeting of the finance chiefs of the G-20, chaired by Indonesia. A continuing rift over the war in Ukraine among the G-20 members, which include Japan, the United States and Russia, prevented the release of a joint statement.

Indonesia said in a press release after the meeting that the G-20 finance ministers and central bank governors had reaffirmed their commitment to address "heightened global economic challenges," citing rising food and energy prices, tightening financial conditions and the lingering COVID-19 pandemic.

To achieve price stability and avoid spillovers, the G-20 members said they will "calibrate the pace of monetary policy tightening appropriately," the press release added.

"We should not dismiss the possibility of an increased risk of recession," she said.

At a time of complex global economic challenges, she also called for "strong leadership and collective action" from the G-20 and underscored that the group should remain a "premier economic forum for cooperation" despite criticism over its dysfunction amid Russia's invasion of Ukraine.

Japanese Finance Minister Shunichi Suzuki told a separate press conference that Russia's war was making it difficult for the G-20 to reach a consensus that would serve as the basis for a joint statement.

The G-20 finance chiefs failed to adopt joint statements at their April and July meetings. Instead, documents summarizing the talks were released by the chair.

The latest gathering in Washington, held on the sidelines of the fall meetings of the International Monetary Fund and the World Bank, took place as the U.S. Federal Reserve has been aggressively raising interest rates since earlier this year, pushing the value of the dollar sharply higher.

A strong dollar helps to hold down U.S. inflation, as it lowers the cost of goods imported by the country, but it hits developing nations in particular by increasing their import costs and the burden of their dollar-denominated debts.

Resource-poor Japan has also been casting a wary eye over the rapid depreciation of its currency. The yen has come under selling pressure amid a widening divergence in monetary policy between the Fed and the dovish Bank of Japan, with inflation relatively low in Japan compared with other major economies.

Suzuki said the G-20 members shared an awareness of the "increased volatility of many currencies."

Apparently reflecting Japan's concerns, the finance chiefs of the Group of Seven industrialized nations also acknowledged the "increased volatility" of currencies and the need to keep an eye on markets during their meeting on Wednesday prior to the G-20 gathering.

In September, Japanese authorities intervened in the foreign exchange market by buying the yen, the first such intervention in 24 years.

Japan, which will serve as next year's rotating chair of the G-7, announced Thursday that the G-7 meeting of finance chiefs will be held from May 11 to 13 in Niigata Prefecture.