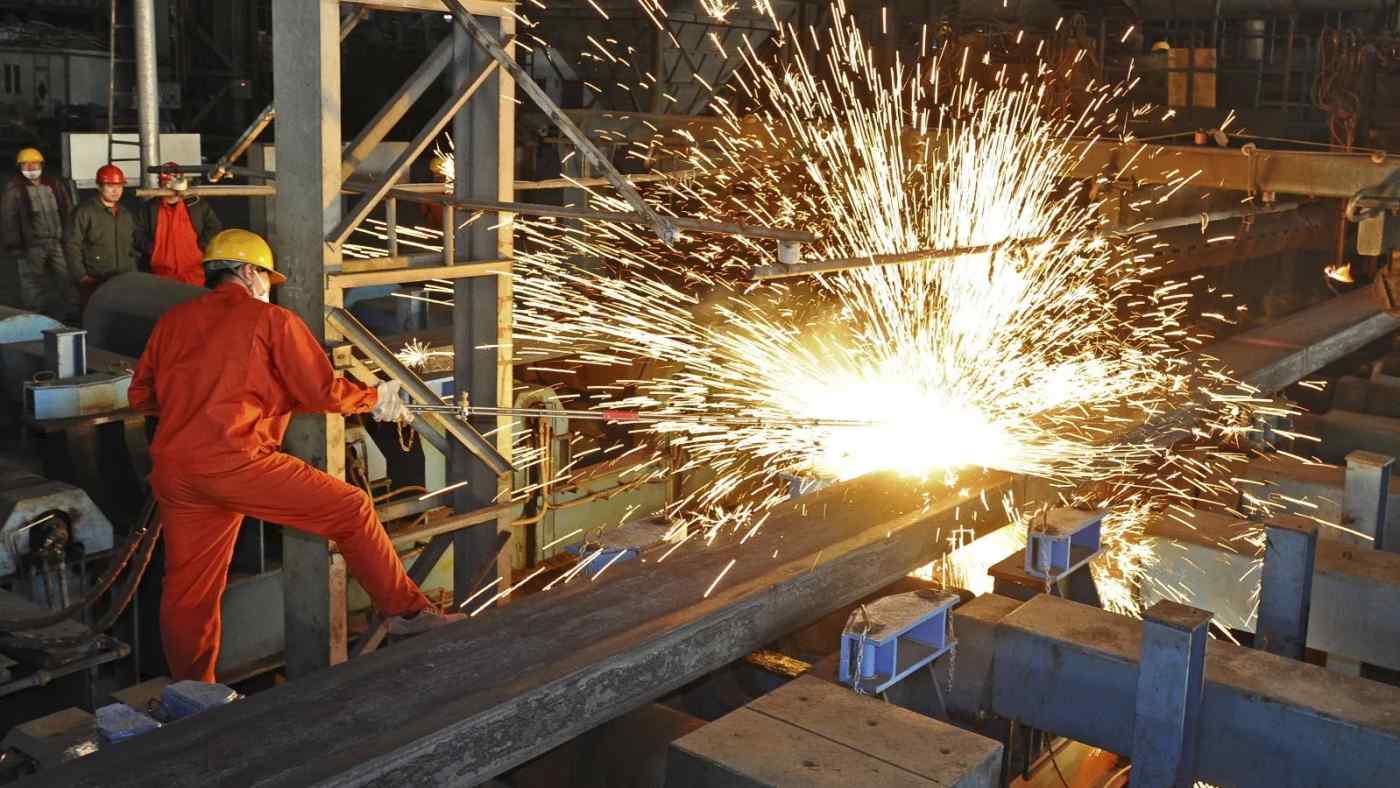 TOKYO -- The Group of 20 looks to replace an international forum meant to prevent overproduction of steel as China, the world's top producer, stands in the way of extending the body's time limit.

Beijing strongly opposes continuing the current format, called the Global Forum on Steel Excess Capacity, which is set to expire at the end of the year, as well as the self-reporting on production.

But other members of the G-20, the group of leading rich and developing economies, favor having a system of mutual oversight in place. Whether a new framework would prove more effective than the current one would depend on China's participation.

The country raised production steadily starting in 2000, until the capacity reductions of the past three years. But China's steel output has started to rebound during its trade war with the U.S.

China churned out 577 million tons of crude steel in the first seven months of the year, a record pace that puts an annual tally of 1 billion tons within reach.

The formation of the steel forum was first agreed to at the G-20 summit in 2016. The initiative brings together delegates from 33 nations and territories including Japan, the U.S., the European Union and China. Other major steel producers such as Brazil, India and Russia are also founding members.

To tamp down on excessive production, participants are required to present regular reports on the state of steel production. But many of the discussions focus on China's handling of surplus capacity, drawing the ire of Beijing.

Japan will work with like-minded members such as the U.S., the EU and Russia next year to establish the new discussion framework. Tokyo also will urge Beijing to take part, officials say. Few other forum members have any objections.

The framework could be ratified as early as next year's G-20 summit, but a lack of consent from the world's second-largest economy could complicate the process. Such talks to combat the steel glut also could be weakened if China drops out.

"At this point, I cannot predict what kind of framework can be crafted," a source close to Japan's government said.