G-7 tax deal reverberates in Singapore and beyond: What to know SINGAPORE -- The Group of Seven advanced economies last week committed to setting a global corporate tax rate of "at least 15%" -- a major milestone in the push for fairer taxation in an era of globalization and digitalization.

While the G-7's proposal will be discussed further in the coming weeks in larger international frameworks, such as the Group of 20, Asian countries and multinationals are already weighing the impact, should a minimum tax materialize.

Some may benefit from a level playing field. Others could lose their luster as investment destinations, especially given persistent pressure to impose corporate taxes above the proposed minimum of 15%. Either way, policymakers and business leaders are likely to have strategic adjustments to make.

Here are some of the implications for Asia.

Will Singapore and Hong Kong become less attractive to investors?

Some countries and territories in Asia have enticed multinational companies to set up operations with low tax rates. Singapore's corporate tax is set at 17%, while Hong Kong's is 16.5% -- lower than those of most other Asian economies. They also offer concessions that can reduce the effective tax rate further. It remains unclear how the proposed minimum rate rule would treat such incentives.

Chester Wee, who heads EY's ASEAN international corporate tax advisory business, told Nikkei Asia that both cities would "need to review their corporate tax regime to ensure their relevance in the new tax world." Still, he added that they would likely continue to attract investment even if the tax floor were set at 15%.

Singaporean Finance Minister Lawrence Wong said "it is too early to say" what the impact would be, in a Facebook post on Tuesday. But he said that once a global consensus is reached, Singapore "will make any necessary changes to our corporate tax system, in close consultation with businesses and tax professionals."

Wong stressed that "the new rules should not inadvertently weaken the incentives for businesses to invest and innovate. Otherwise, countries will all be worse off, fighting over our share of a shrinking revenue pie." Hong Kong's Financial Secretary Paul Chan on Monday told the legislature that the proposed tax regime might affect some of the tax concessions the city offers to various industries, according to a Bloomberg report. "We would like to use low tax rates to promote development for certain sectors," Chan said, "so we may be restrained [from] using a low tax rate regime as a competitive method."

Other Asian jurisdictions that have relatively low corporate tax rates include Macao, at 12%, and Brunei, at 18.5%, according to data from the Organization for Economic Cooperation and Development.

How have Asia's multinationals reacted?

So far, few Asian business leaders have revealed their views on the G-7 proposal. The scheme may be a bigger issue for Western multinationals like Google and Facebook, whose tax-avoidance strategies have drawn heavy criticism. But Asian companies could also be affected.

Global Times, a Chinese state media outlet, on Sunday reported an expert's view that the minimum tax rule would discourage the country's tech giants from avoiding taxes by setting up accounts in other countries, giving Beijing more control. "Like their U.S. and European counterparts, many big tech companies in China also have divisions in tax havens such as the Cayman Islands, including Tencent and Alibaba," the report said.

Masakazu Tokura, head of Japan's biggest business lobby, Keidanren, as well as chairman of Sumitomo Chemical, told reporters that the minimum tax would help prevent a "race to the bottom" on global tax rates and help keep domestic industries from shrinking. He added that the new regime should not complicate administrative procedures.

Many in Japan, though, are still scratching their heads. Finance Minister Taro Aso said on Tuesday he had no idea how big an impact the new tax regime would have on Japanese companies.

What do Asia's G-20 members say about the proposal?

Other than Japan -- the only Asian member of the G-7 -- Australia, China, India, Indonesia and South Korea are all part of the G-20. A key question is whether countries outside the G-7 will embrace the new tax regime.

"We support reaching consensus on a solution by mid-2021 within the multilateral framework, according to the mandate of the G-20," Chinese Foreign Ministry spokesman Wang Wenbin said Tuesday. "China believes that all countries, including G-20 [members], should contribute in a pragmatic and constructive manner, properly handle the major concerns of all sides and demonstrate inclusiveness in the design of the solution," he said. 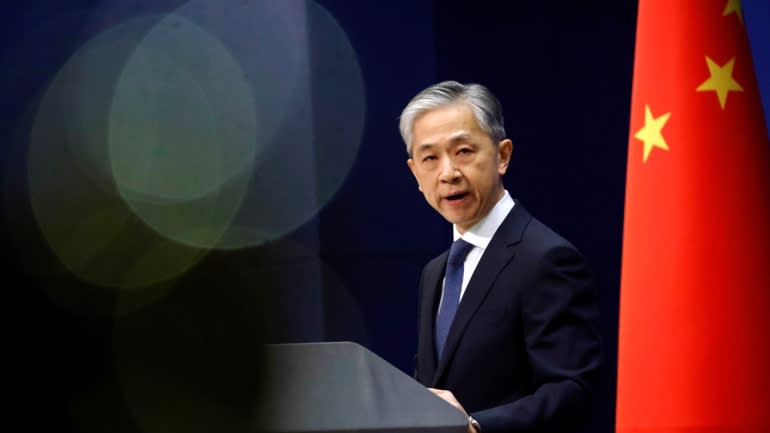 Australian Treasurer Josh Frydenberg said, "Australia welcomes the commitment from G-7 nations to agree a globally consistent approach to the tax challenges posed by the digitalization of the economy," according to local media reports.

South Korea's Finance Ministry said the tax rules may have a mixed impact on the country, as corporations would face a financial hit, but the government could see more tax income. "Companies with affiliates in tax havens will encounter heavier tax burdens," said a ministry director who asked not to be named. "For the government, it's a plus factor to collect tax revenues."

Indonesian Finance Minister Sri Mulyani Indrawati backed the minimum tax proposal in an opinion piece in the Washington Post, which she co-authored with four counterparts. Officials from India have yet to publicly react to the G-7 agreement.

The Economist Intelligence Unit on Wednesday noted that G-20 members outside the G-7 are "thought to be broadly favorable to the reform, although apart from China their governments and firms are unlikely to be important net tax recipients or payers."

How have other emerging economies in Asia reacted?

Thai Prime Minister Prayuth Chan-ocha has instructed his economic departments to study the impact of the G-7 deal, according to a local report. Prayuth said the move could be both a boost and bane for Thailand's efforts to attract foreign investment, including in the Eastern Economic Corridor, according to The Nation. "Thailand must monitor, adjust and improve regulations to increase competency in line with changes in the future," a government spokesperson said in the report.

Like Thailand, many jurisdictions in emerging Asia provide tax incentives that result in lower effective rates to lure investors.

Where does the discussion go from here?

The G-7's communique only briefly mentioned that the group would "commit to a global minimum tax of at least 15% on a country-by-country basis," leaving details for future talks at broader forums such as the G-20 and the OECD.

"At least 15%" implies some countries may still push for a higher threshold. The U.S. Treasury Department, which proposed the 15% minimum rate, said last month that "15% is a floor and that discussions should continue to be ambitious and push that rate higher."

Some low-tax economies such as Ireland, whose corporate rate is just 12.5%, are likely to resist.

Fair taxation advocacy groups say 15% is too low. "This deal must be a starting point for a future agreement that includes a higher minimum tax rate, and one that works for lower-income countries, too," said Tax Justice UK's Executive Director Robert Palmer in a statement.

Gabriela Bucher, executive director of Oxfam International, a charity, said the 15% minimum "will do little to end the damaging race to the bottom on corporate tax and curtail the widespread use of tax havens."

For now, the lack of certainty poses a risk. EY's Wee warned that in the near term, the "investment climate could be dampened due to uncertainty engendered by these global tax changes."