Borrowing fueled by ultralow rates could spark next disaster 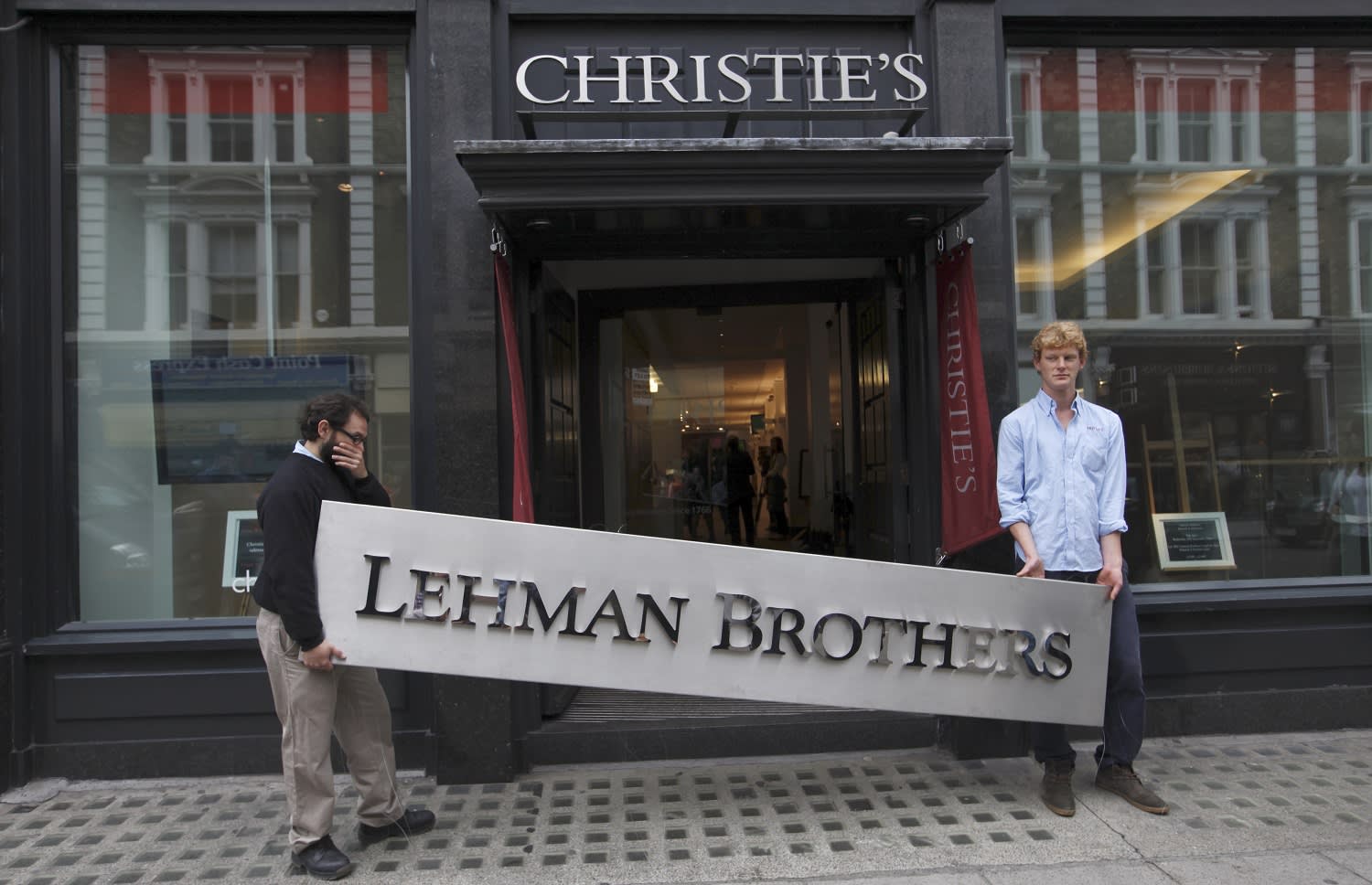 TOKYO/BERLIN -- A decade on from the fall of Lehman Brothers, worldwide debt continues to swell on the back of easy-money policies aimed at revitalizing struggling economies, potentially sowing the seeds of another global financial crisis.

Government, corporate, household and financial-sector borrowing totaled a record $247 trillion at the end of March, up 43% from the end of 2008, according to the Institute of International Finance. With gross domestic product growing just 37% over the same period, the world's debt-to-GDP ratio rose to 3.2 from 2.9.

Borrowing beyond means was an indirect cause of the 2008 financial disaster. Prominent Singapore-based American investor Jim Rogers has warned that the next crisis is coming, and it will be fueled by this buildup.

Much of the borrowed money flooded into financial and asset markets, sending valuations soaring. Total global stock market capitalization has surged roughly 160%, or $52 trillion. The value of the world's real estate reached $281 trillion at the end of 2017, growing 6% that year alone, according to U.K. real estate company Savills.

But all that debt has done little to boost the real economy. Investors face fewer profitable investment opportunities as graying populations sap the growth potential of major economies. The Organization for Economic Cooperation and Development estimates that the bloc's potential GDP will grow 1.81% this year, compared with 3.26% in 1990. Nonfinancial companies have added $28 trillion to their debt load. Two-thirds of the increase stems from China, where defaults are rising slowly but steadily. Qiandongnan State Kaihong Asset Management, a local-government-run investment company in the southwestern province of Guizhou, in July failed to repay tens of millions of dollars' worth of debt on time. It had invested the funds in projects making little money, such as redeveloping aging homes.

Borrowing has not spurred much growth in developed economies either. Starbucks bought back $4.9 billion in stock in the year through June, funded partly with $2.9 billion in bonds issued over the same period.

The U.S. Congressional Budget Office estimates that the massive tax cuts and expanded spending implemented under President Donald Trump will widen the country's budget deficit to more than $1 trillion in the year through September 2020. 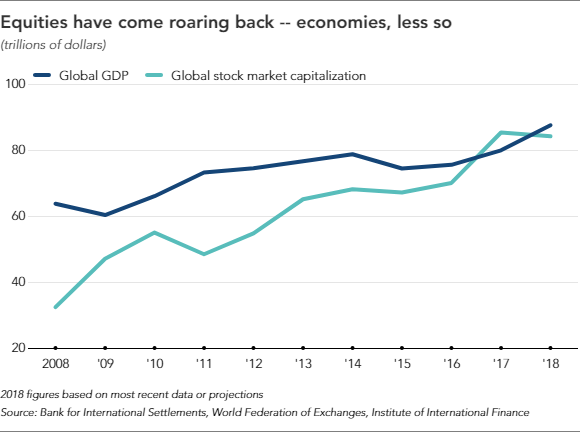 The makeup of lenders has changed markedly over the past decade. Tighter regulations, while strengthening safeguards on the core of the financial system, have reduced the role of banks. Loosely regulated shadow banks -- asset management companies, pension funds, hedge funds and the like -- have filled the gap. These actors are expanding their holdings of risky debt, such as sovereign bonds from emerging markets, which some fear could ignite another crisis.

Despite the presence of risks such as the U.S.-China trade war, the global economy is still expanding, buoyed by the U.S. tax cuts and other stimulus measures. This has spurred central banks in the U.S. and Europe to start normalizing the ultraloose monetary policy implemented after the crisis.

But how this will affect a global economy with dimming growth prospects is difficult to say. Mounting debt has left borrowers more vulnerable to rising interest rates, yet a shift back toward easing would encourage even more borrowing. Even a decade on from the crisis, policymakers worldwide still face tough choices.