A ship in Yangon port, which is close to capacity and not easily expandable. Development of Thilawa port in the suburbs of Yangon will help the country handle its growing trade.
YUICHI NITTA, Nikkei staff writerDecember 22, 2017 15:30 JST | Myanmar, Cambodia, Laos
CopyCopied

YANGON -- Myanmar's rapid trade growth is driving development of Thilawa port in the suburbs of Yangon, the country's largest city, with a number of expansion projects planned or already underway.

A new container terminal project is also under construction with the help of financial aid from the Japanese government. The 22 billion yen ($194 million) terminal is scheduled to be completed in 2019. 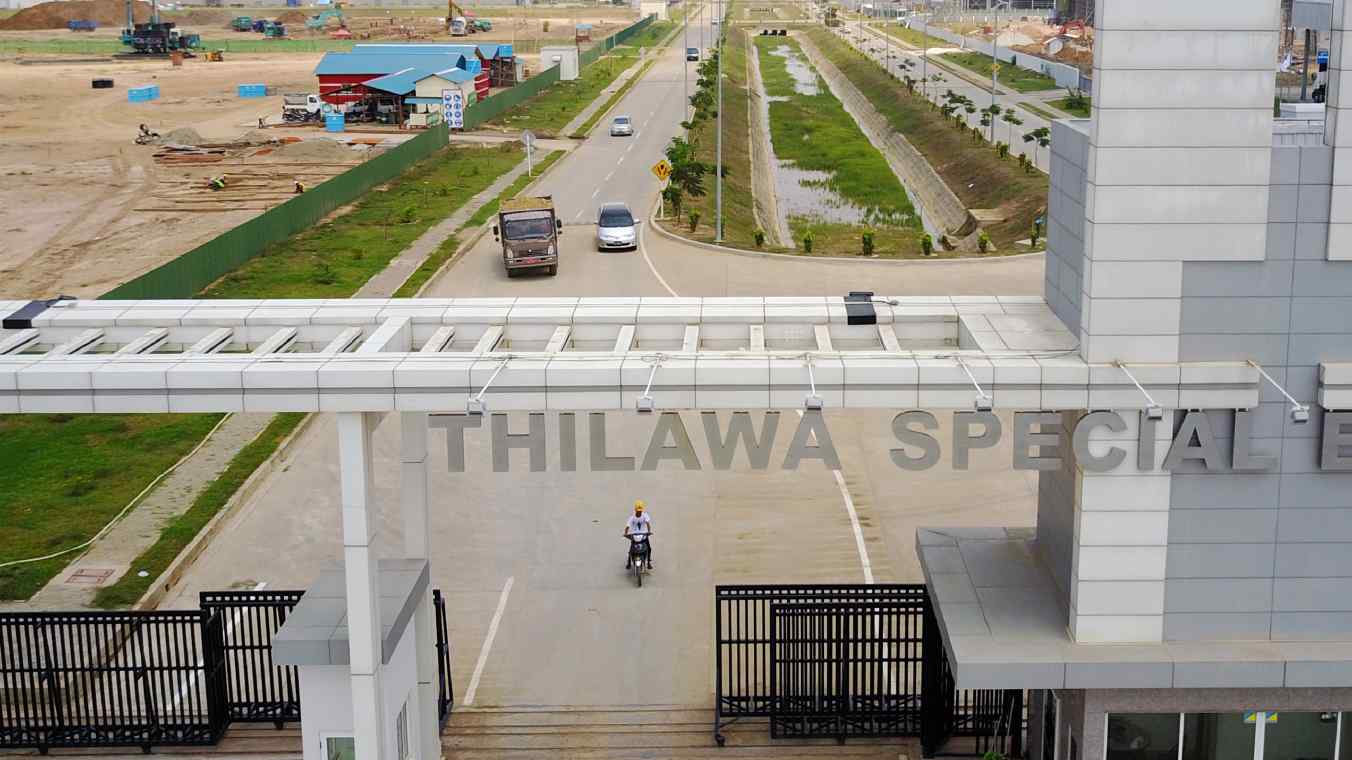 Meanwhile, Lluvia, a food maker under CDSG, and Kamigumi, a Japanese port and logistic facility operator, will spend $65 million to build facilities to handle grain, including warehouses and a terminal for bulk carriers. When completed in 2019, the facilities will handle about 1 million tons of freight annually.

In addition to supplying imported wheat for Lluvia's plants, the facilities will also provide materials for food makers in the Thilawa special economic zone, an industrial park adjacent to the port.

Development of the port is expected to raise the logistics efficiency of the industrial park.

Thilawa port extends some 6km along the Yangon River, but the area is underutilized. The lack of bulk ports has kept transportation costs high, says Ni Aung, general manager of the Myanmar Port Authority. 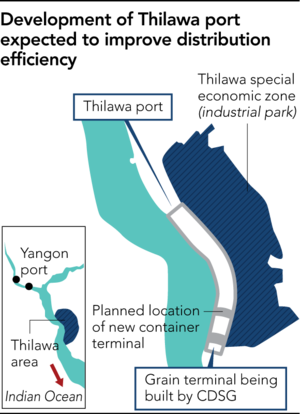 A bulk terminal near Yangon would make it possible to transport wheat imported from Australia to the city without transshipment, cutting shipping costs by 20-50%, according to the port authority chief.

In 2016, 1.02 million twenty-foot equivalent units, or TEUs, of containers were handled by Myanmar, up 170% from five years earlier. Most of the containers went through Yangon port, which is close to capacity and cannot be easily expanded.

This has prompted the government to set its sights on Thilawa port.

First-phase sales of plots within the nearby industrial park, which opened in 2015, are almost over. Japanese companies account for half of the investors, with the remainder coming from Thailand, Myanmar and other countries.

Ajinomoto and Acecook began production at the park in 2017, while automakers and manufacturers of electronics and other consumer products are busy constructing plants there. Thilawa port will be used as their shipping hub.

A senior executive of a Japanese company operating in the industrial park says a developed port will cut procurement costs.

The Myanmar government is trying to attract business to the area to create a new export hub. However, growing international criticism over Myanmar's persecution of its Rohingya Muslim minority could dampen development efforts.