Half of Japan's regional banks mark second year of losses 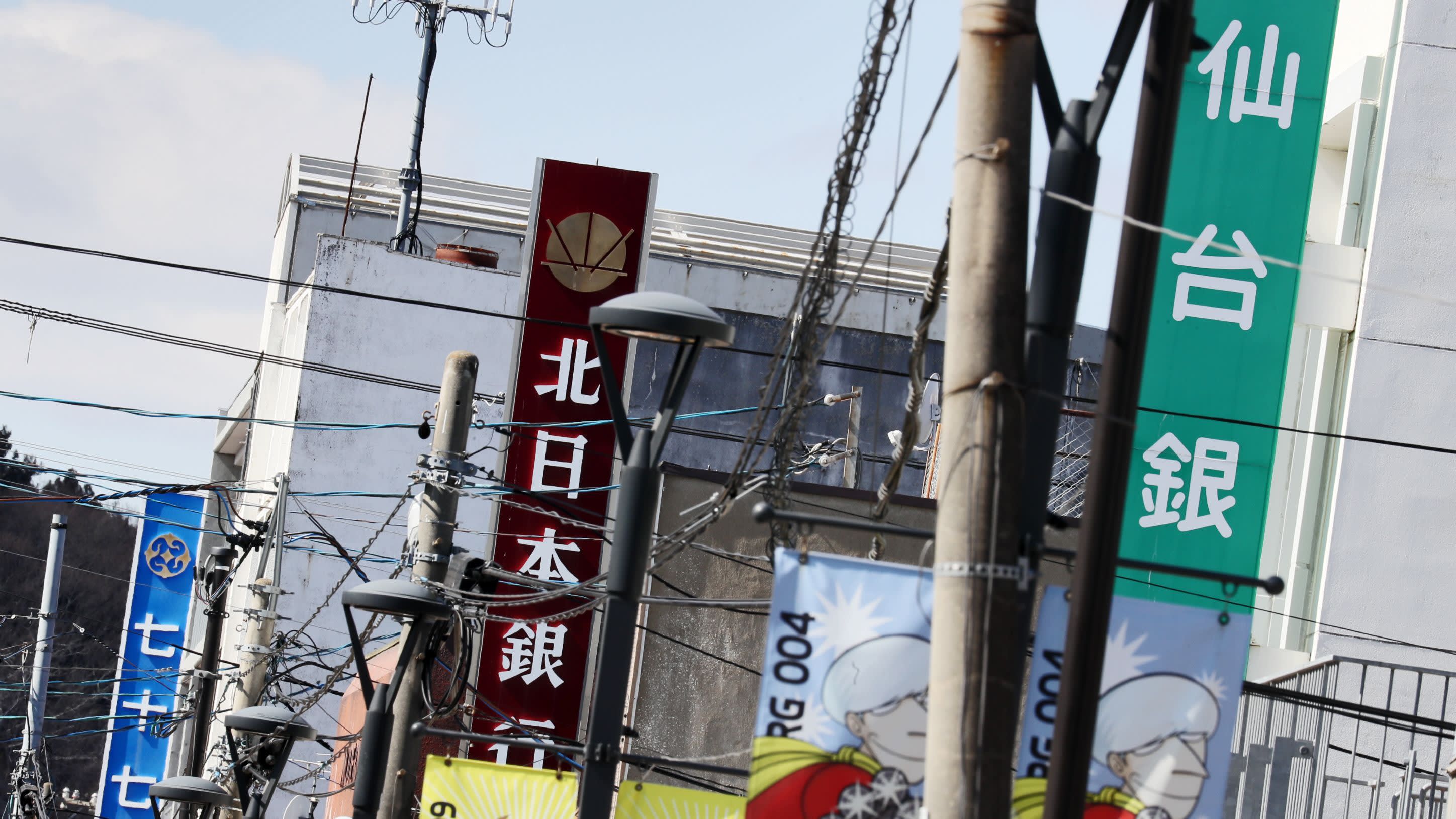 TOKYO -- About half of Japan's 106 regional banks incurred a loss from their core operations for at least two years in a row, the Financial Services Agency reported Wednesday, highlighting the broad impact of the country's ultralow interest rates.

The data is based on earning results for fiscal years ending March 31. Profit from lending operations and fee income from selling investment trusts are included in core earnings.

Fifty-four regional banks incurred a loss in the year ended March, with 52 of them bleeding red ink for at least for a second straight year. Twenty-three sustained a loss for five straight years or longer.

With interest rates in Japan long stuck at ultralow levels, banks make meager profits from lending. Each year, more and more regional banks fall in the red and stay there.

The banks have compensated for poor core earnings by managing portfolios of securities like stocks and bonds. As they realize profits by selling assets above their book value, regional banks' unrealized profit on securities dropped to 1 trillion yen ($8.85 billion) from 2.6 trillion yen in two years through the end of March. The FSA is urging the banks to establish a sustainable business model quickly.