Hawks in Washington take aim at medical imports from China 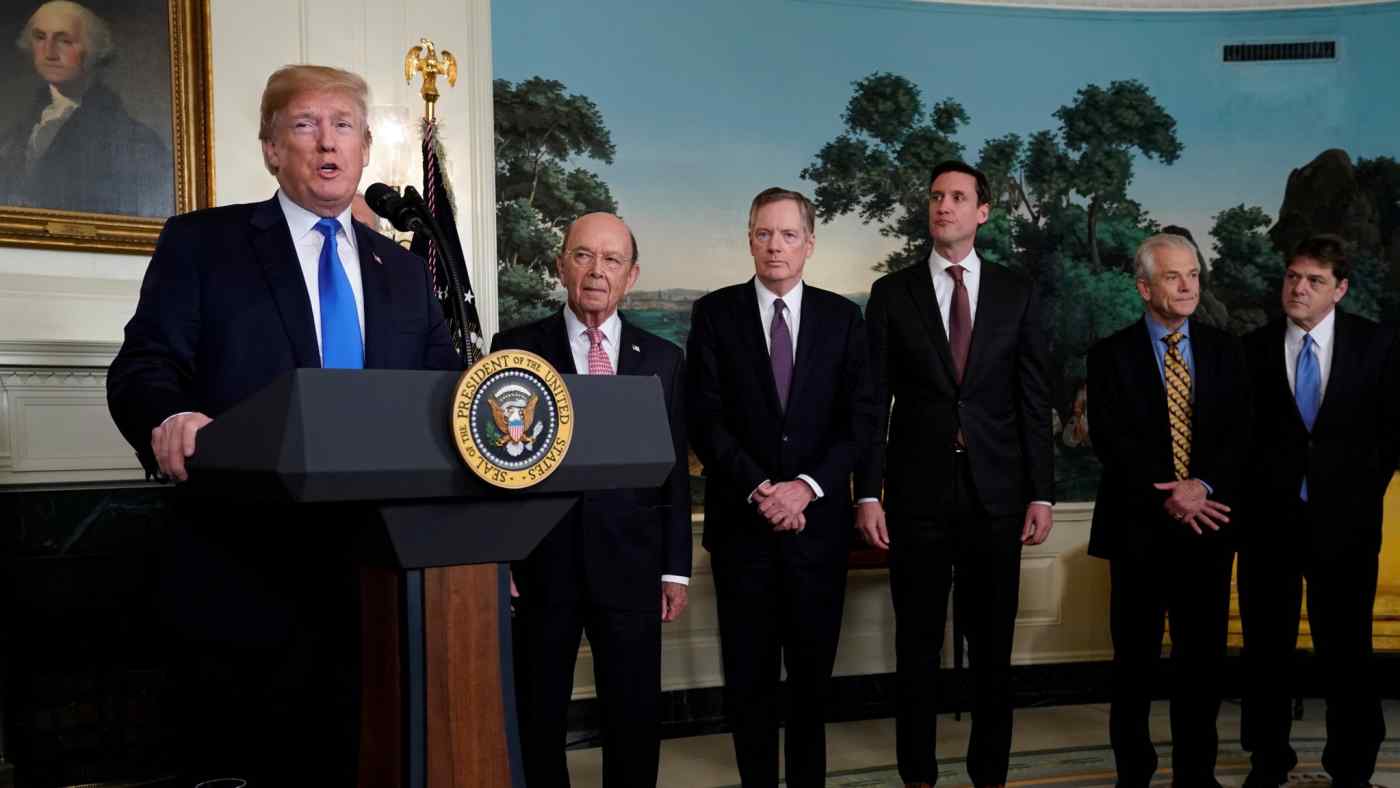 WASHINGTON -- U.S. policymakers who drove the trade war with Beijing are turning their attention from intellectual property and farm goods to medical products, as the coronavirus pandemic underscores America's reliance on China for lifesaving medical supplies.

China accounts for 18% of overall U.S. imports, but according to the Peterson Institute for International Economics, the share is 26% for medical supplies.

The reliance is even greater for products that have become vital amid the coronavirus pandemic -- 72% of respirators and surgical masks and 55% of goggles and visors come from China, according to the think tank.

"We are learning in this crisis that overdependence on other countries as a source of cheap medical products and supplies has created a strategic vulnerability to our economy," U.S. Trade Representative Robert Lighthizer told a meeting of the Group of 20 leading economies last month.

This has given China hawks in the President Donald Trump's administration a chance to further their aim of decoupling the two economies. In an interview with Fox on Monday, Trump trade adviser Peter Navarro decried "low-quality" antibody tests coming into the country from China. 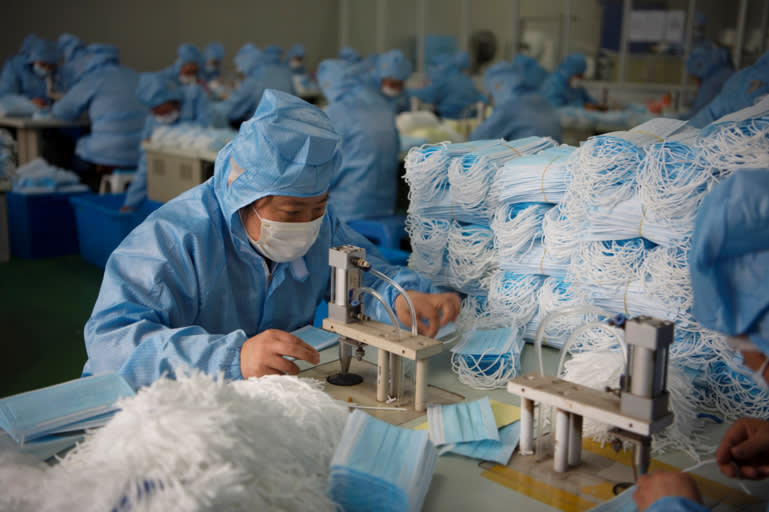 The U.S. relies heavily on China for vital protective medical gear such as surgical masks.   © Reuters

Navarro revealed last month that he was drafting an executive order that would encourage government agencies to "buy American" when it comes to medical products. While such a measure could violate World Trade Organization rules, Navarro has said that the U.S. must "bring our pharma supply chains home."

Asked about steps his administration was taking to reduce reliance on China, Trump told a press briefing Monday that "we've already discussed that," adding: "If you look prior to this virus, the deficit was coming way down under my administration because I put massive tariffs on China."

Members of Congress have also been moving to further distance America from China since March, when confirmed coronavirus cases began surging in the U.S.

Lawmakers including Sen. Marco Rubio, a member of Trump's Republican Party, and Sen. Elizabeth Warren, previously a prominent Democratic presidential candidate, introduced legislation that would require drugmakers to disclose the extent of their dependence on Chinese ingredients. Sen. Rick Scott, a Republican, sponsored a bill that would restrict imports of medical supplies from China.

Such moves have alarmed some companies struggling amid the pandemic. Business groups including the U.S. Chamber of Commerce have urged Washington to suspend tariffs on Chinese goods until the crisis subsides.

Imports of products such as ventilators and oxygen masks were excluded from the tit-for-tat duties from the outset, but the Trump administration has not provided the broader relief that companies seek. While the Treasury Department said on April 19 that it would offer importers a 90-day deferment on payment of certain duties and taxes, the China tariffs will continue to be collected.

While the outbreak has "significantly increased" long-standing concerns about China's reliability as a trading partner, the U.S. must be careful with its policy responses, said Clete Willems, former deputy director of the National Economic Council.

"Instead of trying to make everything domestically, which is unrealistic, the United States should seek to strengthen partnerships with trusted allies that it can rely on in a time of need," he said.

Willems recommended that the U.S. revisit aspects of its tariff posture. "For example," he said, it "should lead the world in dropping tariffs on all medical supplies as soon as possible and should consider whether to expand and extend tariff deferrals to try to get companies and consumers through a difficult period."

But Washington should also take care not to permanently eliminate all forms of leverage over China until Beijing changes unfair practices, he added.

The coronavirus outbreak came on the heels of a ceasefire in the U.S.-China trade war. A bilateral deal that took effect Feb. 14 set the ambitious target of having China boost its goods and services imports from the U.S. by $200 billion over 2020 and 2021.

The pandemic is weighing on supply and demand on both sides, making it even less likely that this goal will be achieved. Yet Trump has expressed confidence that Beijing will "live up to the deal."

With a presidential election in November, neither Trump nor his likely opponent, presumptive Democratic nominee Joe Biden, is likely to ease up on China going forward.