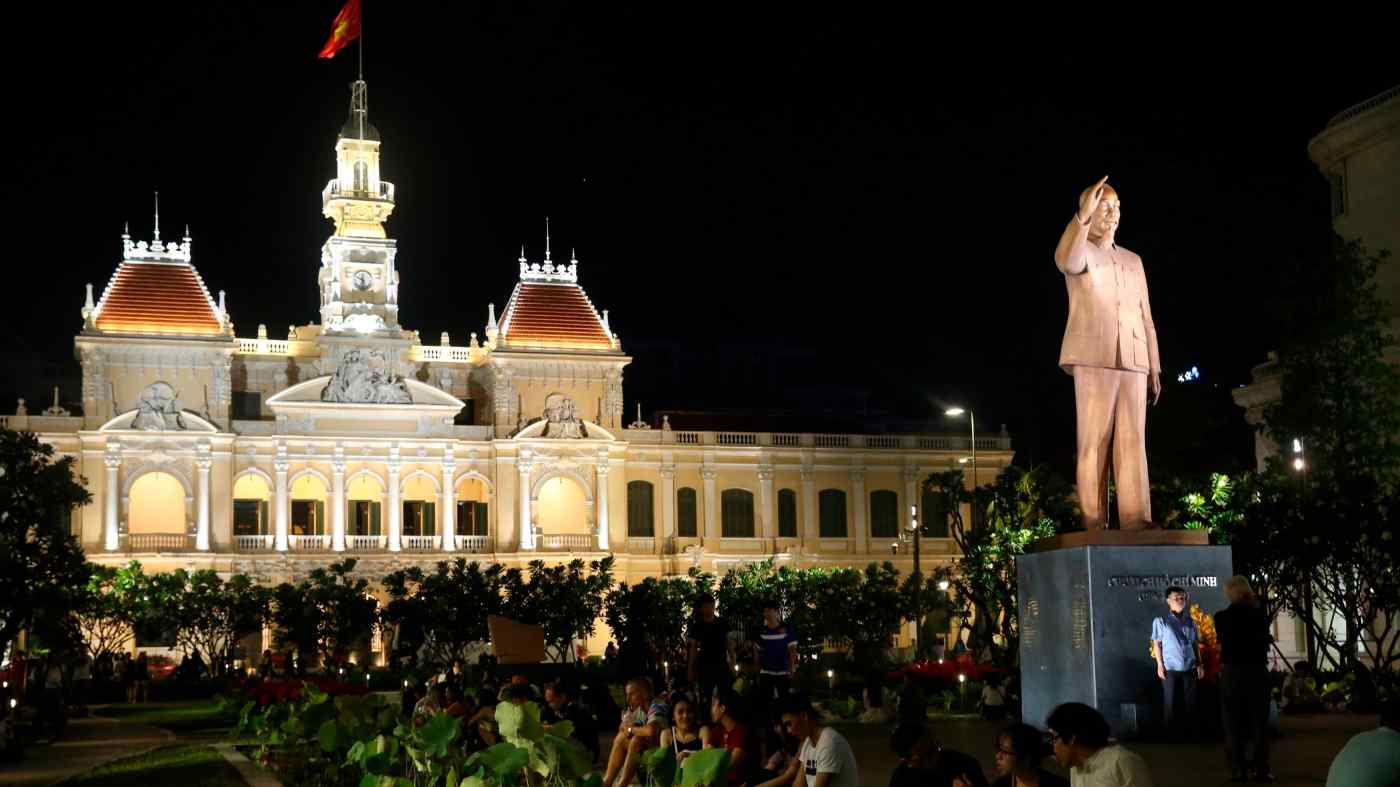 HANOI -- Ho Chi Minh City is moving to develop itself as a financial center in the Mekong region and beyond.

The Ho Chi Minh City People's Committee, the executive arm of the southern Vietnamese city, recently proposed a development plan to Prime Minister Nguyen Xuan Phuc. The proposal is a key pitch ahead of the Communist Party convention in January, which will lay out the country's economic path for the next decade.

The committee's pitch comes as Vietnam plans to provide Ho Chi Minh City with increased financial support to boost the southern commercial hub's economy in a bid to help the country rise from the economic devastation caused by the coronavirus pandemic.

"The successful formation of the Ho Chi Minh City financial center is expected to create positive impacts on the country's capital resources while attracting investment flows that will support business and financial products and services," the city's People's Committee said in a document sent to Hanoi earlier this month.

Economic experts say Beijing's moves to tighten its grip on Hong Kong with the national security law could have encouraged Ho Chi Minh City to speed up its plan to attract financial investors and services providers. Experts say the city is well positioned to become an international financial center. It contributes 22.3% of gross domestic product, 26.6% of national budget revenue and 33.8% of the nation's foreign direct investment.

With Fulbright University Vietnam as a consultant, the city government is now working on a feasibility study on the city's development plan as a financial center. FUV is expected to release its first report in September.

Ho Chi Minh City said it wants its proposal to be included in the country's "Economic and Social Development Strategy for 2021-2030 and Vision for 2045" as an important national strategy. The strategy will be approved by the Communist Party convention in January.

City leaders were keen to pitch their plan to a business summit in the city on Aug. 25, in which U.S. companies participated.

"The international financial center project is expected to empower the city to stay ahead of the trend of comprehensive globalization of investment in commerce, finance and technology," said Duong Anh Duc, vice chairman of the People's Committee. "We understand that there is still a big gap between existing context and our vision. We look for external resources from international partners particularly in human resources training, accounting, auditing, fintech consulting and financial management."