Death toll rises to 44, with 660 injured; power restored, but concern about blackouts remains

The earthquake caused multiple landslides in the town of Atsuma, southeast of Hokkaido's largest city of Sapporo. Flowers were left on the desk of Nobuyuki Nakagawa, one of the victims of the earthquake, at Atsuma town hall. (Photo by Takuya Imai) Ticket counters are mostly deserted at New Chitose Airport on Sept. 12. The airport was closed after the earthquake on Sept. 6, but reopened the next morning for domestic flights and the following day for international flights. 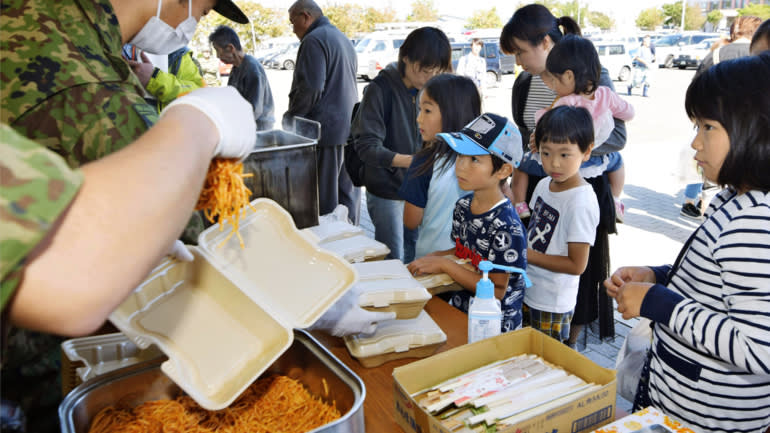 People line up at a food distribution station organized by Self-Defense Forces personnel in Mukawa, near Atsuma. 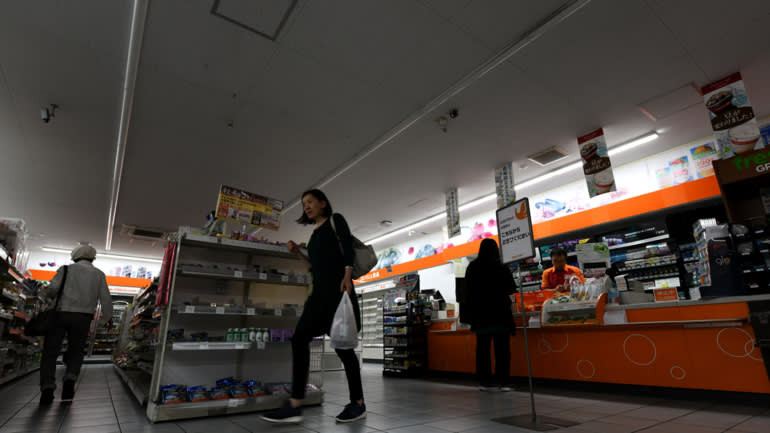 A supermarket in Sapporo operates with half its lights turned off. Retailers are reducing lighting in response to a government request for businesses to limit their power consumption. 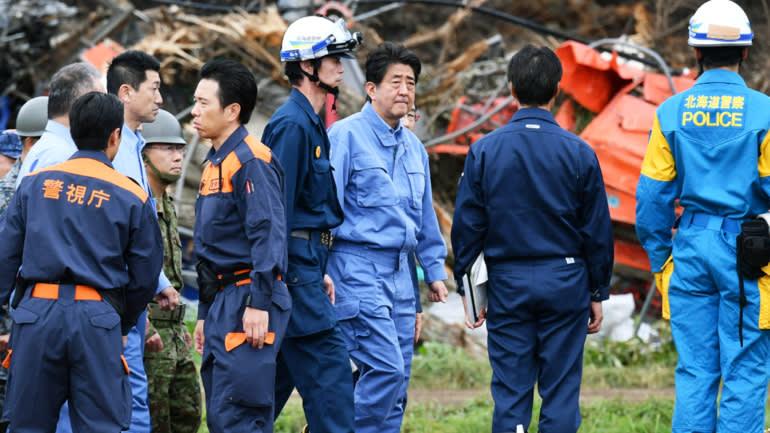 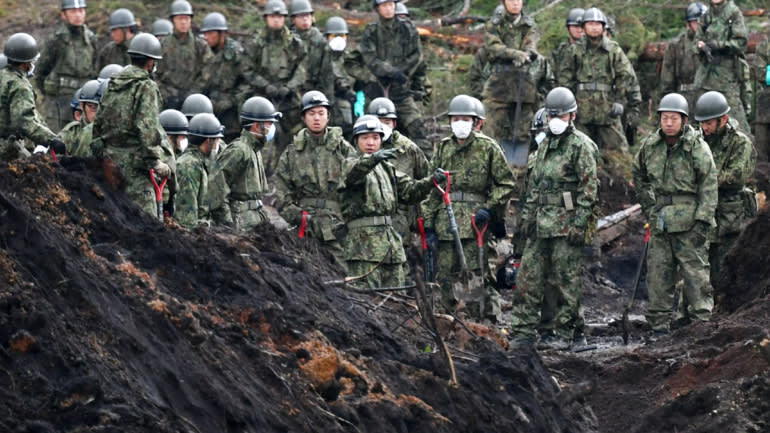 Boys enjoy a temporary bathtub set up in Atsuma. 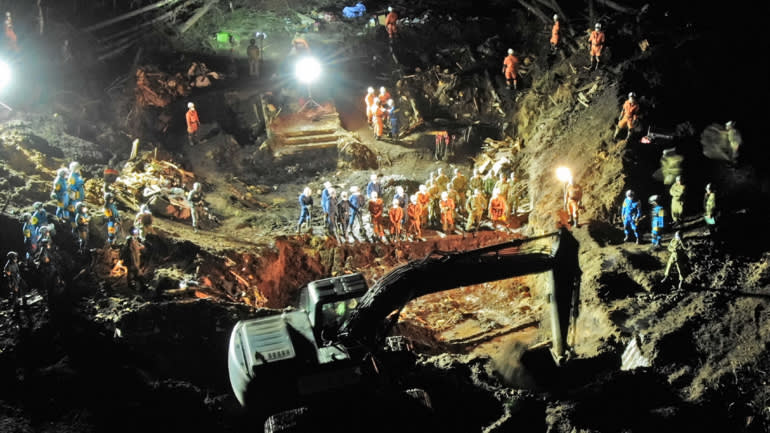 Rescue workers in Atsuma search for survivors at night as they rush to find the remaining missing people. Day 3 marked the critical 72-hour limit for victims' survival. Rescue workers search for survivors at the site of a landslide in Atsuma. Traffic lights failed in Sapporo after the earthquake caused power outages across the region. 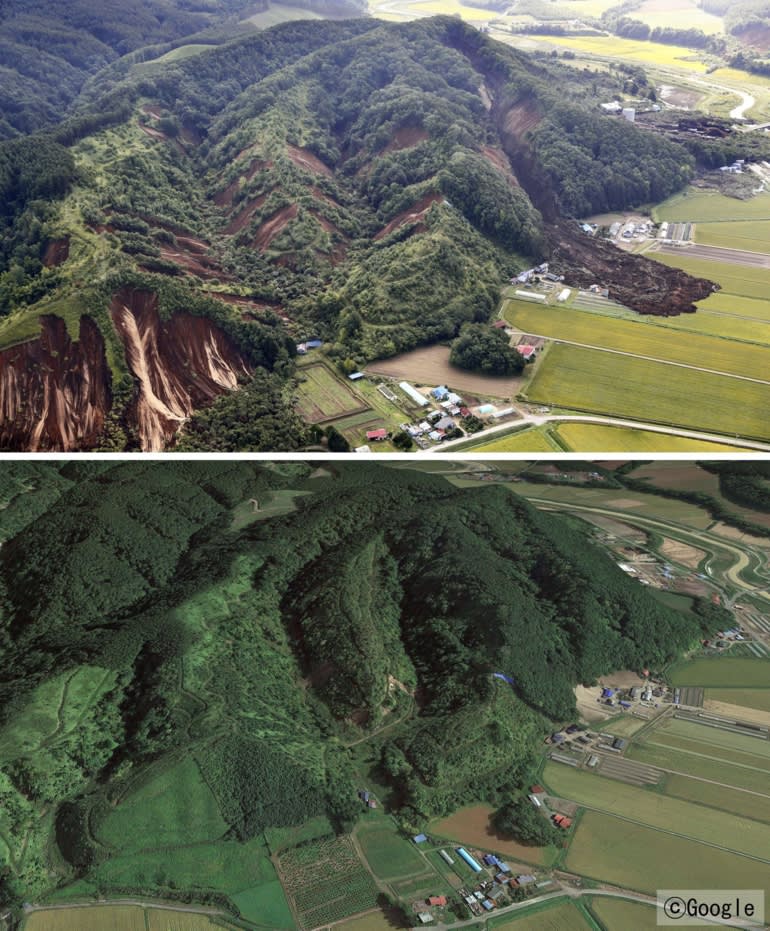 The earthquake triggered multiple landslides in Atsuma. These photos show the scene after the quake, top, and the same location before.

People wait in line to stock up on supplies at a shopping mall in Sapporo. Staff walk along a flooded hallway at Sapporo's New Chitose Airport. The terminal was closed Thursday and all flights were canceled. People line up at a ticket counter at Asahikawa Airport in central Hokkaido.