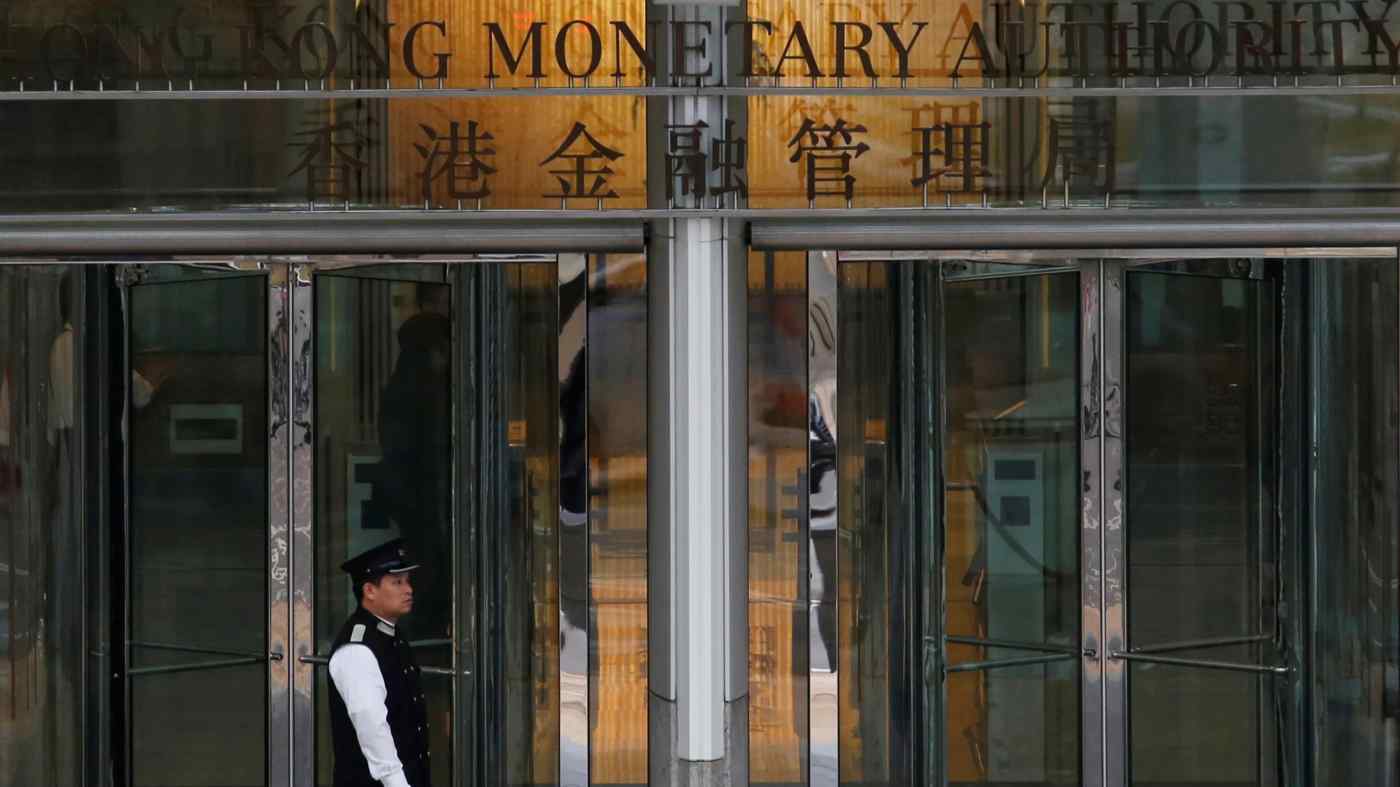 The Hong Kong Monetary Authority keeps its policy in lock-step with the U.S. Federal Reserve as the city's currency is pegged to the greenback in a range of 7.75-7.85 per dollar.

On Thursday, the HKMA cut the base rate it charges through its overnight discount window by 25 basis points to 2.5%. The Fed cut rates on Wednesday for the first time since the global financial crisis, reflecting central banks' bias towards easing policy amid slowing global economic growth and the protracted Sino-U.S. trade war.

HKMA chief executive Norman Chan warned on Thursday that the Hong Kong Interbank Offered Rate (HIBOR), which provides a benchmark for many local currency loans, may not immediately track the Fed's move given domestic liquidity pressures.

He said Hong Kong's rates may be influenced by domestic factors, such as large initial public offers, in the stock market.

Alibaba is teeing up a secondary listing up to $20 billion in Hong Kong, which would be the biggest secondary listing globally in seven years. Brewer Anheuser Busch InBev NV marketed but then dropped a $9.8 billion IPO for its Asia business last month.

"So I expect HIBOR would continue to be influenced by local supply and demand conditions and may not immediately follow the move in LIBOR," he said.

In a sign liquidity pressures had elevated funding costs, HSBC , the city's largest bank, Bank of China (Hong Kong) and Hang Seng Bank, said they would not cut the benchmark often used for mortgages in line with the HKMA's move, keeping their best lending rate at 5.125%. Standard Chartered Bank also left its rate unchanged at 5.375%.

Lenders have little room to trim rates given that HIBOR - the rate at which they borrow - remains elevated, said Carie Li, economist at OCBC Wing Hang Bank in Hong Kong.

"If banks don't get a lot back from these loans their net interest margin is compressed," said Li.

Hong Kong has one of the most expensive housing markets in the world and most mortgages are priced over HIBOR, or below the best lending rate, also known as the prime rate.

HIBOR eased marginally across the curve on Thursday while the Hong Kong dollar was a touch firmer at 7.8254 per dollar.

In neighbouring Macau, where the local currency is pegged to Hong Kong's, the base rate was lowered by 25 bps to 2.5%, the local monetary authority announced on Thursday.

Chan said Hong Kong's financial market and currency have not been affected by recent social unrest in the city. Hong Kong has been embroiled in a political crisis in the past months over a controversial extradition bill.

However, retailers are taking a knock from the protests with June retail sales down 6.7% from a year earlier, the biggest decline since February.

Slowing global demand and the U.S.-China trade war also weighed on economic activity. Data on Wednesday showed Hong Kong's economy grew less than expected in the second quarter, with some banks lowering their 2019 growth forecasts for the city.

These headwinds could drive up the unemployment rate, currently at 2.8%, Paul Chan, Hong Kong's financial secretary, said in a blogpost on Sunday.