Sea bridge, high-speed rail to vastly speed travel to and from the mainland 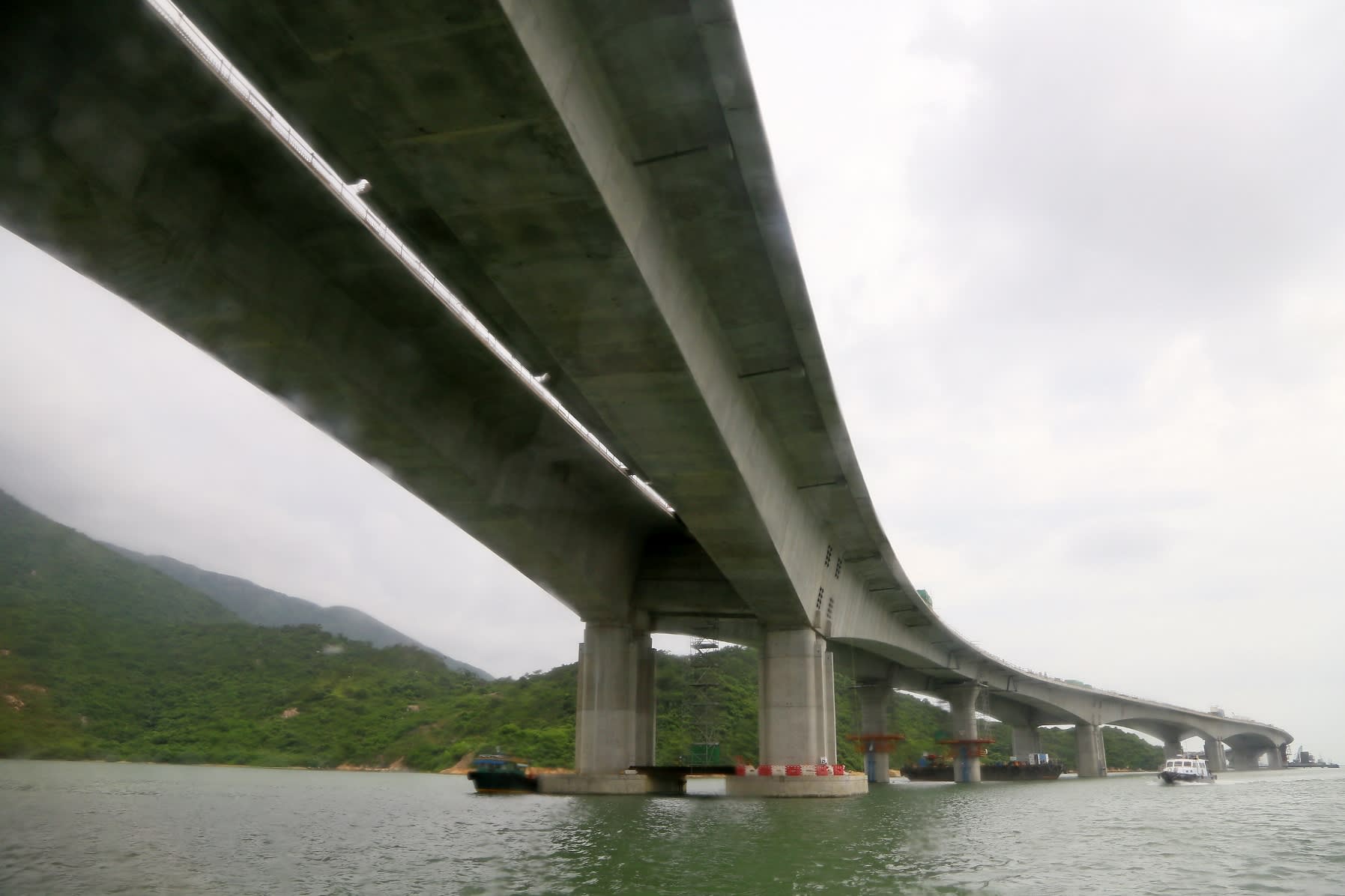 HONG KONG -- Hong Kong, Macau and the Chinese province of Guangdong are about to draw much closer together as two major traffic arteries come on line this year as part of the Guangdong-Hong Kong-Macau Greater Bay Area plan.

The first of these is the 55km sea-spanning Hong Kong-Zhuhai-Macau Bridge, or HZMB, which will connect Hong Kong with Zhuhai in Guangdong, and Macau.

The second is a 140km high-speed rail line connecting Hong Kong with the city of Shenzhen just across the mainland border, and the city of Guangzhou about 140km further inland. Expectations are high that these projects will spur the region's economic development.

The population of the Guangdong-Hong Kong-Macau Greater Bay Area is about 66 million, including nine cities of the Pearl River Delta. At the Boao Asia Forum in early April on the Chinese island province of Hainan, Guangdong's governor, Ma Xingrui, described the Greater Bay Area as having reached an economic scale of 10 trillion yuan ($1.59 trillion) in 2017. Noting this was nearly the size of the New York Bay area, he expressed optimism there was further growth to come.

Transportation infrastructure is key to strengthening the region's connectivity. The objective of the Greater Bay Area plan is to facilitate the flow of goods and people throughout the region by pushing ahead with infrastructure such as airports and seaports. An additional objective is to build a cluster of research centers and companies to drive innovation in science, technology and industry.

By high-speed boat, the journey between Hong Kong and Macau takes about one hour. It will soon take around 30 minutes via the new bridge. Crowding on weekends has meant it is common to wait up to several hours for the boat. But the new bridge should put an end to such bottlenecks.

Similarly, the two-hour journey between Hong Kong and Guangzhou will be shortened from about two hours to under 50 minutes when the remaining section of the high-speed rail line opens between Hong Kong and Shenzhen. Major companies, such as online services giant Tencent and electric vehicle giant BYD, have their headquarters in Shenzhen, which is known as "China's Silicon Valley."

Hong Kong developed mainly as a financial center and a trading hub. Despite its continuing economic growth, its momentum lags behind that of mainland China. When Hong Kong was returned to Chinese rule in 1997, its contribution to GDP comprised 18%. In 2017 that had fallen to 3%.

With about 7.4 million residents in an area about the size of the northern Japanese city of Sapporo, which has a population of under 2 million, Hong Kong's room for further residential and industrial and residential is limited. The Greater Bay Area plan could alleviate that by opening up a path to growth by leveraging better connections with the Chinese mainland.

The territory's chief executive and head of government, Carrie Lam, says she looks forward to the plan "resolving the land and human capital deficit problems that Hong Kong is bearing."

Yet the high expectations come with mixed feelings. Hong Kong's residents are deeply cautious about closer integration with mainland China, whose government is notoriously cool toward the territory's democratic traditions.