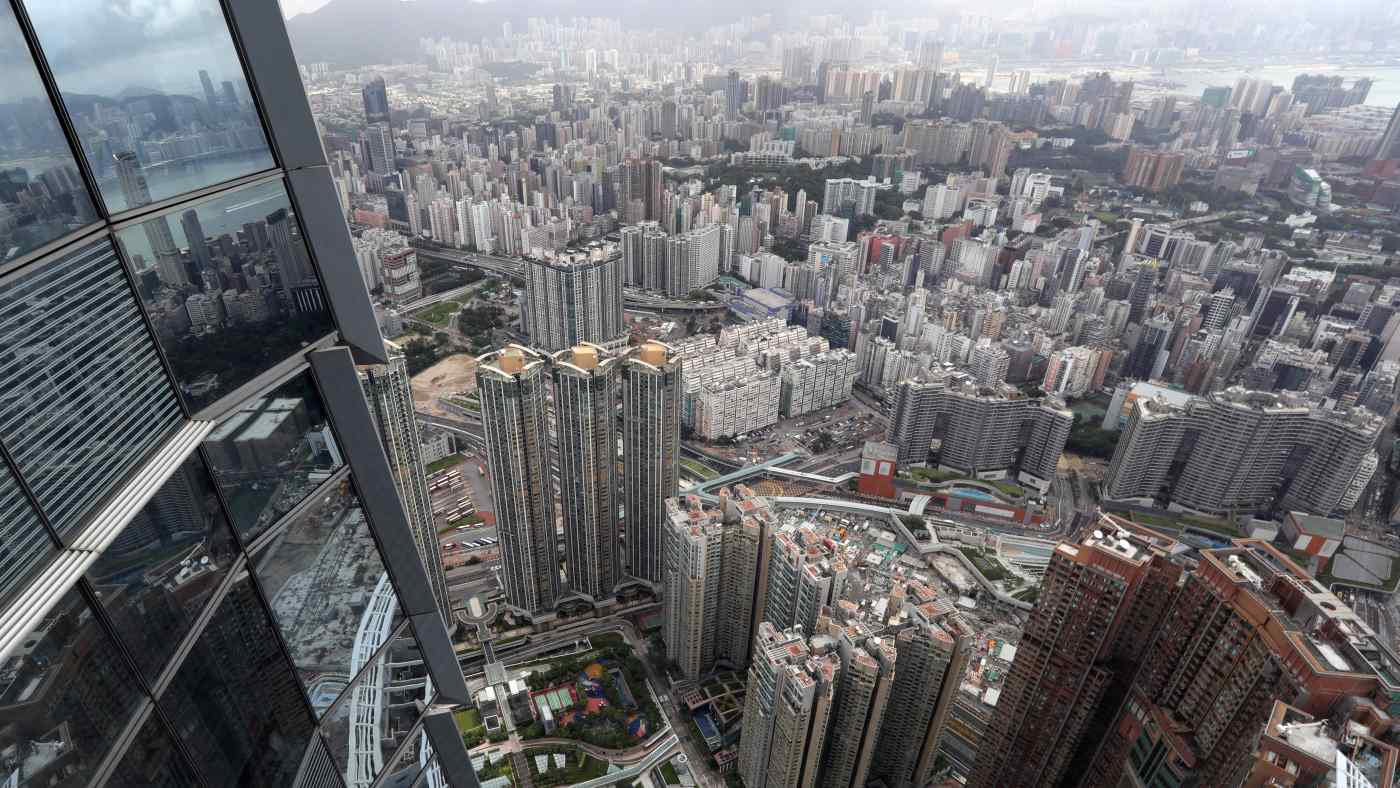 HONG KONG -- Hong Kong Chief Executive Carrie Lam, who runs one of the world's most expensive cities, has rolled out a plan to build 1,700 hectares of artificial islands, in an effort to tackle the acute housing shortage.

In her second policy address on Wednesday, Lam said the proposed land reclamation, near Hong Kong International Airport, will be home to 260,000 to 400,000 apartments in the next three decades, of which 70% will be used for public housing.

"The shortage of land supply not only leads to a shortage of housing supply, but also affects people's quality of life," Lam said in her address to Hong Kong's Legislative Council.

She said land is "strictly necessary" in providing health care services and basic education, as well as in maintaining traditional trades and promoting new economy industries.

Lam expects the first phase of residential units on the artificial islands to be put on the market in 2032, and other relevant development plans in the area could take 20 to 30 years to realize.

For short- to medium-term solutions, Lam proposed renovating industrial buildings, as well as using greenfield and private farmland in the New Territories for housing.

Housing has been a thorny issue for any Hong Kong chief executive in the past decade, with the city routinely topping the list of the world's most expensive housing markets. Less than half of all households own their own homes and even skilled workers on average need to work 22 years each to buy a 60-sq.-meter apartment, up from 12 years a decade ago, according to a UBS Global Real Estate Bubble Index in 2018.

The shortage of land supply is often cited as the primary reason for runaway housing prices, which have more than quintupled since 2003. The Hong Kong government estimates a 1,200-hectare shortfall of land for housing over the next 30 years.

While the goal of the government initiative is to bring down sky-high property prices and make homes more affordable, the market itself appears to be cooling recently in part due to interest rate hikes and worries about economic growth as a result of the trade war between China and the U.S. Analysts expect up to a 15% drop in home prices over the next 12 months.

But Lam made clear on Wednesday that market weakness will not change her mind about adding land supply over the longer term.

"The determination of the government to identify and produce land and build a land reserve should never waver in face of short-term changes in the economic environment or fluctuations in property prices," she said.

Joseph Tsang, managing director at JLL, said in a note that the plan for building artificial islands is "on the right track" to tackle the issue. He also said, "The government should rethink its immigration and population planning policies," because the inflow of immigrants will keep pressure on demand for public housing.

Marcos Chan, head of research at CBRE Hong Kong, Southern China & Taiwan, praised the plan as "the most prominent vision among all the housing and land supply initiatives unveiled in the policy address." But he also said, "The fact that the vision can only be realized in the next two to three decades implies that the shortage in office supply will not ease anytime soon."

Some lawmakers and activists oppose the idea of creating artificial islands, citing concerns about the negative environmental impact, the massive government bill to build them and the potential risk of flooding.

"The construction of such big artificial islands is hugely expensive and exceeds the actual need of Hong Kong population growth," said lawmaker Eddie Chu Hoi-dick, pointing to the fact that the proposed area for reclamation is 70% bigger than the government's previous plan.

He said it was also extremely challenging to build stand-alone artificial islands -- as opposed to extending the shoreline -- which will face greater flood risks due to rapid climate change. Save Lantau Alliance, an activist group founded in 2014, also raised concerns over environmental issues.

Convener Eddie Tse Sei-kit said the proposed development plan involves massive sand relocation and the new buildings on the artificial islands would create effectively a wall along the North Lantau shoreline. This will affect current water flow and be damaging to marine life.

Despite the opposition, Lam said such voices are "groundless."

"I urge those who oppose the land reclamations to take Hong Kong's best interest into consideration," she said.