Party, military and government interests override those of the shareholder 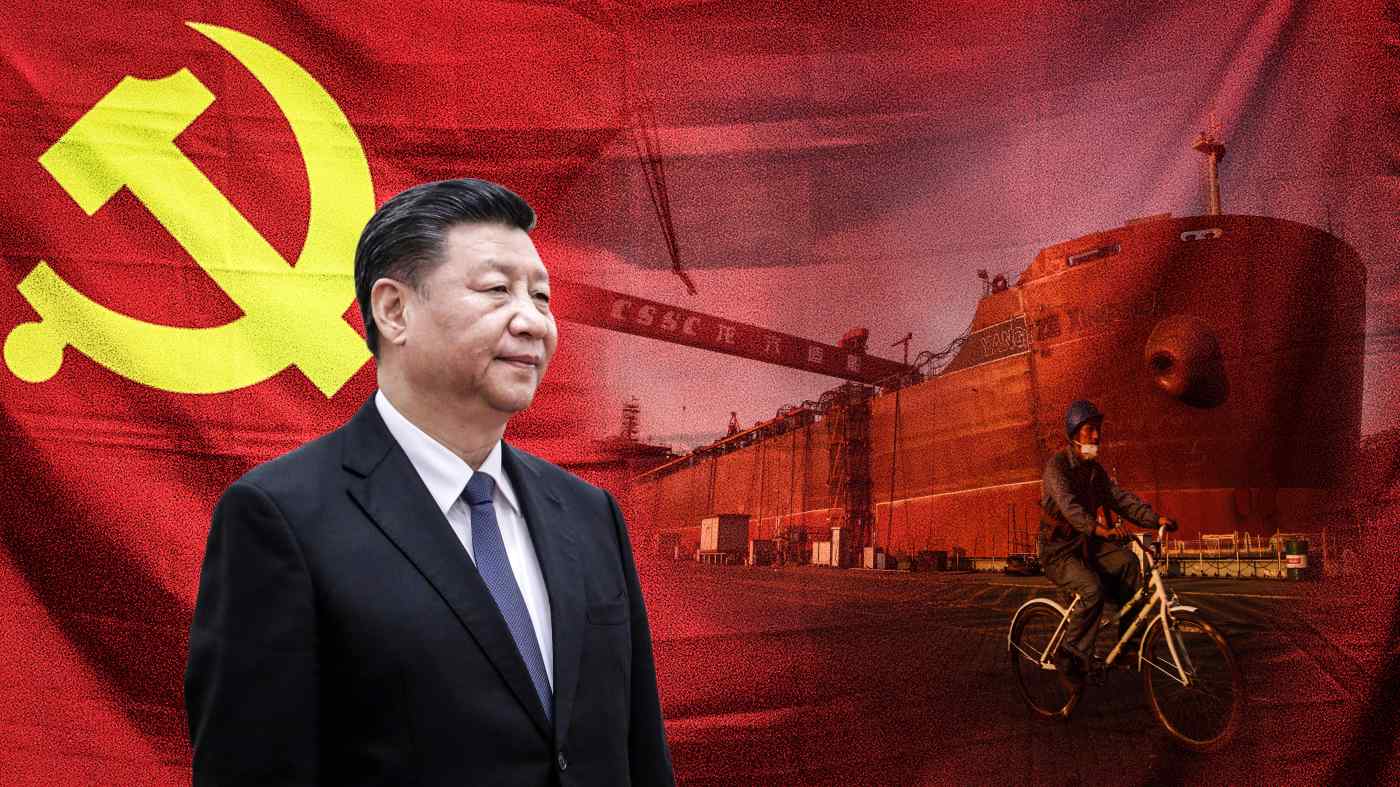 SHANGHAI -- At last month's Marintec China, an annual maritime industry exhibition, scale models of destroyers, submarines and military supply vessels were displayed along with those of container vessels and bulk carriers.

The model warships were exhibited by Jiangnan Shipyard Group, which has its origins in the Self-Strengthening Movement, a national campaign to modernize (Westernize) economic, military and other institutions in the second half of the 19th century. The shipbuilder was founded in 1865 by such champions of the reform movement as Zeng Guofan and Li Hongzhang to build naval vessels for China, which at the time was threatened by Western colonial powers.

It is an open secret that the company is involved in the building of China's third aircraft carrier. A commemorative coin issued in 2015 to mark the company's 150th anniversary depicted an aircraft carrier with a group of deck planes.

It is hardly surprising that the state-owned naval shipbuilder exhibited scale models of warships at a private-sector trade show given Chinese President Xi Jinping's agenda for an aggressive military buildup.

But the fact points to a deep-seated structural problem stemming from the Chinese Communist Party's tight grip on state-owned enterprises and the money they make.

Jiangnan Shipyard's parent company is China State Shipbuilding Corp., a shipbuilding giant under direct control of the government. CSSC owns more than half of China CSSC Holdings, which is listed on the Shanghai Stock Exchange.

Beijing is clearly far more interested in protecting CSSC, which basically serves the interests of the government and the party, than in boosting the profitability of its listed subsidiary, which is partly owned by general investors.

China CSSC Holdings' net profits during the first nine months of 2019 plunged 70% from a year earlier due to two factors -- an industrywide slump and losses related to a group company that was transferred to its ownership from the parent.

There is a section of Chinese stock listings called "the national defense and military industry," which is mostly composed of state-owned enterprises with similar management structures. The average return on equity, or net income divided by total equity, of these 68 companies was 3.2% during the January-September period of 2019, far below the 7.9% for all Chinese listed companies. The combined return on assets, an indicator of profitability relative to total assets, stood at 1.6%.

There are countless cases of Chinese government-controlled businesses milking their listed subsidiaries.

Beijing-Shanghai High-Speed Railway, the operator of the speedy link between the two cities, carried out an initial public offering this month. It plans to use all the money -- estimates put the haul between 30 billion yuan and 35 billion yuan ($4.35 billion and $5.07 billion) -- to acquire stakes in other railway lines and assets. One of these assets is Hefei Beicheng Railway Station, which critics say is a white elephant that at least on one day served only eight passengers.

In another recent case, Kweichow Moutai Group suddenly transferred, for free, a 4% stake in its subsidiary Kweichow Moutai, a listed producer of high-end baijiu, a traditional alcoholic spirit made from sorghum, wheat and barley, to the government of Guizhou Province, where the company is based.

The move, which is intended to support the financially troubled provincial government, could pose a serious blow to the company's stock price if the shares are unloaded.

At the end of 2019, Kweichow Moutai Group announced a three-year 60 billion yuan spending plan. The bill is to be footed by, who else, the listed subsidiary.

These cases raise the question: For whose benefit do listed companies exist?

In China, the answer seems to be "the party, the military and the government." If this is indeed the case, China's capital market should be regarded and treated as something fundamentally different from those in other industrial nations.