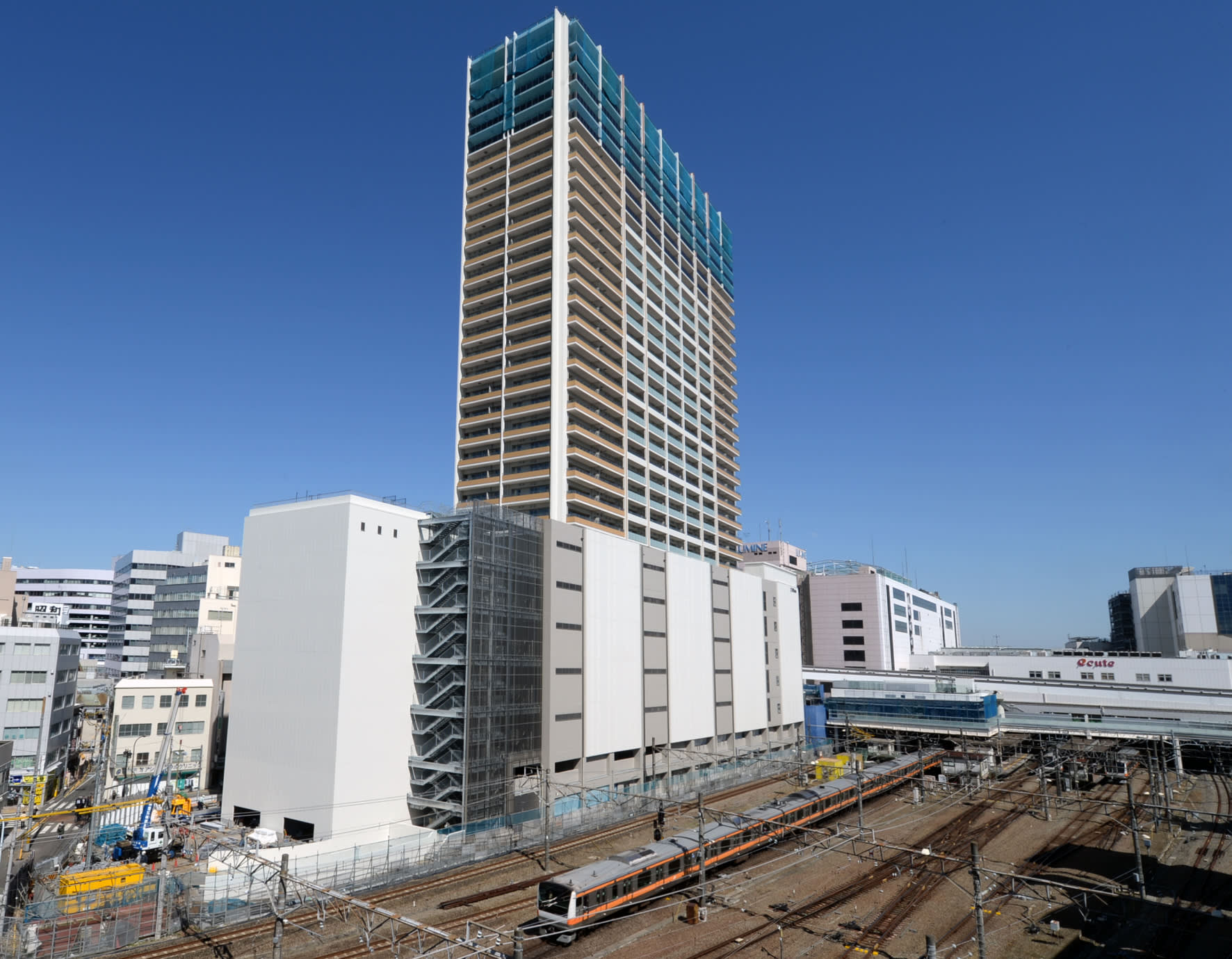 TOKYO -- Condo units with prices in the hundreds of millions of yen are selling well in Japan. Eye-popping price tags don't seem to be deterring rich buyers, especially if the properties have good access to train stations.

The Tokyo-based Real Estate Economic Institute said the number of condominium units put on the market with per-unit prices of more than 100 million yen ($880,000) in 2015 was 1,688 in the Tokyo metropolitan area. It marked a year-on-year rise for the first time in two years.

A 32-story condo complex named Proud Tower Tachikawa is connected to Tachikawa Station in Tachikawa City, western Tokyo. Despite the less-than-ideal location, units on the upper floors command well over 100 million yen per unit. They might be out of reach for ordinary people, but all of the units have already sold out for the luxury condo, which is slated for completion in August. Reportedly, two in five people who bought one of the units are doctors, and the average age of the buyers is 53.

"There are many wealthy people who want to move to places of convenience, although the population is declining," said Eiji Kutsukake, president of Nomura Real Estate Holdings, the parent company of the developer of Proud Tower Tachikawa.

On the other hand, the market value per square meter of residential standard sites, as of Jan. 1, was down but only 0.2% from the previous year, according to data released this month by the Ministry of Land, Infrastructure, Transport and Tourism. Condo prices have been on the rise due to soaring costs of labor and materials. In addition, property firms have been pricing units aggressively.

Small change in the wind

In Tokyo's 23 wards, prices of used condos averaged 51.62 million yenper 70 sq. meters in February, according to real estate research firm Tokyo Kantei. The figure, unchanged from the previous month, snapped its 19-month rising streak. Tokyo Kantei also said that used condo units that offered a price cut during the same month accounted for 29.8% of total, up 7.1 percentage points from a year earlier.

The Bank of Japan announced on Jan. 29 that it was adopting a negative interest rate policy, prompting banks to cut mortgage rates, which are fixed for a specific term. For now, expectations are growing that low mortgage rates will whet appetites for residential property. Among Japan's major eight banks, the number of applications for mortgage refinancing surged 150% on the year in February, while that for new home loans was up only 20%. Minor discounts alone might not be good enough to stimulate such demand, because prices of condos and other properties have risen quickly.

Wealthy individuals are starting to show signs of change in their financial planning.

Demand from property investors has so far been strong, as investing in condos can help reduce taxes. To prevent the rich from enjoying too-generous tax treatment, the Ministry of Internal Affairs and Communications and the National Tax Agency have begun considering new measures. According to Legacy Licensed Tax Accountant's Corp., buying a property of 110 million yen in Tokyo's Chuo Ward can provide a roughly 40 million yen cut in inheritance tax.

Another source of concern is the slowing economy in China. According to people familiar with the real estate industry, wealthy Chinese have been buying units on the upper floors of condo towers near Tokyo Bay. However, the yen's recent upward trend could make foreign investors hesitate to buy Japanese properties. What's worse, they could start selling such properties.