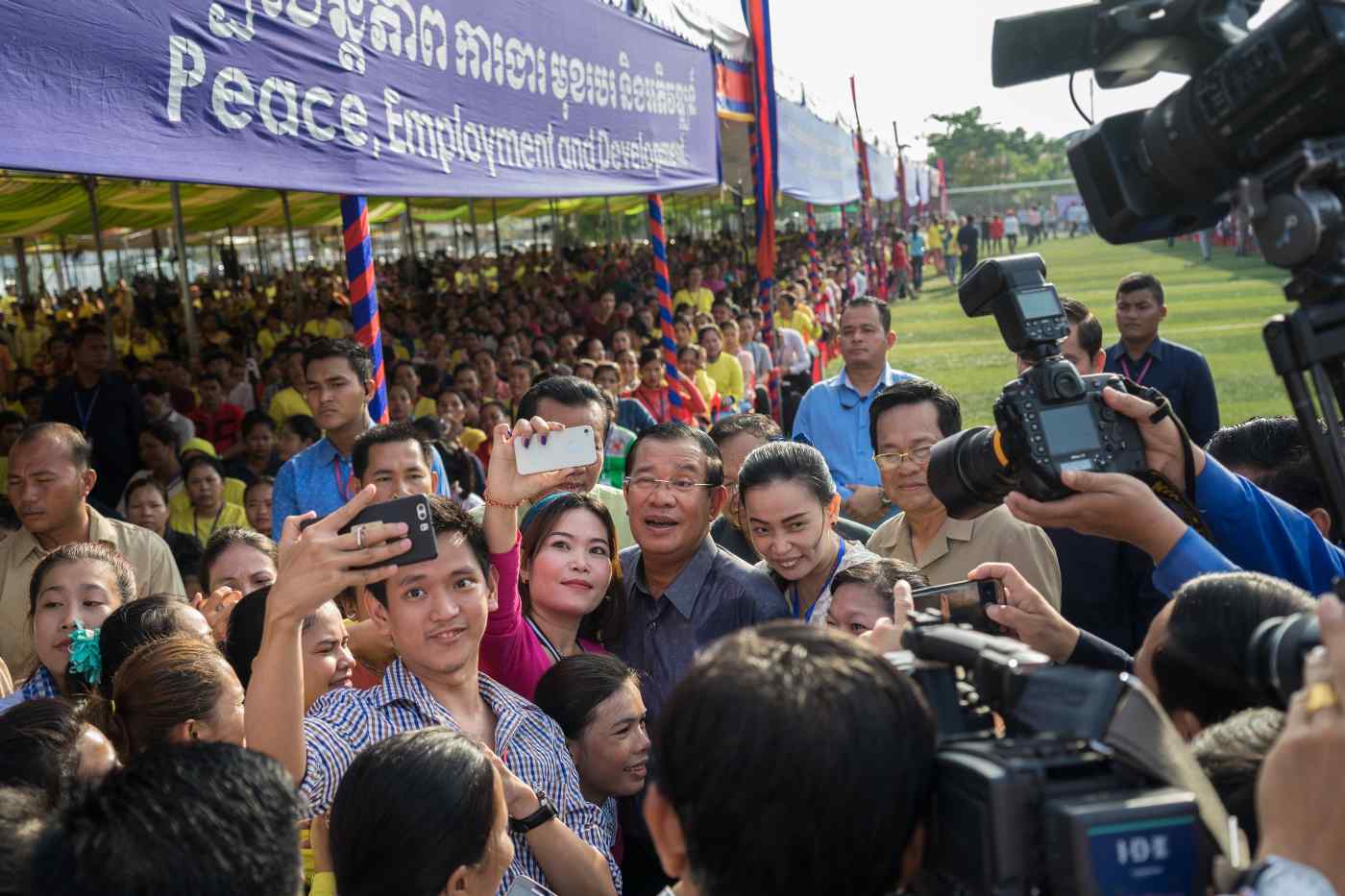 PHNOM PENH -- Cambodia's authoritarian Prime Minister Hun Sen has become a fixture recently at the garment factories that cluster on the outskirts of Phnom Penh. Smiling for selfies, ironing clothing and promising a raft of worker benefits, the strongman leader is wooing the 700,000 mostly female workers who drive the country's most lucrative export sector.

There is nothing out of the ordinary in a politician hitting the campaign trail. But the intensity of Hun Sen's focus -- after 32 years in power, and at a time when his government is moving to disband the opposition Cambodia National Rescue Party and sideline its leaders ahead of elections in 2018 -- has raised eyebrows both within and outside the industry.