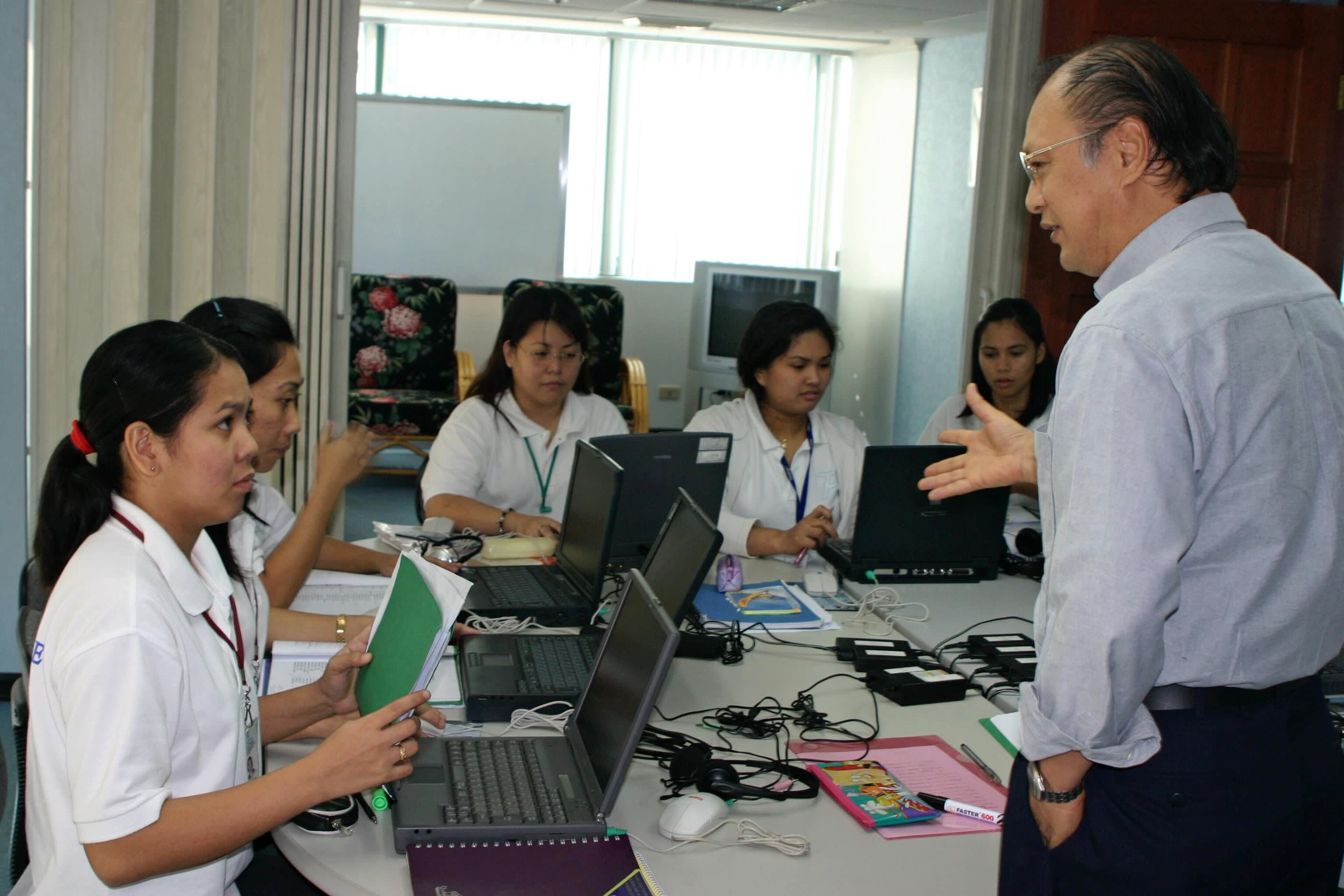 In Manila, many nurses and care givers learn Japanese with the goal of getting work in Japan.
May 30, 2014 19:00 JST | Japan
CopyCopied

TOKYO -- Japan will face serious labor shortages in the near future as its population ages and declines. And this means the government urgently needs to remove some of the restrictions it has on foreign workers, especially when it comes to human resources from emerging countries for healthcare and construction.

A Filipino woman who had been working as a nurse at a hospital in Tokyo recently left Japan for a job in the U.S. She was one of 93 prospective Filipino nurses who came to Japan in May 2009 for work under the Japan-Philippines Economic Partnership Agreement.

She had to work as a nursing aid until she passed Japan's national license examination, even though she was already certified as a nurse back home. She passed on the second try. If she had not passed, her pay would have been lower than those who passed it.

But she has now left Japan. Her pay in the U.S. will be twice what she was making in Japan, and it was easier to obtain the proper visa for the U.S. than Japan.

Becoming a certified nurse or certified care worker in Japan is extremely difficult for non-Japanese. The written exams, which are given in Japanese, require a wide range of knowledge and terminology. The technical terms are often hard for even Japanese to understand.

Too much, not enough

Tokyo concluded economic partnership agreements with Manila and Jakarta in 2008. Under these agreements, 741 prospective nurses and 1,091 care worker candidates have come to Japan in the past six years. But so far, only 128 nurses and 242 care workers have passed the required tests.

According to the health ministry, Japan needs at least 40,000 more nursing care providers than it currently has.

It might be understandable that Japanese hospitals are wary of employing Filipino or Indonesian nurses who cannot speak Japanese. But those who can speak English would still make great assets -- when and if Japanese medical institutions try to become more globalized.

Filipino nurses, who almost always have fluent English, are in great demand around the world. They should not have to learn jargony Japanese just to land jobs. The construction industry, meanwhile, is working hard to retain workers from developing countries.

Several Vietnamese employees work at the construction site of a stationery shop in Tokyo's Ginza district. The site is managed by Taisei, a major construction company.

The Vietnamese workers were dispatched by the Japan Council on Human Development Promotion for Vietnamese Construction Industry (J-Covic), which was set up by a group of construction companies. They are currently employed by a subcontractor of Taisei as formwork makers.

According to a J-Covic official, the purpose of the entity is to teach Vietnamese workers through on-the-job training.

Southeast Asian countries are increasingly building roads and buildings, and offering the contracts for such Japanese companies. Many Japanese construction companies are hoping that these Vietnamese workers being trained in Japan will be available for projects in their home country down the line.

Around 15,000 construction workers from emerging countries are currently employed in Japan. Many of them came under the Japanese government's Technical Intern Training Program, which allows foreigners to work for up to three years in Japan. However, according to an industry official, they often spend their time here doing simple jobs for a low pay, as their lack of Japanese language skills makes them liabilities in terms of highly technical or dangerous jobs.

The government has recently decided to extend this training period to five years, for six years through fiscal 2020, to meet the expected construction demand increase leading up to the 2020 Tokyo Olympic Games.