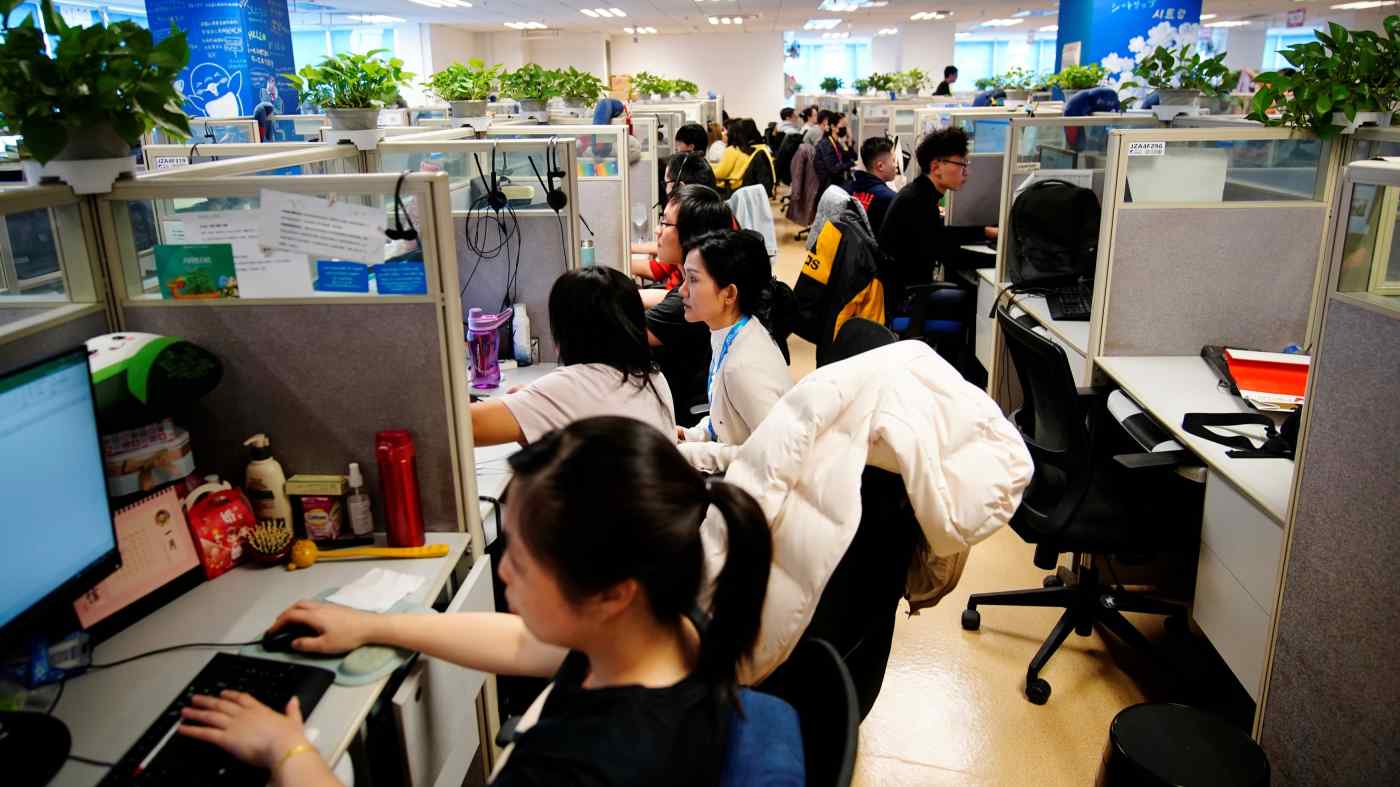 Employees may contribute up to 12,000 yuan ($1,860) each year to their pension fund under the new scheme, which will be rolled out with one-year pilots in some cities before being implemented nationwide.   © Reuters
April 21, 2022 20:10 JST | China
CopyCopied

BEIJING (Reuters) -- Chinese employees will henceforth be able to invest and supplement funds in their pension accounts, authorities said on Thursday, launching the country's first private pension scheme as they tackle economic challenges linked to an ageing population.

Employees can contribute up to 12,000 yuan ($1,860) per year to their pension fund under the new scheme, which will be rolled out with one-year trials in some cities before being implemented nationwide, the government said in a policy document on its website.

Until now, both employees and employers have contributed fixed amounts under state pension plans.

The milestone marks the official launch of China's private pension sector after almost four years of pilots, and is expected to spur foreign insurers and asset managers to accelerate their expansion into the world's most populous nation.

In 20 years, 28% of China's population will be more than 60 years old, up from 10% today, making it one of the most rapidly-ageing populations in the world, according to the World Health Organization.

Part of the challenge for policymakers will be to persuade individuals to invest part of their earnings in the scheme. In 2021, average per capita disposable income nationwide stood at 35,128 yuan.

To encourage participation, the contributions - whose maximum value the government will adjust as economic conditions dictate - will be eligible for tax breaks, while the securities regulator said it would quickly formulate rules to facilitate pension investment by mutual funds.

Pension money "can provide more long-term, and stable funds to develop the real economy, via capital markets," the China Securities Regulatory Commission (CSRC) said in a statement on its website.

Funds held in the accounts can be invested in certain financial products, like banking wealth management products, deposits and public funds, and investors are to bear the corresponding risks, according to the government document.

Those who will be eligible for the scheme include urban employees who already contribute to their basic pension insurance under the state social security system.

If a private pension holder dies, the assets their account can be bequeathed.