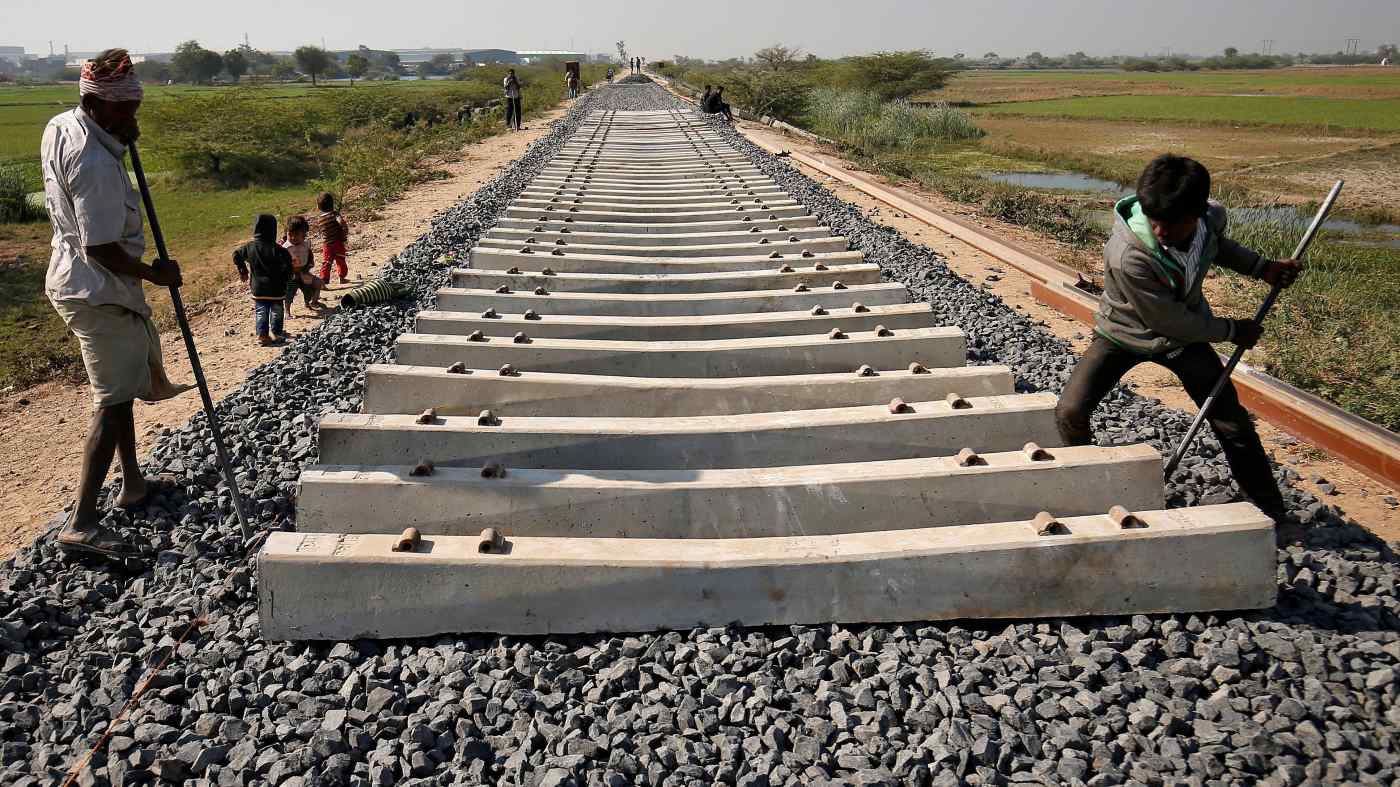 NEW DELHI -- India's economic growth remained virtually flat at 4.7% in the quarter ended December, official data showed on Friday, indicating that a recovery will take longer, especially when the coronavirus epidemic that began in China has clouded the global outlook.

In the previous three months ended last September, preliminary growth slipped to a 26-quarter low of 4.5% on the year, down from 5% in the April-June period. This was blamed on sluggish investment and weak consumer demand.

Revised gross domestic product figures for the September and June quarters, also issued on Friday, were slightly better at 5.1% and 5.6%, respectively. In the December quarter, private consumption grew 5.9%, but private and public investment contracted by 5.2% on the year.

Ahead of the data release, a Reuters poll of economists had predicted that GDP would expand at 4.7% in the December quarter. The State Bank of India, the country's largest public sector bank, had pegged it at 4.5%, while Japanese brokerage Nomura had estimated a further dip to 4.3%.

The latest numbers are unlikely to bring relief to the government of Prime Minister Narendra Modi, which has been scrambling to revive growth by undertaking stimulus measures, such as cutting corporate tax rates and increasing infrastructure spending. The Finance Ministry in its budget announcement on Feb. 1 allocated 2.83 trillion rupees ($40 billion) for agriculture and rural development for the fiscal year starting April.

GDP is expected to grow 5% for the whole year through March, an 11-year low, according to an advance estimate issued by India's ministry of statistics. The Reserve Bank of India, the country's central bank, earlier this month cautioned that downside risks to global growth have increased due to the coronavirus outbreak, "the full effects of which are still uncertain and unfolding."

Analysts say the current external environment, including the epidemic -- as well as domestic issues such as banking sector turmoil, inflationary pressure and little fiscal support -- are likely to weigh on the economy in the January-March quarter as well.

"My guess is that it's going to be difficult to even achieve 4.7% for the current quarter," professor N. R. Bhanumurthy of the National Institute of Public Finance and Policy told the Nikkei Asian Review. "Given the current conditions it'll be a huge task to achieve even 5% for the whole year."

Bhanumurthy said his outlook has dimmed in recent days.

"Until last week I was saying the slowdown in the economy has bottomed out, but now because of this virus the whole world growth [may be] slowing down," he said. "A pick-up in growth depends on how soon and how clearly we are going to come out of this mess."

He added that only the agriculture sector will have some immunity to the crisis, but other segments of the economy can be expected to suffer. "You should not talk about 7% growth now," he said when asked when India might return to its former pace.

In a Feb. 17 report, Nomura pointed out that China accounted for 14.2% of India's imports. "A disruption in these imports will adversely affect key industries such as pharmaceuticals, autos, electronics, solar and agriculture, and could lead to higher prices if inventories are depleted," the brokerage warned.