India GDP up 0.4% in December quarter after half-year contraction 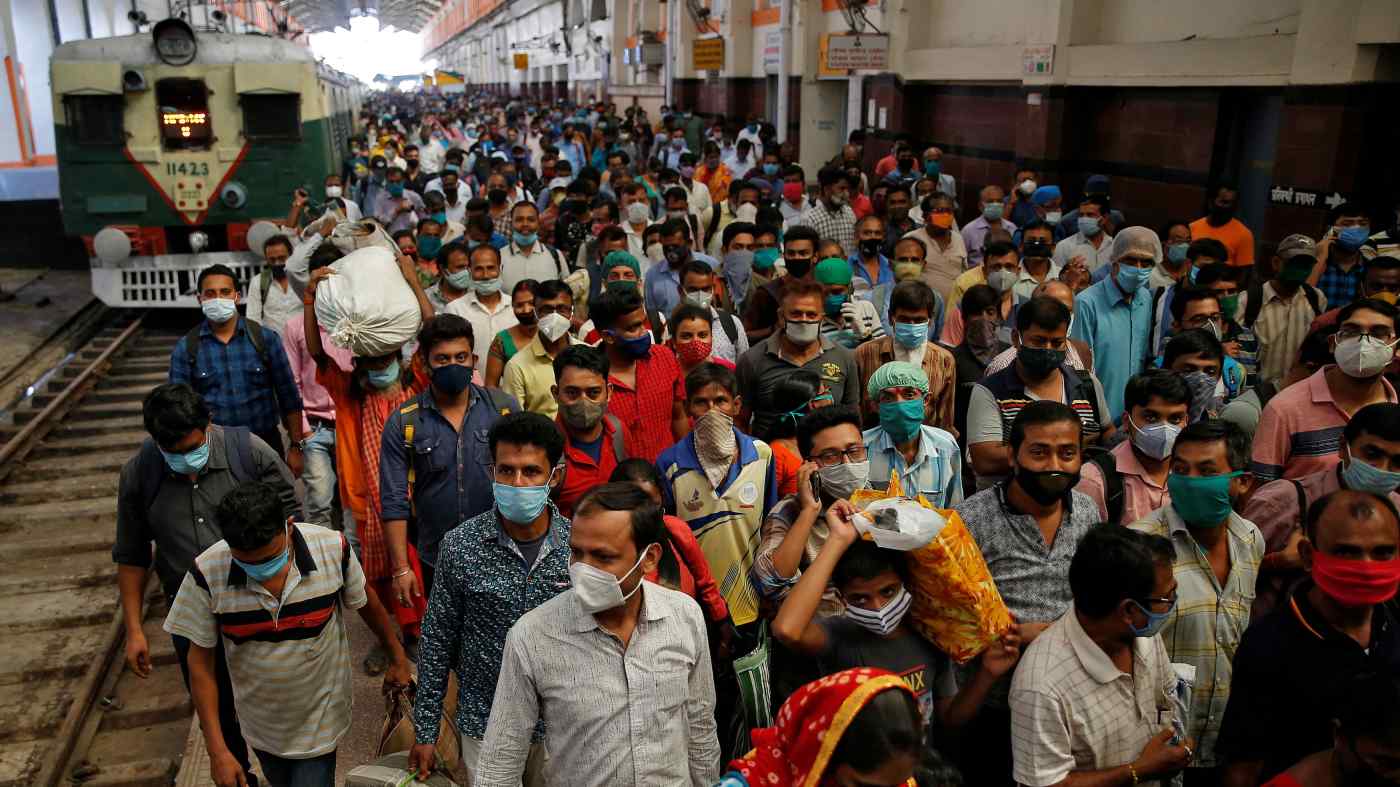 Passengers head to the exits at a Kolkata train station in November, when the country's economy was emerging from two quarters of negative growth.   © Reuters
KIRAN SHARMA, Nikkei staff writerFebruary 26, 2021 21:04 JSTUpdated on February 26, 2021 22:43 JST | India
CopyCopied

NEW DELHI -- India's economy turned positive during the three months through December as gross domestic product expanded 0.4%, putting aside fallout from the coronavirus crisis that had kept growth negative for two consecutive quarters.

The Reserve Bank of India, the country's central bank, had projected a growth rate of 0.1% for the October-December quarter, while a Reuters poll of economists had forecast 0.5% growth.

In the December quarter, household expenditure and government consumption dipped 2.4% and 1.1% on the year, respectively, while the total investment in the public and private sectors rose by 2.6%. By industry, the manufacturing and financial sectors grew, while service sectors such as hotels and transports contracted.

Economic activity had improved, said Devendra Pant, chief economist at India Ratings and Research, a Fitch Group company, but for the common man, the main issue was employment. "If this translates into a sufficient number of jobs, then [that would be] a very good number [for them]," he said. But at the same time, Pant added, there was no doubt that India emerging from recession was a welcome sign after two straight quarters of contraction.

The gain came after a 7.5% year-on-year contraction in GDP in the July-September quarter, which was an improvement from the unprecedented 23.9% decline during the previous three months. These figures were revised slightly on Friday to 7.3% and 24.4%, respectively.

In March, India imposed a nationwide lockdown, the world's largest, which meant economic activity ground to a halt.

But since June the restrictions have been greatly eased. The virus, however, has gone on a renewed surge in western Maharashtra and several other states. On Thursday, India reported 16,738 new cases for the past 24 hours, the highest daily increase in nearly a month. As of Friday, India had confirmed more than 11 million cases and 156,700 deaths.

Macroeconomic research firm Capital Economics on Wednesday cited a need for caution. "While new COVID-19 cases remain low," it said, "the recent flare-up in Maharashtra highlights the risk of targeted lockdowns, at least in the near term." India launched its COVID-19 vaccination drive on Jan. 16, prioritizing health care and front-line workers in the first phase. The second round, which begins Monday, will cover people aged 60 and above, as well as those above 45 who have diabetes, cardiovascular disease and other serious illnesses.

On Feb. 1, the government unveiled its budget for the financial year beginning April; it includes proposals to more than double the country's health care outlay to over 2.2 trillion rupees ($30 billion) with the aim of lifting the virus-hammered economy.