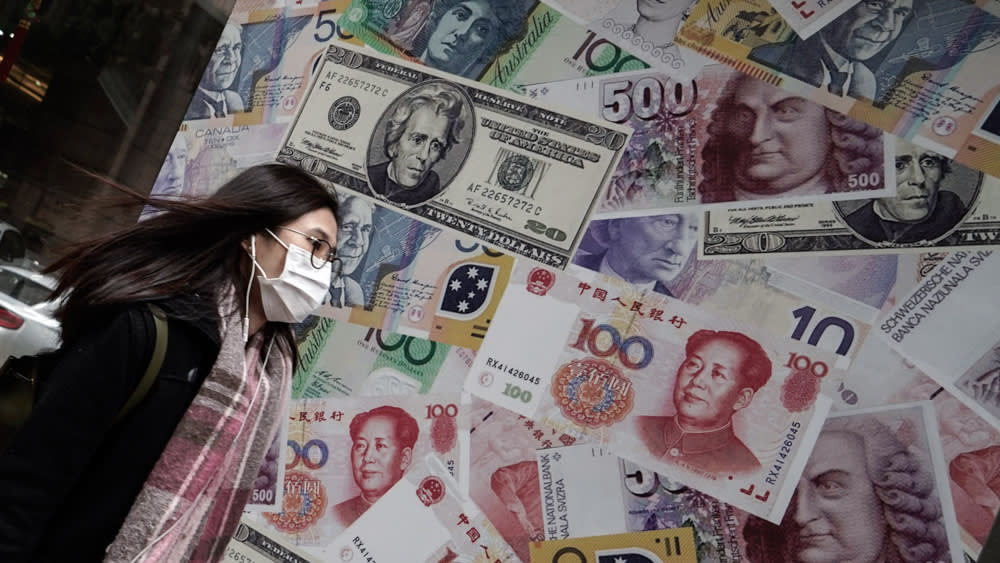 HONG KONG -- Indonesia, Thailand, Malaysia, the Philippines and India all set off alarms when a European bank stress-tested their currency exposure to extreme coronavirus scenarios.

According to a trader on the bank's Singapore-based trading desk, the currencies of many of the nations that tottered during the Asian financial crisis more than two decades ago were flagged as vulnerable under situations where the virus is not contained anytime soon and economic malaise deepens.

Following the stress test last month, the bank began to reduce its exposure to emerging market currencies amid the dollar squeeze, according to the trader, who asked not to be named. It is now taking off more risk by using a combination of hedging instruments and increasing its proportion of internal foreign exchange liquidity.

The changes have stood the bank well as the Indian rupee slumps to a record low, and the Indonesian rupiah fell to a level not witnessed since the currency's nadir during the Asian crisis in 1998. The Thai baht and Malaysian ringgit have dropped around 11% and 8%, respectively, this year.

The move by the bank is also emblematic of changes foreign exchange dealers are making as they scramble to avoid being the last ones holding tomorrow's junk.

"It was a bit of a shock since the fundamentals of these economies have changed since the currency crisis," the trader said. "They have healthy foreign exchange reserves and balance of payments now, but the model was clearly exposing them."

Foreign exchange reserves in at-risk Asian nations such as India, Indonesia, Malaysia, the Philippines, South Korea and Thailand stand at nearly $1.5 trillion, according to data released by central banks. This indicates the countries have ammunition left to defend their currencies -- unlike during the Asian crisis. Back then, the baht devaluation that kicked off the regional meltdown happened because Thailand ran out of dollar reserves. A Thai investor checks an electronic board showing stock prices on a trading floor in Bangkok earlier this month.

So far, the pressure has come from foreign investors liquidating emerging market assets and converting the proceeds into the greenback. But dealers are concerned a surge in infections might lead to panic and push corporations and the wider populace to lose faith in their own currencies.

"What's going on is basically corporates hoarding dollars to meet their commitments as activity grinds to a halt and funds sell off in Asia," said Singapore-based Khoon Goh, head of Asia research at Australia & New Zealand Banking Group. "It's a bit like, you know, households hoarding toilet paper. In normal times, that's enough for everybody. But if everybody wants to hoard it at the same time, they have a shortage."

To be sure, the dollar squeeze has been felt globally, with the dollar index, which measures the greenback's strength against a basket of currencies, gaining 7.5% since March 9. Aware of the risk, the U.S. Federal Reserve last week established U.S. dollar liquidity arrangements with nine global central banks. Four from the Asia-Pacific region -- Australia, New Zealand, Singapore and South Korea -- were included, while Hong Kong, also a dollar hub for emerging markets, was ignored.

"The economic gloom is palpable but I can't remember the last time we were flooded with requests from company treasurers and portfolio managers seeking the dollar," said a Hong Kong-based trader at a U.S. bank. "It's been one-way traffic though and I certainly have burnt some long-term relationships. The markets are such that I can spare very few favors."

Goldman Sachs estimates foreign investors have sold $26 billion in emerging Asian markets since the January peak, making it the fourth-largest capital flight from such markets since 2002.

Natixis S.A. Asia-Pacific economists led by Alicia Garcia Herrero, after assessing the degree of vulnerability across the region's economies, said some emerging market nations were at risk. They focused on economies' dependency on portfolio flows and the size of their dollar debt; reliance on foreign income in regards to commodities; exports of intermediate goods; and service exports such as tourism and remittances.

They concluded that Indonesia was worst off in terms of foreign capital flows and foreign income dependency. Malaysia was in the poorest position on commodity, tourism and also intermediate goods exposure, with Thailand close behind due to its huge reliance on tourism.

"Even with policy support, if the virus outbreak deepens globally and panic sets in, we could be heading into a currency crisis that could develop into an economic crisis for some markets," Garcia Herrero told Nikkei. "It could be self-induced. Emerging market central banks are following the Fed and probably ignoring the fact their currency could be dumped." Indonesia has introduced a triple intervention policy that allows the central bank to intervene in the spot currency market as well as the derivatives market.   © Reuters

The Reserve Bank of India conducted its second dollar-rupee swap auction this month on Monday, providing $2 billion of liquidity to foreign exchange markets. It also said it would start additional long-term repo operations of 1 trillion rupees (about $13 billion) in multiple tranches at the policy rate to infuse rupee liquidity.

Indonesia has introduced a triple intervention policy that allows the central bank to intervene in the spot currency market as well as the derivatives market.

"Foreign capital adjustments have put pressure on the rupiah," Bank Indonesia Gov. Warjiyo said at an online news conference last week, after the bank slashed its benchmark interest rate for the second straight meeting. "We need to reassure the public that Bank Indonesia continues to strengthen its rupiah stabilization policy."

Fitch solutions said Bank Indonesia will remain wary of slashing rates too aggressively as maintaining positive real rates could be one of the ways to cushion the currency against the U.S. dollar.

The trader at the European bank said that while his desk is yet to run another full stress test after the sell-off that has sent almost all Asian stock markets into bear territory, he does not expect a big change in the results.

"The risk is that if the virus isn't contained in the next few months then markets may go into another tailspin," said Christy Tan, head of markets strategy at National Australia Bank in Singapore.

"While Asian central banks are managing the liquidity squeeze through various measures currently, in the event of continued and synchronized markets sell off or even shutdowns, it raises the question: where would the central banks find the liquidity? That is potentially a large risk going forward."