MUMBAI -- Urjit Patel's resignation as the Reserve Bank of India governor may have been abrupt, but he leaves a well-established process for monetary policymaking. Reforming financial governance and credit standards, on the other hand, remains a work in progress.

After turmoil in the banking sector shook the Indian stock market this year, investors will keep a close eye on how incoming Gov. Shaktikanta Das steers the central bank's financial regulation as New Delhi tries to stimulate the economy.

Patel, as a deputy governor under then-RBI Gov. Raghuram Rajan, was the architect of the current approach to monetary policymaking, which was established in a series of amendments to the RBI Act in the summer of 2016, just before Rajan's departure after only one term.

The new regime is guided by a statutory inflation target and requires policy rates to be decided by vote in the Monetary Policy Committee. The law also requires three of the six committee members to be RBI officials, including the governor, and the other three to be appointed by the government.

The framework has proved to be stable and effective. Consumer price inflation has been contained within the statutory target range of 2 percentage points below and above 4% since Patel began to put the rules into practice in the fall of 2016.

With the governor holding the tie-breaking vote in the case of a 3-3 result, there remains a chance that Das, an ex-economic bureaucrat, may steer the committee in a more accommodative direction than before in response to government pressure for action on the economy. But since discussion minutes of each committee meeting are published in full, it is unlikely that the committee would make a decision that lacks RBI experts' support.

With this framework in place, financial markets seem to retain a certain level of confidence in RBI decision-making even after Patel's resignation. "The Monetary Policy Committee will continue to do what it has been doing," Nomura economist Aurodeep Nandi said.

On the other hand, the RBI's banking regulation has been a bigger target of attacks by Prime Minister Narendra Modi's government.

At issue are strict rules, started under the Rajan-Patel leadership, governing how banks recognize bad loans. Political leaders are particularly annoyed by rules introduced in April 2017 that bar commercial banks from increasing lending if they fail to meet thresholds for nonperforming assets, capital adequacy or profitability. 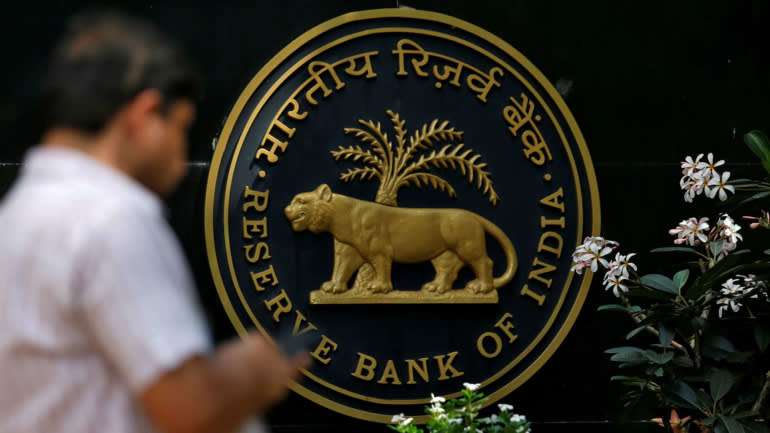 The RBI's banking regulation has been a target of attacks by Prime Minister Narendra Modi's government.   © Reuters

Eleven of the 21 state-owned banks do not meet the requirements, leaving them in effect prohibited from expanding credit. The aggregate gross nonperforming asset ratio of all 21 banks stood at 15.6% in March, with five of them exceeding 20%. The state-run banks account for over 60% of all commercial-bank assets in India.

In addition, politicians are asking the RBI to loosen a rule introduced in February in which banks are required to classify a loan as "stressed" on the day following a default, no matter how small the overdue portion may be.

How Das will respond to political pressures to ease these bank regulations is yet to be seen. It is almost certain that politicians in the Modi administration and in the ruling Bharatiya Janata Party will, toward the general elections to be held by May 2019, keep pressuring the RBI to relax both the stress-asset recognition criteria and the thresholds on nonperforming assets, capital adequacy and profitability.

India's economic growth for the July-September quarter slowed to 7.1% from 8.2% the previous quarter, and is likely to weaken to the low 6% range in the first half of 2019, according to projections by Nomura, owing mainly to lower public- and private-sector investment and credit tightness.

The government is short of funds for additional fiscal stimulus. According to rating agency India Ratings and Research, total indirect tax revenue grew by 4.3% for the half year ended in September as compared with the government's earlier projection of 22.2% for the full fiscal year ending March 2019. If not for spending cuts, the fiscal deficit for the current fiscal year will likely reach 3.5% of GDP, breaching the government target of 3.3%, the rating agency said.

As the Modi administration has repeatedly promised to keep the deficit target, it may force itself to cut public spending, not to mention additional stimulus. BJP lawmakers are desperately seeking resources outside the government to accelerate growth in the near term ahead of the elections, and the RBI's banking-sector regulation will remain a soft target for them with the monetary policy guarded by the independent policy committee.

Das said in his first news conference Wednesday that the health of the state-run banks will be his first area of focus as the new governor by meeting with the heads of all 21 public-sector banks within days, not weeks. His chosen course on the public-sector-bank issue may emerge sooner than many think.