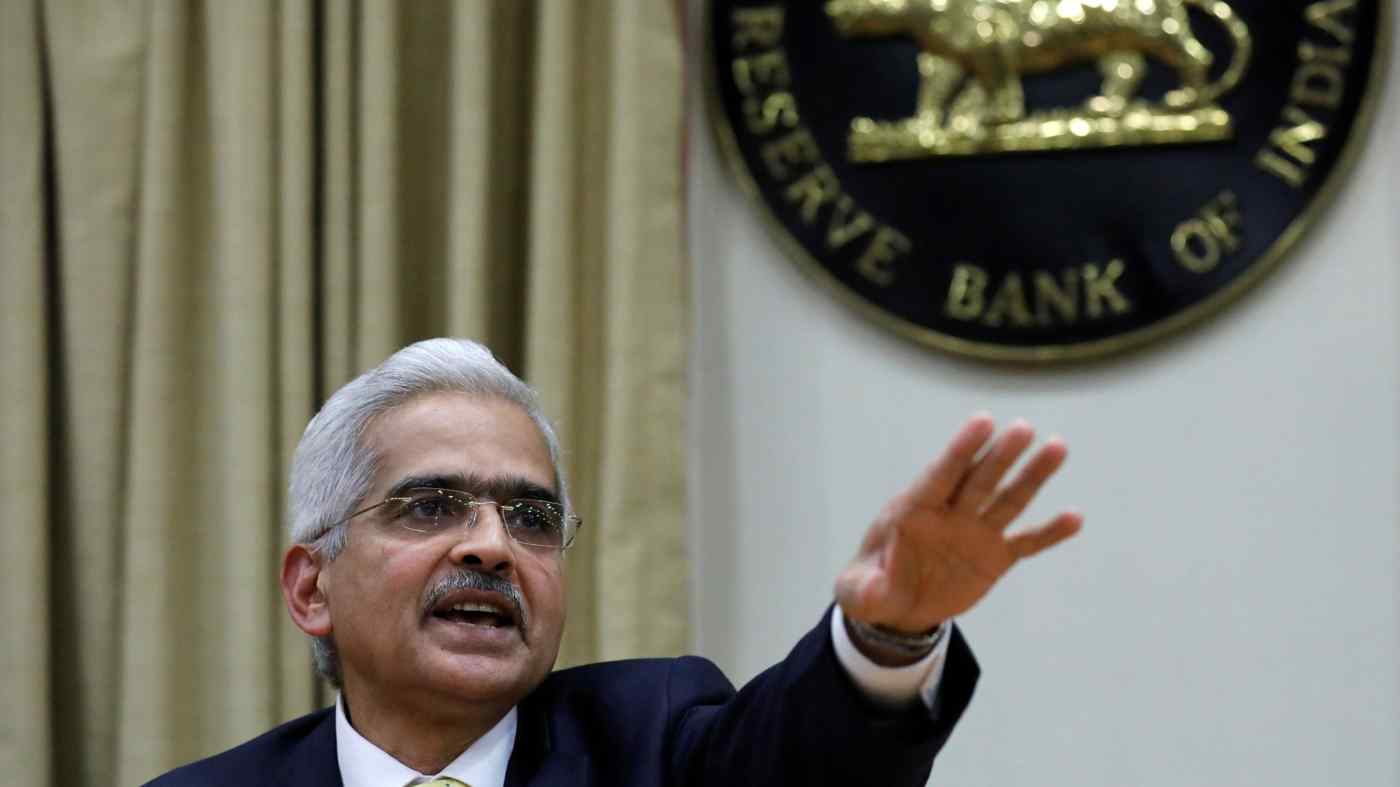 NEW DELHI -- India's economy is projected to shrink 7.5% in the current fiscal year through March, its central bank governor said on Friday, upwardly revising an October forecast for a 9.5% contraction.

The economy "is recuperating faster than anticipated," Reserve Bank of India Gov. Shaktikanta Das said after the bank's Monetary Policy Committee meeting. The second half of the ongoing fiscal year "is expected to show positive growth," 0.1% on the year in the October-December quarter and 0.7% in January-March, he added.