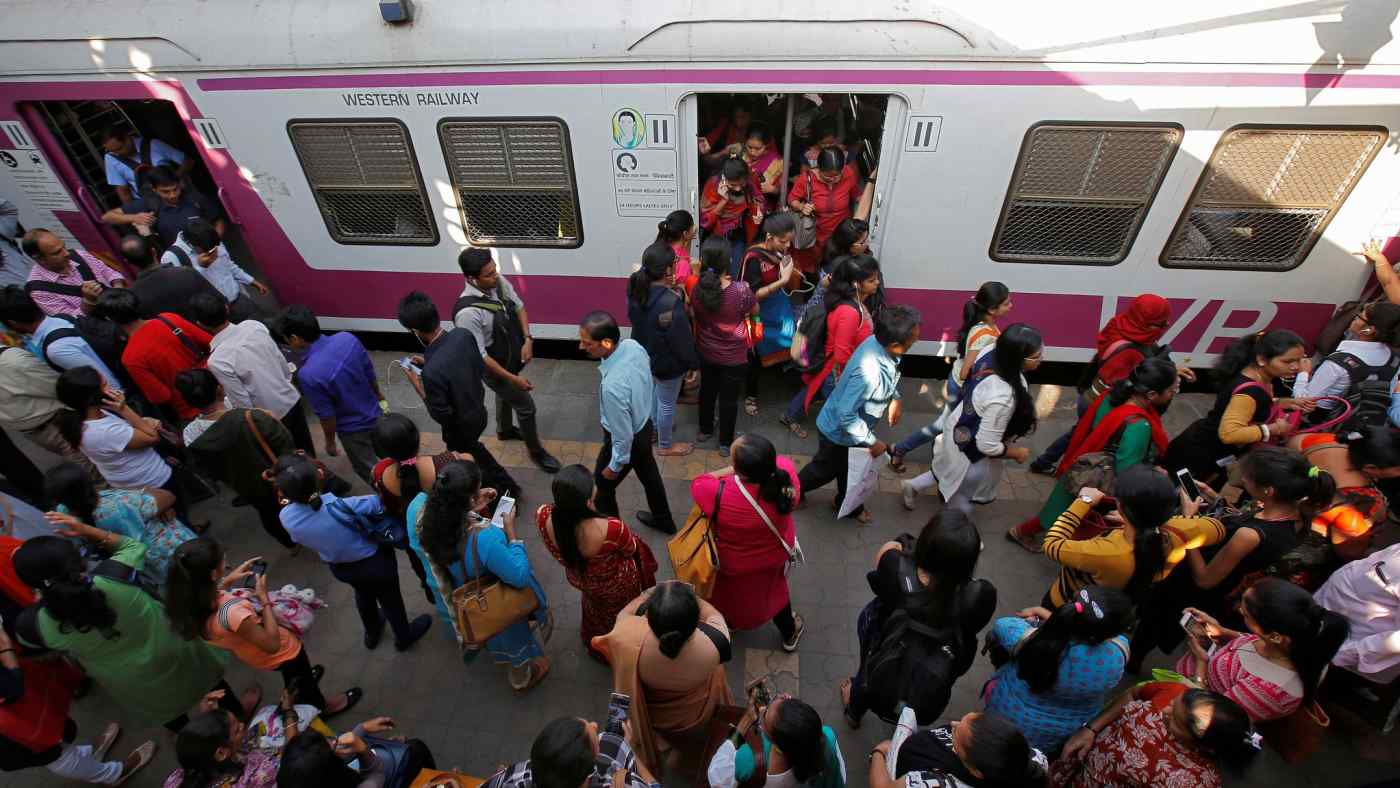 Commuters disembark from a train in Mumbai. While India's economy has picked up lately, growth has been somewhat slower under Prime Minister Narendra Modi than his predecessor.   © Reuters
YUJI KURONUMA, Nikkei staff writerNovember 30, 2018 04:31 JST | India
CopyCopied

The amended figures may brighten the political outlook for Modi, who has been criticized for overseeing a weaker economy than Singh, ahead of next spring's general election. But critics have condemned the methodology as politically motivated.