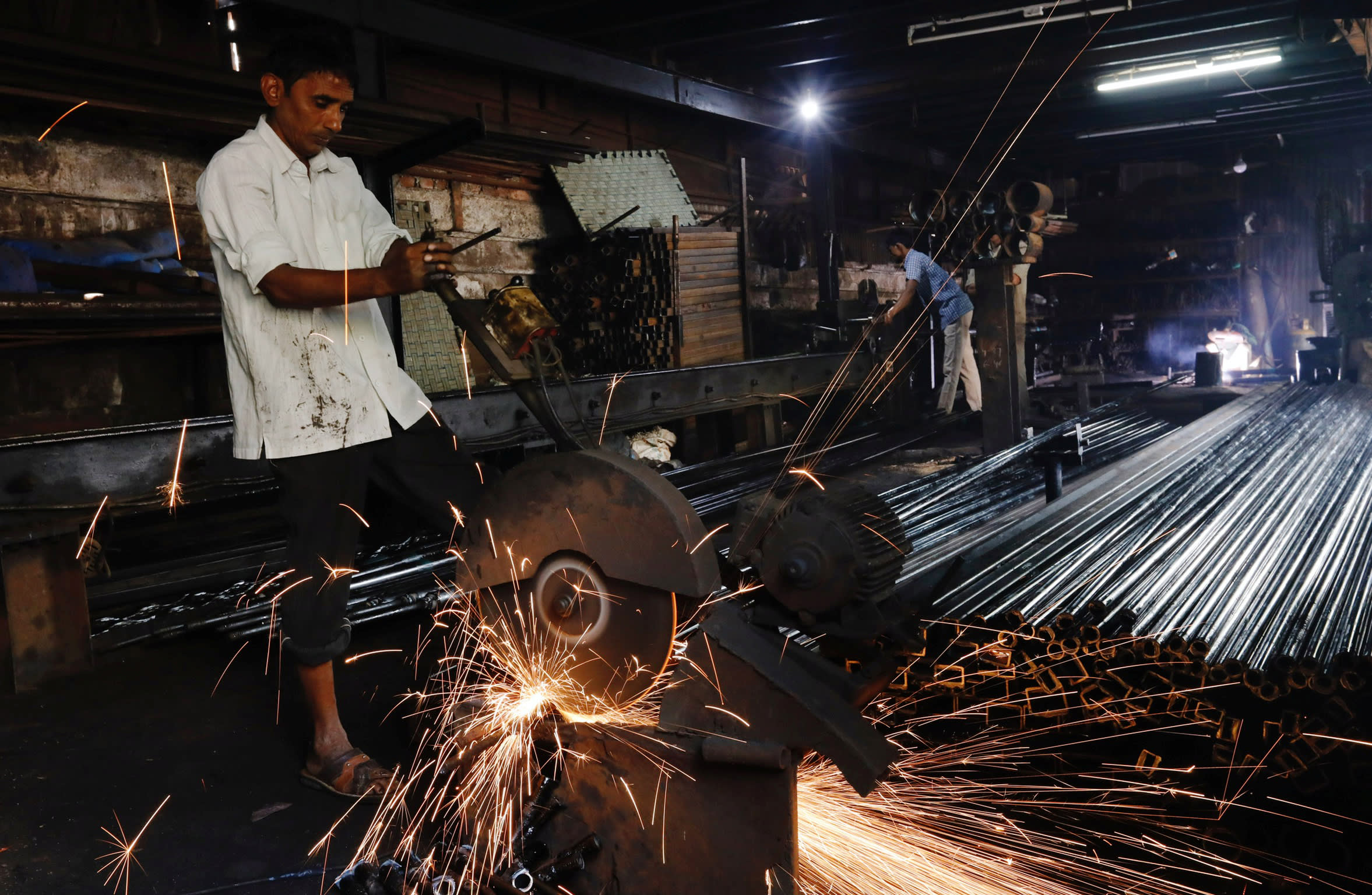 The data released by the Central Statistics Office suggests the economy continues to recover from the shock demonetization drive of November 2016 that absorbed some 15.4 trillion rupees or 86% of the money in circulation, and a turbulent roll-out of the nationwide goods and services tax (GST) in July 2017.

A Reuters poll of over 35 economists had projected GDP growth of 6.9% in the third quarter, while a Morgan Stanley research note forecast growth to accelerate to 7%.

With the stronger-than-expected Q3 numbers, India has also regained its position as the world's fastest-growing major economy, outpacing China, which grew by 6.8% in the October-December quarter.

"From an expenditure perspective, consumption and external demand picked up further while private capex remained sluggish," the Morgan Stanley research said, ahead of the release of the latest numbers. "Auto and two-wheeler sales posted robust growth in the December quarter beyond what was implied by favorable base effects, while goods exports growth improved further to double-digit growth levels."

The latest GDP number could give a boost to Prime Minister Narendra Modi's government, which is facing criticism over the large amount of bad loans built up by state-run banks and a recent $1.77 billion fraud involving Punjab National Bank, the biggest in the country's banking history. The revival in the economy is good news for Modi ahead of the next year's general elections, in which he will seek a second term.

The impact of the two policy measures -- the sudden note ban of demonetization and hasty GST implementation -- began to fade in July-September when GDP expanded 6.5%, an upward revision from 6.3% estimated by CSO earlier. Growth had slipped to 5.7% in April-June, the lowest under the government of Modi, who came to power in May 2014.

October-December GDP growth is also the fastest in the calendar year, and in five quarters.

Finance Minister Arun Jaitley said in November that the economy seemed to have weathered the transitional challenges experienced earlier in the year and appeared poised for a durable recovery.

In October, the International Monetary Fund said it expected India to grow by 6.7% in the current fiscal year, before picking up pace again to expand 7.4% in the following year.

In its pre-budget Economic Survey released in January, the Indian Finance Ministry said the economy is expected to grow at a faster rate of 7%-7.5% in the financial year beginning April, up from its 6.75% estimate for GDP growth this fiscal year.

It said the economy accelerated in the second half of the current financial year due to factors such as the launch of the "transformational" goods and services tax in July, the implementation of a major recapitalization package to strengthen public sector banks, further liberalization of rules around foreign direct investment and the expansion of exports on the back of a strong global economy.