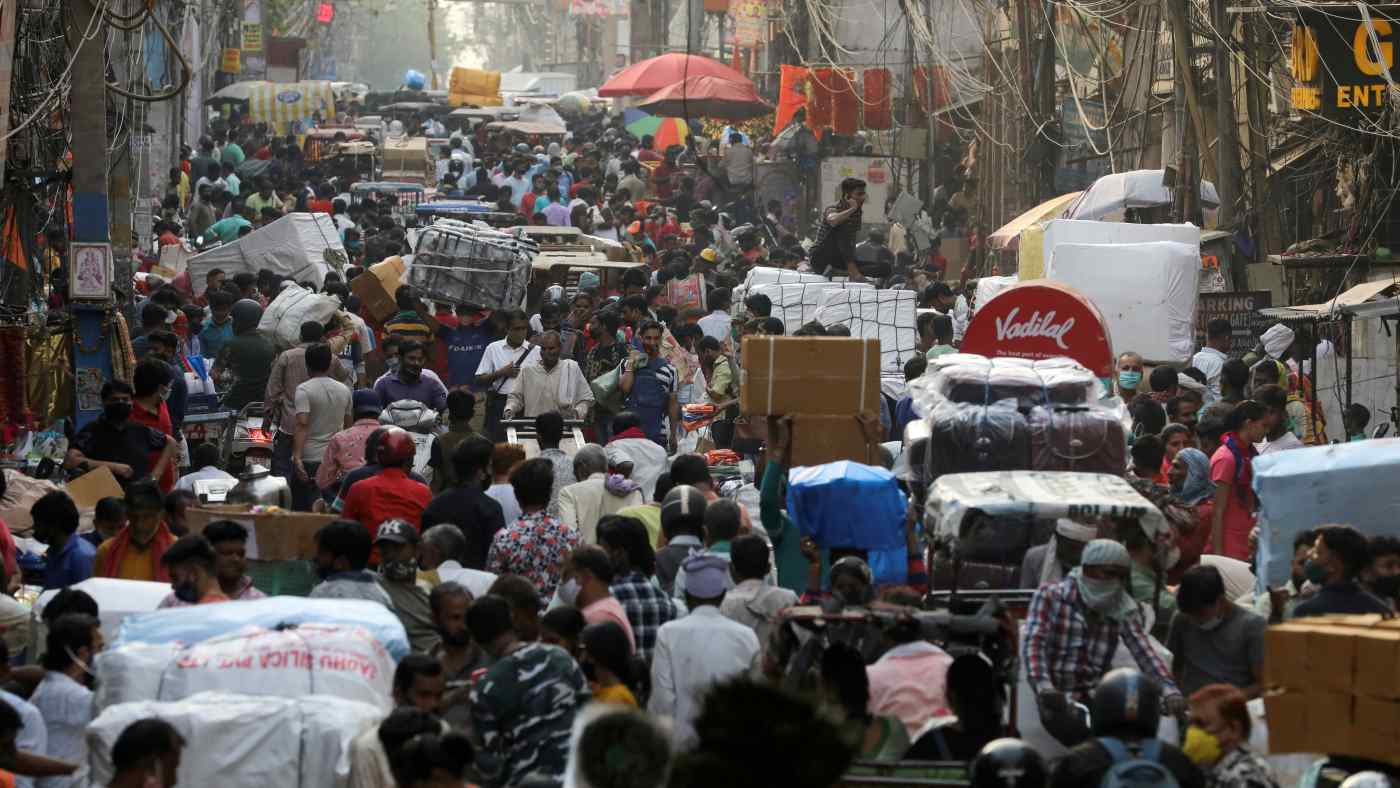 NEW DELHI -- India's economy grew 1.6% in the January to March quarter but recorded a contraction of 7.3% for the fiscal year that ended in March owing to the hit from the COVID-19 pandemic, official data released on Monday showed.

Ahead of the data release, a Reuters poll of economists forecast 1.0% growth for the three months through March. India's economy saw contractions in the quarters that ended in June and September last year, before turning positive in the third quarter that ended in December, with a modest 0.5% expansion, India's statistics ministry revealed on Monday, slightly up on the 0.4% expansion estimated earlier.