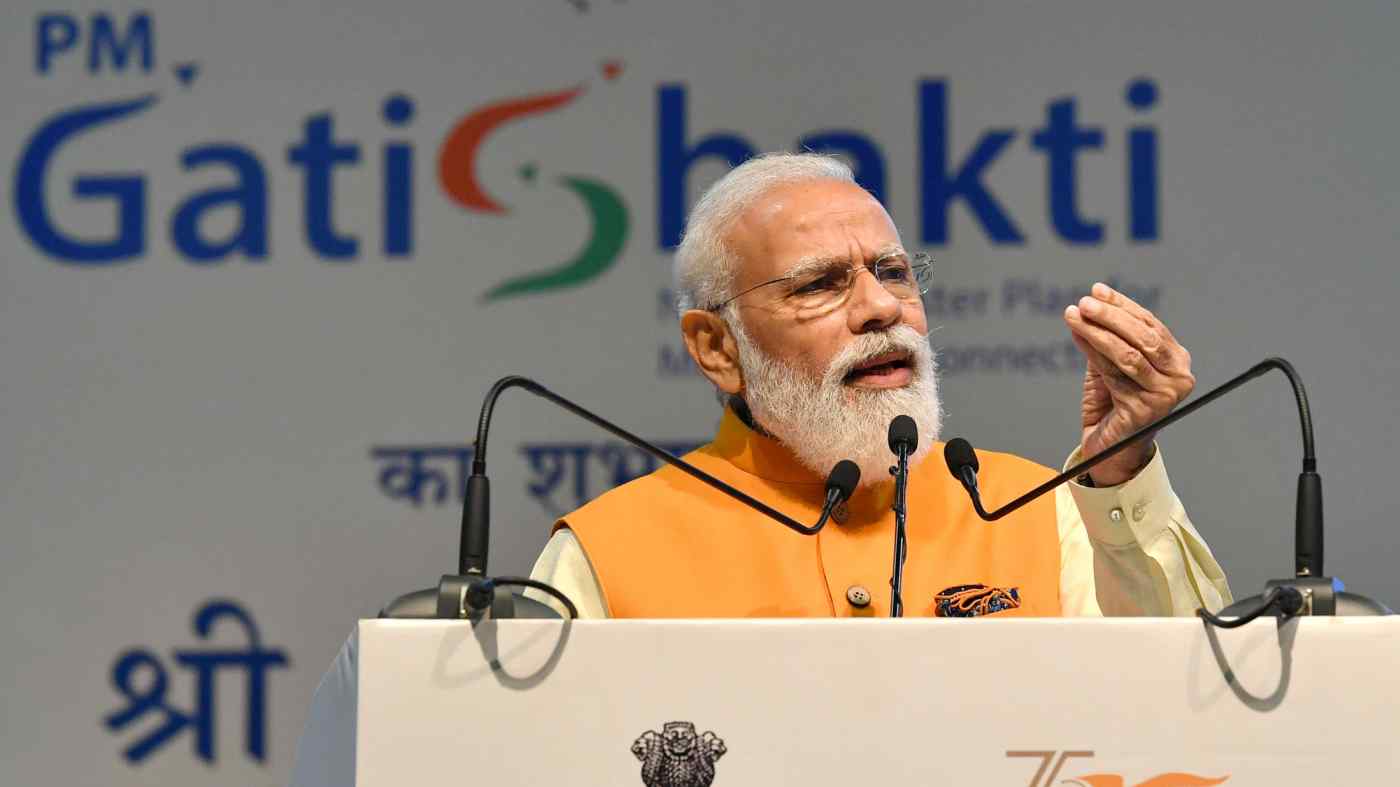 "With the resolve of a self-reliant India, the foundation of India for the next 25 years is being laid," Modi said, adding that the plan will promote next-generation infrastructure and improve transport connections.

The plan, called PM Gati Shakti, "will give impetus to the 21st-century India," he said. "PM" stands for "prime minister," while "Gati Shakti" is a Hindi expression meaning "the power of speed."

An official statement issued ahead of the launch said the project will provide integrated connectivity for the movement of people, goods and services from one mode of transport to another. It also aims to create "last-mile" infrastructure and reduce travel time for people.

The prime minister did not specify how the government plans to raise the 100 trillion rupees needed for the project.

Each government department will be able to monitor others' activities under the plan, providing critical data, while planning and executing projects in a comprehensive manner, the government said. The scheme "will help in synchronizing the activities of each department, as well as of different layers of governance, in a holistic manner by ensuring coordination of work between them," the statement said.

Modi had earlier spoken about the plan in his Independence Day address on Aug. 15.

"This scheme of more than 100 trillion rupees will result in new employment opportunities for hundreds of thousands of youths," Modi said at the time. "Gati Shakti will also go a long way in making our local manufacturers globally competitive, and this will also develop new possibilities for the creation of future economic zones," he said.