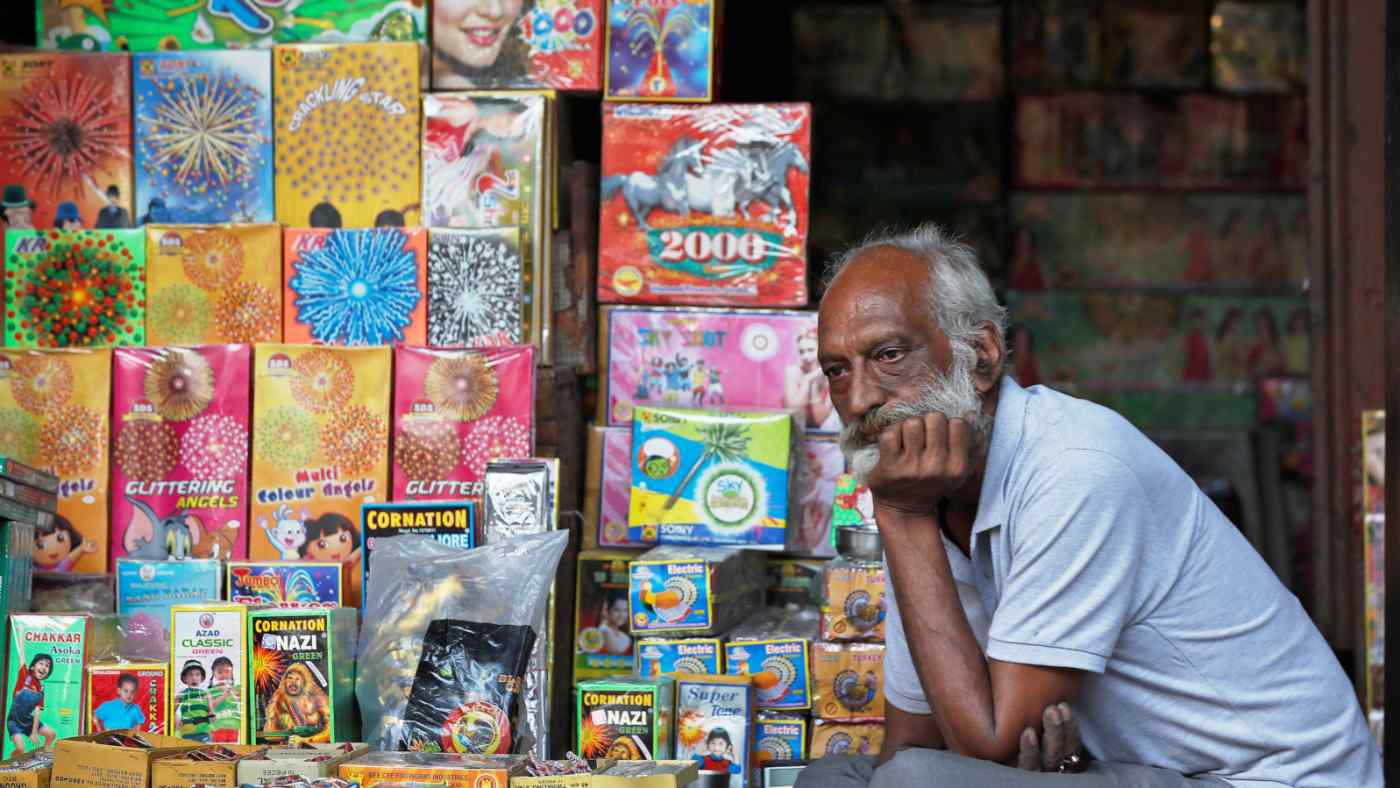 MUMBAI -- The Reserve Bank of India could loosen monetary policy soon if inflation risks subside, Gov. Urjit Patel said Wednesday, as central bank policymakers held off on a rate hike amid concerns about a slowing economy.

A rate cut at the bank's next Monetary Policy Committee meeting, set for Feb. 5, would mark the first since August 2017 and end the current tightening phase, which started in April this year.

"If the upside [inflation] risks we have flagged do not materialize or are muted in their impact as reflected in incoming data, there is a possibility of space opening up for commensurate policy actions by the Monetary Policy Committee," Patel told reporters after the meeting.

The committee met Wednesday, when the six-member group led by Patel unanimously decided to hold the policy repo rate at 6.5% and voted 5-1 to maintain the "calibrated tightening" stance, citing an "increase in inflation in items excluding food and fuel" in a statement.

The committee kept the policy rate unchanged for the second meeting in a row. It was last hiked in June and August by 25 basis points on each occasion.

Gross domestic product growth slowed in the July-September quarter to 7.1% after four consecutive quarters of acceleration, raising concerns in Prime Minister Narendra Modi's government ahead of the general elections scheduled for April or May 2019.

Growth in the core consumer price index, which excludes food and fuel, rose to 6.1% for October from 5.8% for September, after three consecutive months of decline.

But Patel's remark came amid decline in overall consumer price inflation, which dropped to an annual rate of 3.3% for October from 3.7% for September, compared with the central bank's target range of 4% plus or minus 2 percentage points. The lower headline inflation owed mainly to a drop in food prices and a sharp fall in the cost of crude oil -- a key factor given India's dependence on foreign energy. The Monetary Policy Committee of India, which is chaired by the country's central bank governor, kept interest rates unchanged for the second time in a row on Dec. 5.   © Reuters

Another factor that enabled Patel to raise the possibility of easing was the rupee. The currency has rebounded against the dollar in response to falling oil prices as well as an inflow of foreign investment. The rupee strengthened to 69.85 to the dollar on Nov. 29 from the low of 74.39 marked on Oct. 9, breaking the 70-per-dollar mark for the first time since late August. Depreciation of the rupee had been a major obstacle to monetary easing.

Nomura said that Patel's remark "suggests not only a possible change in stance [back to neutral from calibrated tightening], but also a reversal in policy rates, if inflation remains benign," in a research note released after the news conference.

"Our overall macro view remains that India is heading to a low-growth, low-inflation situation. We believe downside growth risks are being underestimated by the RBI," the note added.

Blame for the apparent slowdown in the Indian economy has been placed on factors such as the rupee's depreciation and a liquidity crisis in the shadow banking sector, which had contributed to the country's growth but is now saddled with souring assets.

The committee statement also noted: "Even as escalating trade tensions, tightening of global financial conditions and slowing down of global demand pose some downside risks to the domestic economy, the decline in oil prices in recent weeks, if sustained, will provide tailwinds. The acceleration in investment activity also bodes well for the medium-term growth potential of the economy."

After the committee's meeting on Wednesday, RBI Deputy Gov. Viral Acharya said the central bank is in regular contact with the Securities and Exchange Board of India regarding liquidity and impact of mutual fund redemptions. He said the bank is willing to stand as the lender of last resort for nonbank lenders and housing finance companies if need be.

The liquidity crisis, along with issues around bad loans and surplus reserves, had kept the government and the central bank at loggerheads for months until the two reached some common ground on Nov. 19.

Some issues, such as the RBI's surplus reserves, have been entrusted to an expert committee. The central bank has decided to revisit certain other recent policies relating to lending restrictions at weak banks.

On Tuesday, panel member Ravindra Dholakia flagged the need to "modernize" the way changes to prices are being calculated by the government, because an "inflation-targeting framework without proper measurement of the inflation rate can involve very high real costs."

The comments came amid a controversial revision of GDP data covering the previous government's term.

The data shows India's economic growth at an average of 6.7% during the last government, compared with 7.3% under Modi. Many argue that revising the figures is a political move ahead of the elections, and have questioned the reliability of the statistics.

The RBI, however, kept its growth forecast for the October-March period at 7.2% to 7.3% and for the entire financial year ending March 2019 at 7.4%. The central bank said it expects the rate to slightly improve in the first half of the next financial year to 7.5%, "with risks somewhat to the downside."