Food costs on the rise even as growth slows, compounding problems for Modi 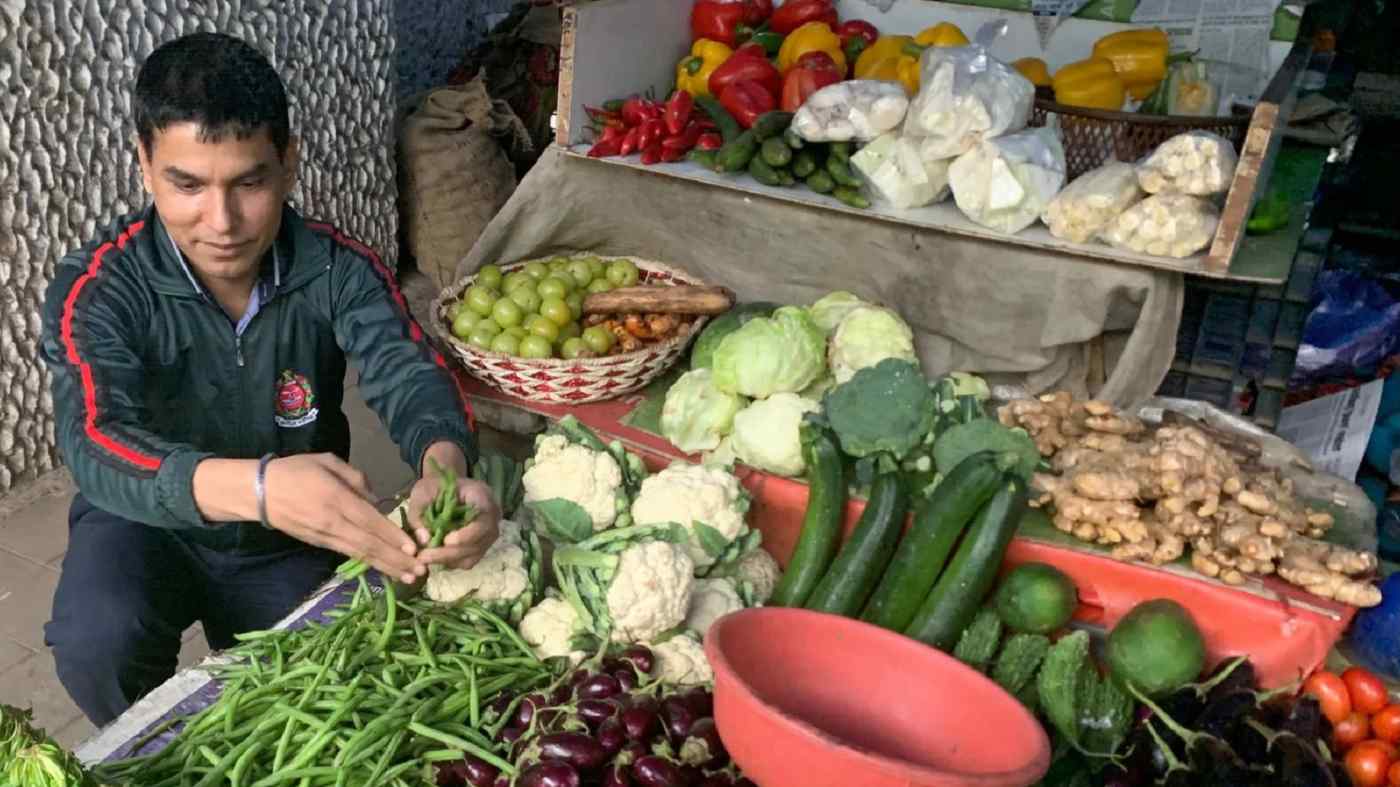 NEW DELHI -- Consumer prices in India rose at the fastest pace in nearly five and a half years last month as poor harvests drove prices of such staples as onions and beans, raising the specter of stagnation amid slowing economic growth.

The consumer price index rose 7.4% on the year in December, government data released Monday shows.Shortages stemming from unfavorable weather in the summer are a major culprit, helping to drive growth in the consumer food price index to 14%.

Food comprises about half of India's overall consumer price index. Vegetable prices skyrocketed 61%, pulses such as lentils -- commonly used in curries and other dishes -- jumped 15%, and meat and fish climbed 10%.

The surge risks hurting consumer spending, weighing on an economy whose growth has slowed to its weakest since 2018. This comes at an already politically difficult time for Prime Minister Narendra Modi.

High inflation also limits options for the central bank. India's gross domestic product grew 4.5% on the year in the three months through September, the weakest in six quarters, and Nomura Singapore sees a further slowdown in the fourth quarter to 4.3%.

Onions, a cornerstone of Indian cuisine, have become a symbol of consumers' plight.

"Onions are too expensive to buy," 30-year-old Vinod Giri lamented at a Delhi greengrocer last month. "I have to make do with a small amount of beans and leeks."

While stores have scrambled to import Russian onions to meet demand, the retail price of onions has more than doubled from normal levels to 120 rupees ($1.69) per kilogram. Giri said that the 300 rupees' worth of vegetables he typically bought each week would cost 800 rupees now.

The operator of a Delhi vegetable seller said the store once sold 100 kg of onions a day, but the staple is now so expensive that daily sales have plunged to 8 kg.

The sharp increase in food prices has driven an acceleration in overall inflation in recent months. Consumer price index growth hovered around 2% to 3% between January and September 2019, a trend generally seen as a symptom of a cooling economy. But inflation accelerated to 4.6% in October and 5.5% in November before topping 7% last month, and analysts see food prices continuing to rise.

Modi is already grappling with protests over controversial citizenship legislation that began last month, and anger over India's economic malaise and rising prices has added fuel to the fire. At least 31 people had died amid clashes between demonstrators and police as of early January, according to local media. Modi's ruling Bharatiya Janata Party suffered heavy losses in a state election last month.