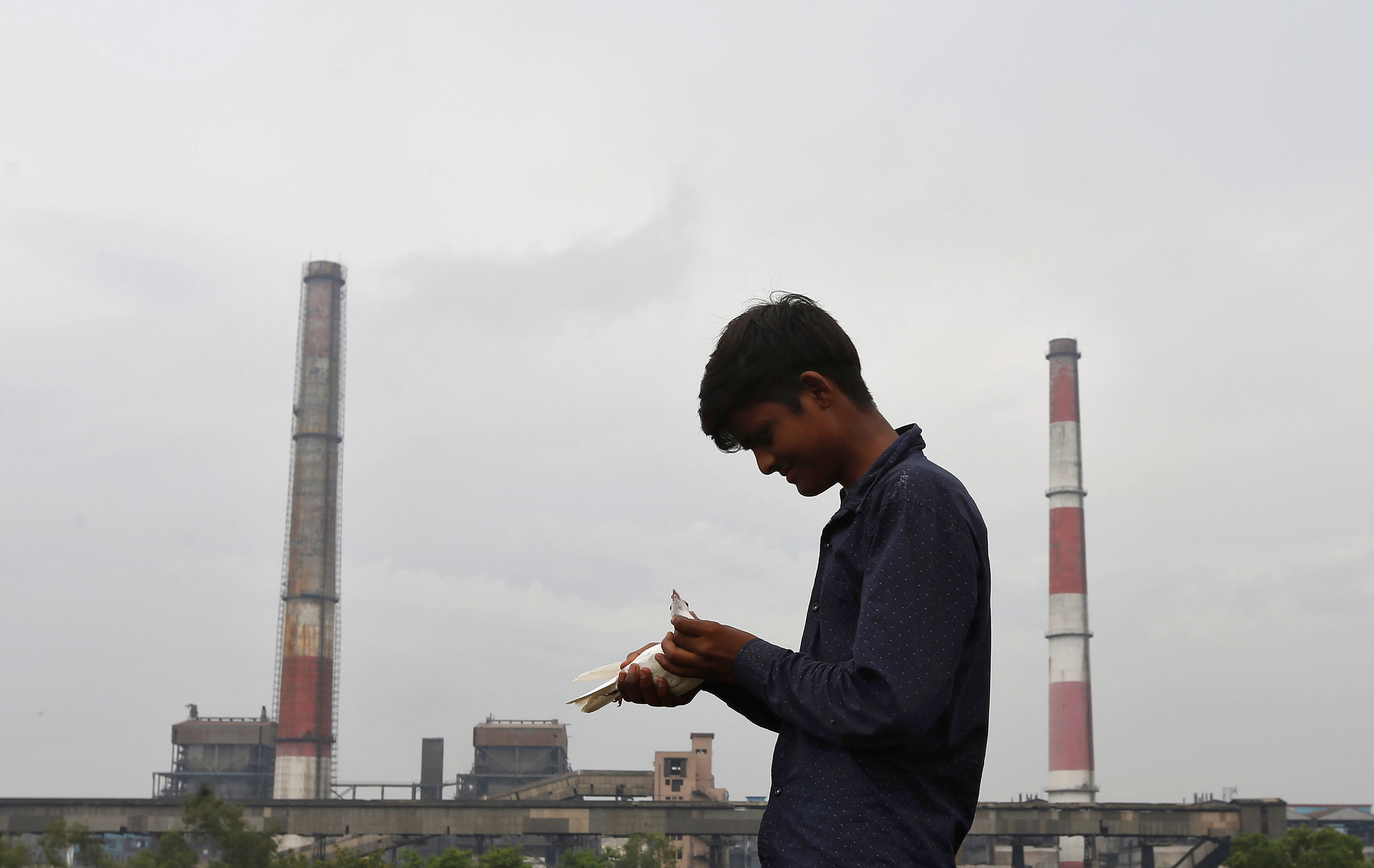 SINGRAULI, India -- After years of developing the thermal energy sector to meet the demands of a nation prone to outages, India is now facing a power glut with over 30 such producers teetering on bankruptcy. Yet the government shows no letup in its drive for more coal power and the effect of oversupply is rippling out to other sectors such as banks.

India's embrace of coal has allowed it to triple power generation over the past 15 years to 344 gigawatts, surpassing Japan to become the world's third largest electricity market.

"India has gone through a dramatic change," said Sydney-based Tim Buckley, director at the Institute for Energy Economics and Financial Analysis. "[Until] five years ago, power outages were absolutely commonplace and there was a massive deficit in supply relative to deman."

That supply needed to feed the country's phenomenal economic growth, registering 8.2% in the quarter ended June, has outstripped demand.A government report showed that 34 power plants with a total capacity of 40 GW are on the verge of bankruptcy. A report by investment bank Credit Suisse pegs their outstanding debt at 1.75 trillion rupees ($25 billion) that could potentially deal a heavy blow to banks if they default.

Many of India's power plants are either working below capacity or are yet to be built for various reasons, including a lack of committed coal source and delays in land acquisition due to fights with farmers and rural dwellers over poor compensation and rehabilitation packages. This in turn has discouraged electricity buyers from signing purchase agreements with these power companies.

The frenzied expansion of the power sector over the past few years is one of the reasons the country's banks are saddled with some of the highest levels of bad debt among emerging markets. This has had the knock-on impact of preventing them from lending to healthier companies, and as a result, reined in their potential for growth.

Yet alongside the development of coal power, Prime Minister Narendra Modi has set an ambitious target for India to install 175 GW of renewable energy by 2022.

With wind and solar energy becoming cheaper than coal, some electricity buyers are understandably turning to those new sources, adding to the woes of coal producers and their lenders.

Indeed, the country's power sector and government seem to be confused. State-run Coal India, for example, plans to diversify its business to include renewable sources of energy, including solar power. At the same time, India has about 50 GW of coal-fired plants in various stages of construction. All are expected to be completed by 2025.

Coal will continue to be India's mainstay energy source for the medium term, the government panel that drew up the report on the 34 power projects said in that report.

"India doesn't have a focused approach on its power policy," said Ashish Nainan, a research analyst at CARE Ratings.

Many of the problems of the coal sector are evident in the Singrauli region, which straddles the states of Uttar Pradesh and Madhya Pradesh. It's home to some of the 34 stressed power plants, including a 1,200 MW coal-fired plant owned by Essar Power.

The company has a sorry tale to tell and its woes encapsulates the problems faced by the sector. The Madhya Pradesh government acquired seven sq. kilometers over four villages for Essar to build its power plant and a dam to store the ash byproduct.

This plan resulted in the displacement of 720 families who were promised new homes, money, jobs, a hospital, a school, a playground and water and electricity supplies.

Essar says it has kept its side of the bargain, but 12 years later villagers say they have yet to be properly compensated. In the rehabilitation site Essar built, there is no piped water, sewage disposal lines and toilets, residents said. The clinic remains poorly staffed and lacking in medical supplies.

An Essar spokesperson denied such allegations and the company's compensation package followed state guidelines and in some cases, exceeded them. 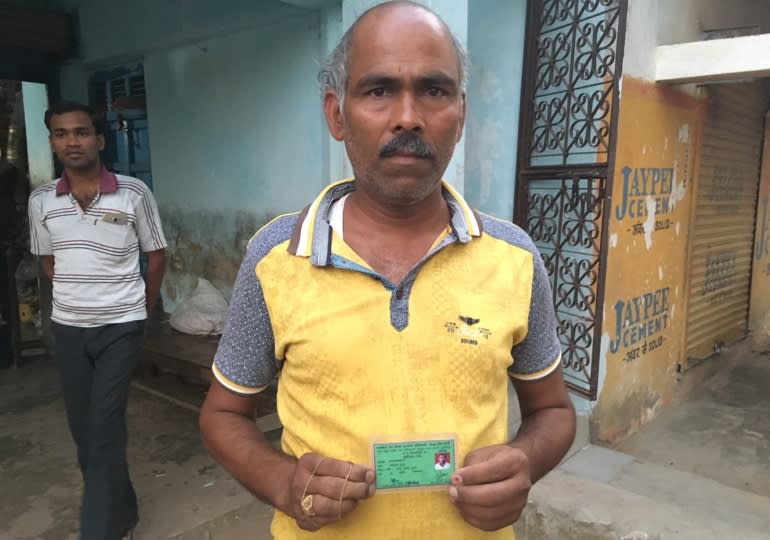 Ramkesh Gupta poses with a government issued identity card that confirms his displacement due to construction of power plant and a dam. (Photo by Megha Bahree)

Many residents like Ramkesh Gupta are still waiting for the land promised them. With a government issued identity card that confirms his displacement, Gupta has legitimate proof for his claims. Others are less fortunate. It is common to hear of villagers being dragged from their homes for demanding compensation and imprisoned.

Land Conflict Watch, a New Delhi-based portal that maps out land conflicts, said there are currently 7.2 million affected people in 642 ongoing cases, which in turn are impacting investments worth $165 billion across India.

As for the plant, India's top court canceled its coal block, as well as those of many of the 34 stressed power companies, for unrelated reasons. Only one of the plant's two 600 MW units is now partially operating, at 52% of capacity. On this plant alone, the company owed 59,510 million rupees as of March. But it has more than one troubled power plant and is negotiating with bankers to keep from falling into bankruptcy proceedings.

Despite many such stranded power plants across the country, India is still pushing ahead with acquiring land for coal and to set up new thermal plants.

Just a few miles from Essar's stalled plant, state-owned THDC India is in the process of acquiring Pidarwah village to mine coal for a new power plant that is being built a thousand kilometers away.

"You might as well import it from Australia," said Buckley. "This is a very expensive proposition, especially when demand is not growing as fast as people thought it would."