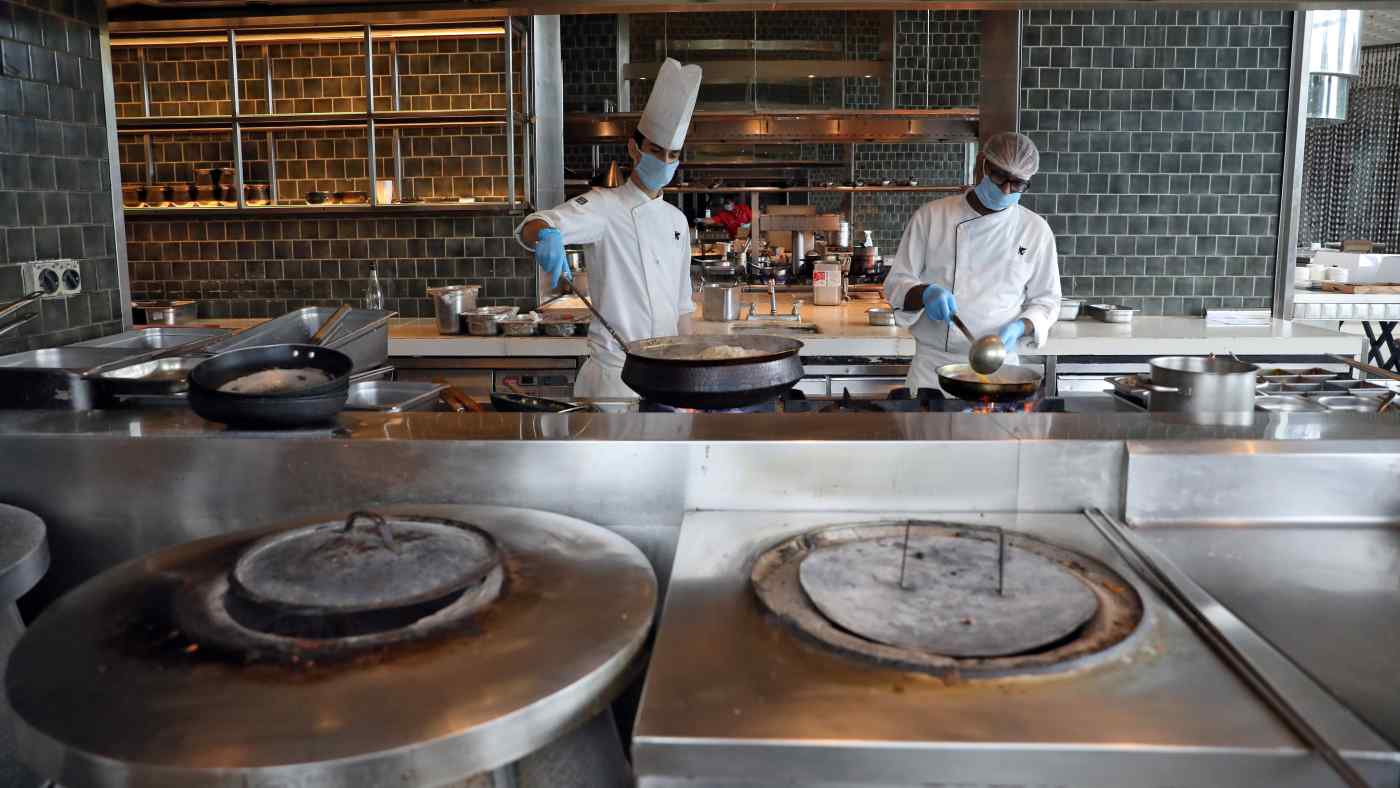 TOKYO -- India has lifted an overnight curfew as part of moves to further ease COVID-19 lockdown restrictions, which came into effect in August. The change expands the freedom of economic activity in the country but is accompanied by the risk of accelerating coronavirus infections.

The Indian economy, which has been battered by the strict restrictions, is starting to show some signs of brightness but these may weaken in the longer term if infections keep rising.

"This is [more of] a relaxation. Removing the night curfew is big," said Madhur Kalra, who works in New Delhi, in reference to the government's announcement, which follows its "Unlock 3.0" guideline on July 29 to restrictions on activity.

Citizens in India had been required to stay at home between 10 p.m. and 5 a.m. until the end of July.

The limitation was hard as Indian people like to go out at night. Before the COVID-19 pandemic, families dined out from around 9 p.m. as part of daily life in the country. Though the curfew has been lifted, it is uncertain whether citizens will revert to going out at night as concerns about infection remain.

Nevertheless, people are gradually being given back the freedom to move about as yoga classes, gyms and other facilities have been allowed to resume operations.

In late March the Indian government implemented tough lockdown restrictions to contain the novel coronavirus, including the closure of factories and stores and limitations on outings. In "containment zones" demarcated by local authorities due to the concentrated spread of the disease, strict restrictions remain in force.

At the end of May, however, the government changed activity restrictions from "lockdown guidelines" to "unlock guidelines" to show its change of emphasis to the resumption of economic activity. In areas where the number of infected people is limited, most operations -- with the exception of schools, movie theaters, urban rail transit systems and international flight services -- are now authorized.

The Indian economy is starting to show some promising signs as a result. "We can clearly see the agriculture sector is driving this [economic] revival," Finance Minister Nirmala Sitharaman said in a virtual conference held by the U.S.-India Business Council on July 22. Monthly tractor sales in India increased by more than 20% in June and July on a year-to-year basis.   © Reuters

Signs of improved economic activity can be seen in other sectors as well. Maruti Suzuki, India's biggest automaker which is majority-owned by Japan's Suzuki Motor, logged a 1% increase in domestic unit sales in July from a year earlier, swinging back into positive territory for the first time in six months.

Financial markets have welcomed the resumption of economic activity. India's benchmark SENSEX index is currently hovering around 38,000, having regained approximately 90% of its pre-pandemic high of about 41,900.

But the relaxation of lockdown restrictions is accompanied by risks as the spread of COVID-19 infections is showing few signs of slowing.

The number of new infections in India began to exceed 50,000 per day in late July, totaling nearly 2.4 million as of Aug. 13. Although the number is smaller than that in the U.S., the most widely infected country in the world, it is expected to reach that of Brazil, which has now seen nearly 3.2 million infections, before long.

The Indian government's attempt to reopen economic activities had already come to a standstill, Oxford Economics, a British research group, said in a report released last month. It said that the central government's attempts to restart the economy were already running aground, and, with coronavirus cases still rising, "states and union territories are either suspending, reopening or even re-tightening restrictions."

The Indian economy has been greatly impacted by strict lockdown restrictions, seen in the steep declines in various economic indexes like corporate earnings, employment and consumer spending. Data on gross domestic product in the April-June period, due to be released by the government at the end of August, are widely expected to show a double-digit contraction in the country's economy.

The negative growth of the economy will continue into the July-September quarter, according to many analysts and economists, with a turnaround nowhere in sight.