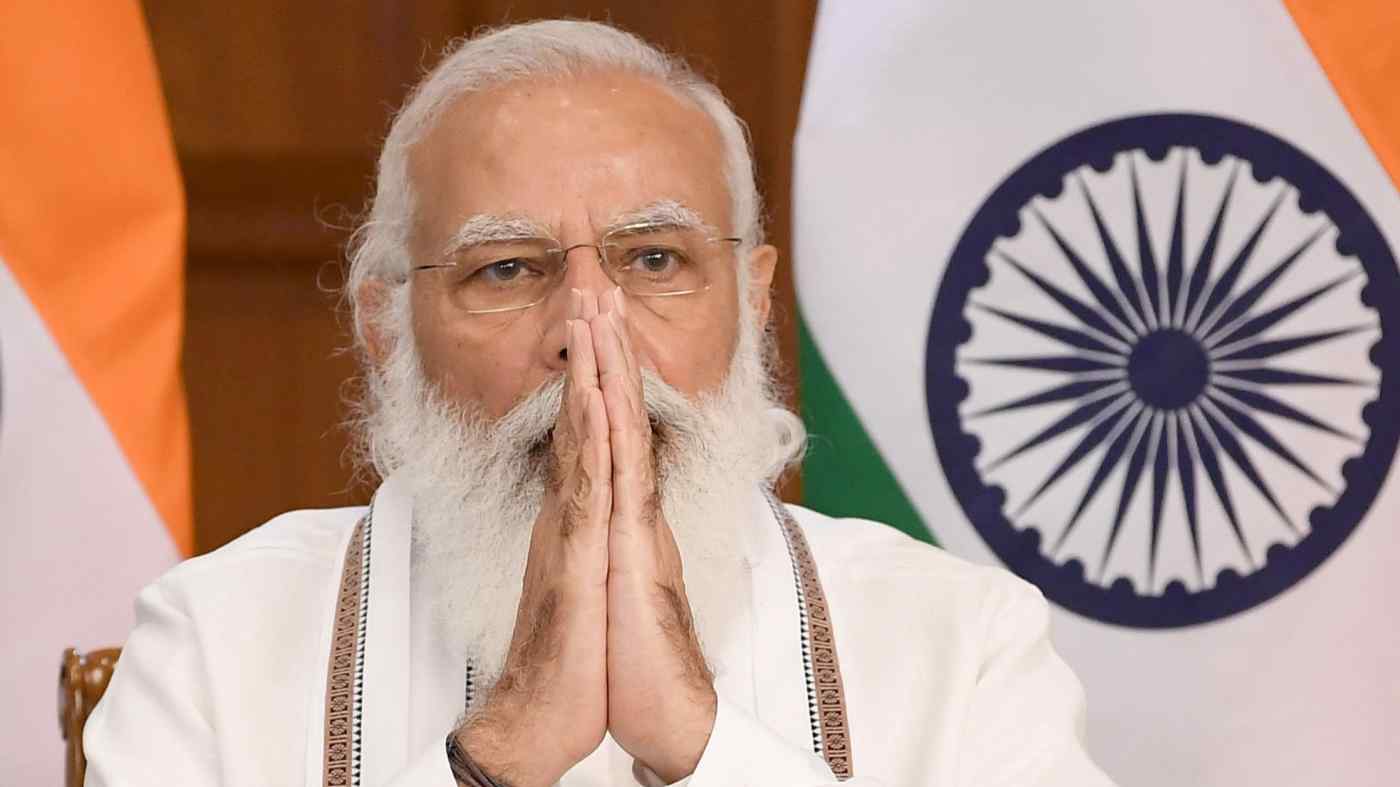 NEW DELHI -- India's new cashless and contactless instrument for digital payments, the e-RUPI, which aims to provide leakproof welfare services, is expected to make doing business in the country more efficient and is likely to bolster Prime Minister Narendra Modi's political support, according to analysts.

The e-RUPI is a person- and purpose-specific payment system that uses a QR code or SMS-based electronic voucher that is delivered to the mobile phone of a beneficiary. Under this one-time payment mechanism, users can redeem the voucher without a card, digital payments app or internet banking access, at the service provider.

For example, if an e-RUPI voucher is issued by the government for COVID vaccination, it can only be used for that service. The system is expected to make many payments for direct benefit transfers (DBT), to citizens, such as drugs and nutritional support.

"The e-RUPI voucher is going to play an important role in making digital transactions and DBT more effective in the country," Modi said at the Aug. 2 launch of the system, calling it a "futuristic reform" initiative. "It will ensure targeted, transparent and leakage-free delivery to everybody."

"Not only the government -- if any general institution or organization wants to help somebody through treatment, education or for any other work, it will be able to make the payment through e-RUPI instead of cash," Modi said, adding that the system will first be applied in the health sector.

"Any [digitization] of financial transactions should reduce the transaction cost and improve the speed of doing business," N. R. Bhanumurthy, vice chancellor of the Bengaluru Dr. B. R. Ambedkar School of Economics, told Nikkei Asia.

Describing e-RUPI as "an innovative digital solution," Harshita Bhatnagar, a former national information and communications technology expert with the Asian Development Bank, said. "All in all, it is a low-cost, contactless, quick, and safe voucher distribution solution which will find many takers soon."

However, some have sounded a note of caution and called for stronger controls to monitor for fraud. "If real beneficiaries start [cashing in] such vouchers ... it would be difficult to trace such prepaid instruments once they start to move from one hand to other," according to Bharat Panchal, chief risk officer for India, the Middle East and Africa at fintech specialist FIS Global. 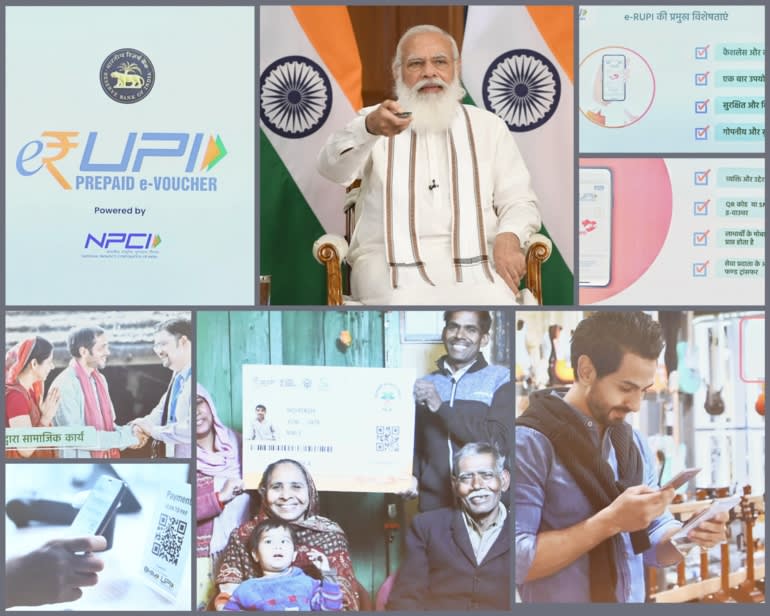 A screenshot of the virtual launch of the e-RUPI digital payments system in New Delhi on Aug. 2. (Photo courtesy of the government of India)

"Therefore, it would be very effective to match the beneficiary's details at the time of redemption to make sure that real beneficiary only is using it and not someone else," he said in a statement.

Others tout the benefits of the e-RUPI, saying it will shrink the "black economy" of unrecorded, untaxed transactions. "Digitization is always helpful, as the money will come to the formal sector," said Manoj Gairola, editor-in-chief of News Nation TV channel, adding the move will also help curb corruption, as the end beneficiary will receive benefits directly. "With transparency, the black economy ends automatically," Gairola said.

India runs several hundred welfare programs aimed at reducing poverty, including job-creation schemes and food security and housing projects, but these involve complex layers of bureaucracy. In the past these programs have been hampered by allegations of corruption, with the benefits often failing to reach those who needed them the most.

The Modi government is optimistic that digitization can help overcome these challenges. It sees direct payments as the primary way to deliver welfare benefits to recipients.

In his Aug. 2 address, Modi said his government is providing benefits from over 300 programs to people through direct transfers. "About 900 million [of our] countrymen are getting benefits in some form or the other due to this," he said, pointing out that food grains, liquefied petroleum gas, medical treatment, educational scholarships, assistance to build houses and other benefits are provided in this way. "Today we are looking at technology as a tool to help the poor and their progress."

With the launch of the e-RUPI, experts believe Modi will gain politically as well. "The direct benefit transfers [are targeted at those] at the lowest rung of the society," Gairola observed, adding that the people at the bottom of the economic pyramid are the "real voters."

If poor people receive benefits directly, without hindrance, Modi's ruling Bharatiya Janata Party will do well, he said, pointing out that elections in the politically crucial state of Uttar Pradesh, India's most populous state, with 200 million people, are due next year.