BANGALORE/LUCKNOW -- Workers in a number of Indian states where the party of Prime Minister Narendra Modi rules are worried about business-friendly changes to labor laws.

Modi urged heads of the states last month to prompt Indian companies doing business in China to come home. Two days later, he chaired a meeting with the central cabinet to discuss how to attract foreign investors and promote local investment. The meeting focused on removing hurdles to starting a business.

Since then, nine states have relaxed labor laws, including the most populous northern state of Uttar Pradesh, centrally located Madhya Pradesh and Karnataka in the south. Uttar Pradesh and Madhya Pradesh have suspended restrictive laws for 1,000 days and Gujarat state for 1,200. Of the total states, six are controlled by the ruling BJP party or its coalition.

The government of Uttar Pradesh passed an ordinance on May 6 suspending 35 of 38 labor laws. The ones left untouched pertain to payment of wages and prohibition of bonded labor. The government justified the changes as necessary to encourage economic activity, which has been battered due to the extended lockdown.

Likewise, Gujarat -- Modi's home turf -- has exempted industries from all but three labor laws, which pertain to payment and employee safety. Madhya Pradesh has also introduced a slew of rules, such as exempting new companies from needing government permission for layoffs.

The mechanism to redress industrial disputes has also been ditched. Companies with less than 100 employees can hire and fire as they please. Now, factory workers can be asked to put in 12 hours a day -- far more than the previous eight hours. Hard-pressed workers in Gujarat, like these shown in an iron casting factory, will be toiling in a business-friendly labor environment for 1,200 days.   © Reuters

In the southern state of Karnataka -- whose capital Bengaluru is India's hub of information technology -- the government pushed out P. Manivannan, principal secretary of the Labor Department earlier this week. At his behest, the department put on notice companies that had not paid salaries for April in the wake of the lockdown. In response, the Karnataka Employers' Association shot off a letter to the chief minister of the state, stating that the notice was akin to a threat from the government.

Karnataka's chief minister is slated to amend acts governing factories, industrial disputes and labor laws this week. The state has already amended an act to allow companies to buy land from farmers. Until now, companies could only buy agricultural land through a government agency.

On the other hand, states such as Odisha, Punjab, Rajasthan, Goa and Bihar exempted factories and industrial units from the earlier cap of eight hours of a day and 48 hours weekly. According to the changes, the units can force employees to work 12 hours a day, with payment for overtime and a mandatory break of at least 30 minutes after every six working hours. In any case, the working hours should not surpass 72 hours a week, according to an Odisha government notification.

Arun Kumar, economist and professor at the New Delhi-based Institute of Social Sciences, noted that the ruling Bharatiya Janata Party wanted to revert labor laws to 2014 right after inserting Modi as prime minister. He said the BJP had started modifying laws, such as allowing fixed-term employment in all the sectors, but had to slow down owing to criticism it was favoring industrialists and ignoring the working class. 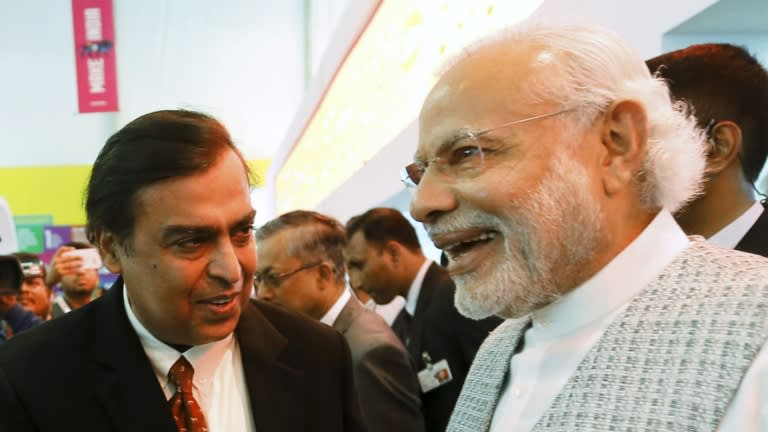 The labor wing of Rashtriya Swayamsevak Sangh -- the Hindu nationalist group at the core of the BJP -- had foreseen the government's move. Arun said the economic woes brought by COVID-19 have given the BJP an opportunity to push through its long-pending labor reforms.

The developments have triggered widespread discontent among trade unions, which may call the International Labor Organization to intervene.

Prem Nath Rai, General Secretary of Centre of Indian Trade Unions, said government has an excuse to do what it wanted to do for a long time: crush labor. "The final result after suspending the laws, will be underpayment to laborers, increase in the working hours and nonpayment of gratuity and bonus," he said.