But doubts raised over role of sugar tax in curbing diabetes JAKARTA -- As concerns grow about rising obesity in Southeast Asia, Indonesia will introduce legislation next year aimed at reducing the content of sugar, salt and fat in food.

"We want to push our industry to make it low sugar, low salt, low fat," Nila Moeloek, Indonesia's health minister, told the Nikkei Asian Review. "Next year the Ministry of Industry will make regulations for sugar, salt and fat," she added.

In August Singapore Prime Minister Lee Hsien Loong railed against sugar-laden drinks in a televized speech. Lee's tirade prompted seven beverage makers, including Coca-Cola, to commit to "a maximum sugar content of 12% for all of their drinks sold in Singapore by 2020," according to the health ministry of Singapore, where an estimated one in nine people are diabetic. Indonesian Health Minister Nila Moeloek speaking to journalists at the EAT forum in Jakarta on Oct. 30 (Photo by Simon Roughneen)

Sugar taxes are also being considered in Singapore and will be implemented in Western countries such as France, Ireland and possibly the U.K. However consumer group proposals in Australia to introduce a 20% sugar levy on drinks have been met with fierce industry opposition, and another country in the region, Malaysia, is not convinced of the effectiveness of taxing sugar as a means of reducing sugar consumption.

In 2013 the Malaysian government abolished a consumer-friendly subsidy for sugar, which led to an increase in prices for food and drink containing sugar. "We used to subsidize sugar, so we removed that, and the cost of sugar went up," said Subramaniam Sathasivam, Malaysia's health minister, speaking on the sidelines of the EAT Asia Pacific Forum in Jakarta, a regional food industry meeting organized by the Norway-based EAT Foundation.

It was expected that removing the subsidy would lead to reduced sugar intake, but the impact appears to have been minimal. "We see there is no decrease in consumption of sugar," the minister told the Nikkei Asian Review.

For now, Malaysia is waiting to see if sugar taxes elsewhere will lead to reduced consumption. "If there is overwhelming evidence that shows that tax reduces sugar consumption, we have to know at what level, then we will probably consider that," Sathasivam said. 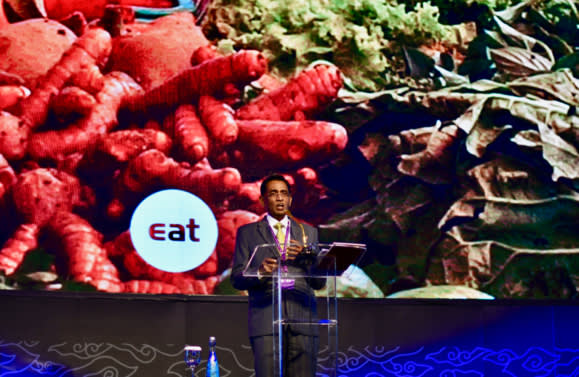 However, like Singapore and other countries in the region, Malaysia is struggling with growing obesity and a rise of related "lifestyle" conditions or "non communicable diseases" such as diabetes. In June, the Asian Development Bank estimated that 40.9% of adults in Asia and the Pacific regions were overweight or obese, while in 2015 a Malaysian National Health and Morbidity Survey in 2015 suggested that a fifth of Malaysian adults would have diabetes by 2020.

But the jury is also out on the extent to which sugar consumption causes diabetes. "Right now we as consumers tend to be confused by what to eat, we get different messages from different sources," said Gunhild Stordalen, president of the EAT Foundation.

The World Health Organization reported last October that while cutting sugar can help prevent diabetes, fats and salts in processed foods are also drivers of the condition, adding that people's lifestyle choices around diet and exercise are also key to prevention.

"We are still not happy with the per capita consumption of vegetables and fruits," Sathasivam said. "It's the overall calorie consumption, if people exercise more, if we can address those things, we can reduce the incidence of diabetes."

Indonesian health minister Moeloek echoed her Malaysian counterpart's assessment that preventing obesity and diabetes was in part down to personal health. "The people must change their attitude, Indonesia has so much delicious food but it is not always healthy," she told the Nikkei Asian Review.