Indonesia economy fails to pick up steam ahead of April election 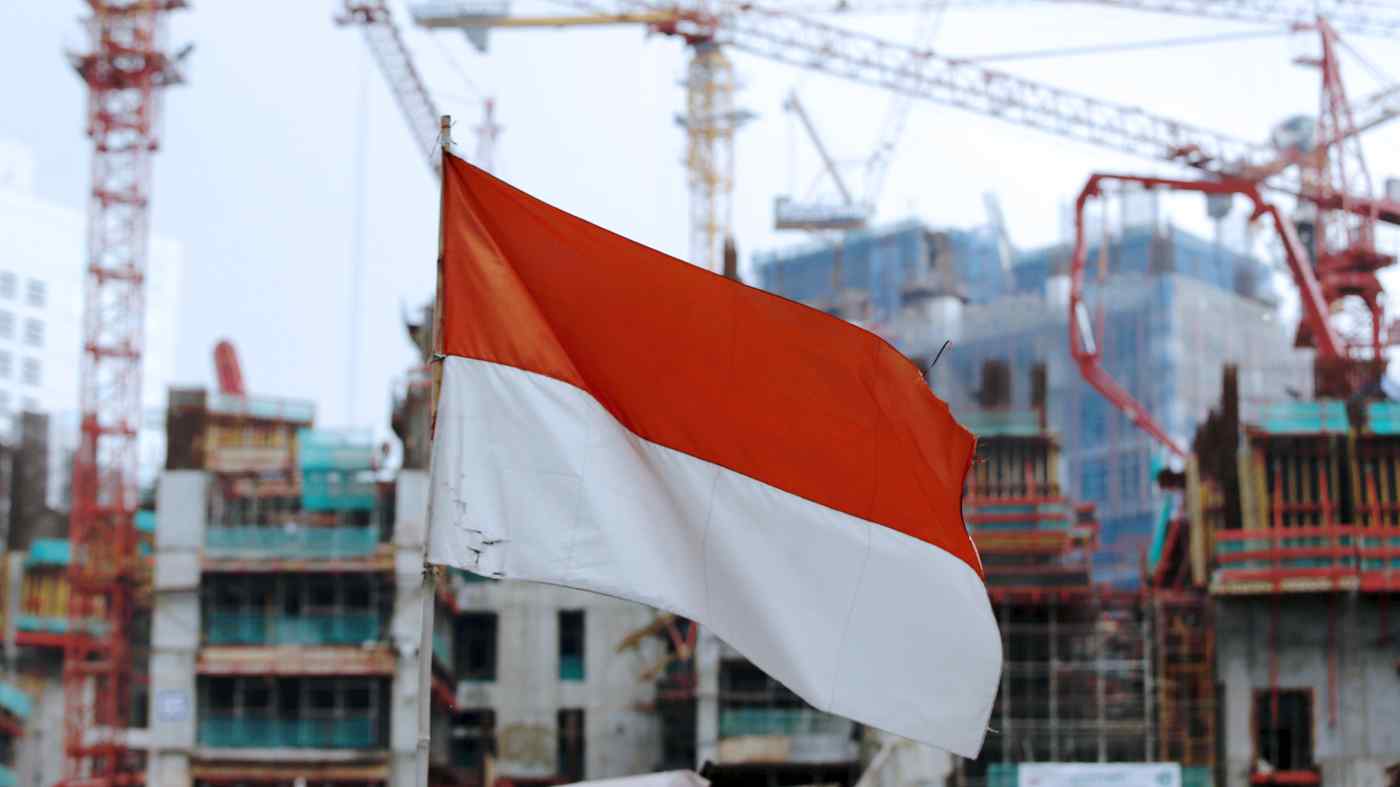 In the past year, Indonesia has had to deal with the effects of several natural disasters and a plunging currency.   © Reuters
SHOTARO TANI, Nikkei staff writerFebruary 6, 2019 15:31 JSTUpdated on February 6, 2019 16:28 JST | Indonesia
CopyCopied

Data from Badan Pusat Statistik, the country's statistics agency, released on Wednesday showed real gross domestic product grew by 5.17% in 2018, short of the 5.4% target set in the state budget. The figure was, however, slightly above the Reuters consensus forecast of 5.15%. The government's growth target for 2019 is 5.3%.

Wednesday's data will be the last released before the presidential election on April 17, and could form the basis of many voters' appraisal of the president's performance on the economy.

Widodo, who faces former Gen. Prabowo Subianto for the second time in the election, initially promised growth of 7% when he was elected in 2014. But the figure has hovered around the 5% mark since he came into office.

Indonesia has faced numerous challenges over the past twelve months, including several major natural disasters and a plunging currency.

At one point, the rupiah fell to its lowest level against the dollar since the Asian financial crisis in 1998. Bank Indonesia raised interest rates by a combined 175 basis point throughout the year, contributing to a difficult growth environment.

The GDP figures follow worsening foreign direct investment data released at the end of January. FDI to the country fell 8.8% last year, dropping for the first time during Widodo's tenure, as investors bided their time ahead of the election.

Jakarta needs capital to fund infrastructure projects and other initiatives, and the sluggish foreign investment was a drag on the economy. 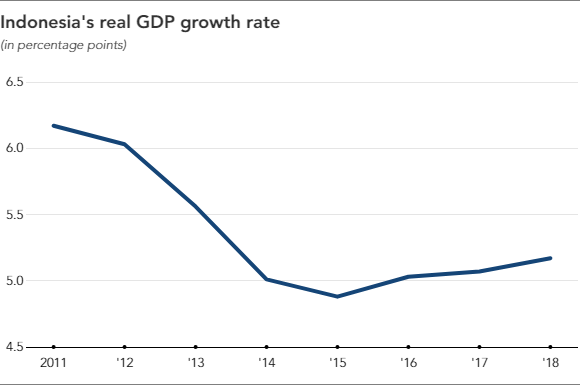 But "the government must make extra effort to boost investment,” he added.

“If there is no breakthrough from the upcoming elected government to reinvigorate investment, growth may only reach 4.9%-5.0% in 2019 since exports are likely to decrease due to lower commodity prices."

Widodo has sought to present himself as a reformist who is willing to cut red tape to help both domestic and foreign businesses. However, he has stepped back from a number of deregulation measures recently, given the danger of appearing unnationalistic so close to the election.

The country fell one place to 73rd in the World Bank's ease of doing business index in 2018. Widodo has set a target of being in 40th place in 2019.

The Organization for Economic Cooperation and Development's FDI restrictiveness index for 2017 put Indonesia as the third most restrictive country, behind the Philippines and Saudi Arabia.

The Prabowo camp has been quick to criticize the government for its handling of the economy. Vice presidential candidate Sandiaga Uno, a former Jakarta vice governor and a prominent businessman, has toured rural areas in a bid to highlight difficulties faced by ordinary people due to rising prices.

The government has taken various steps to keep a lid on the cost of goods, and tried to boost private consumption, which accounts for over half of GDP, by giving additional bonuses to public servants and retirees.

In a piece of positive news for the administration, the inflation rate for January was 2.82%, the lowest it has been since August 2016.

Private consumption grew 5.05% on the year in the GDP data, slightly faster than last year. Hosting events like the Asian Games and the IMF-World Bank annual meeting likely contributed to the growth.

On a quarterly basis, GDP grew by an annualized 5.18% compared with a year earlier in the three months ended in December, marginally faster than the previous quarter's 5.17%. On a quarter-to-quarter, non-seasonally adjusted basis, GDP contracted 1.69% in the fourth quarter.