Elections, capital move are priorities in next year's budget plans 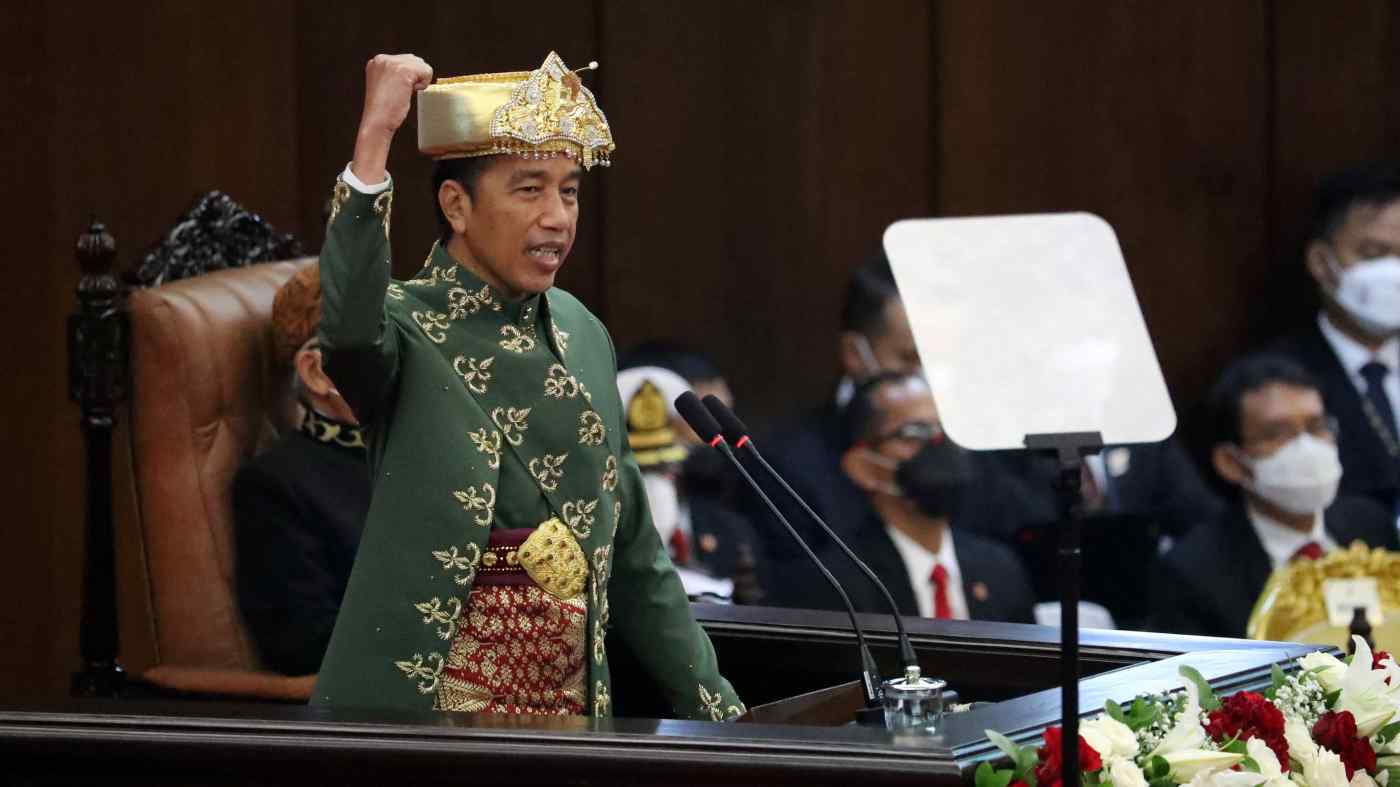 JAKARTA -- Indonesia is upbeat about its economic prospects, with the government aiming for gross domestic product growth of 5.3% next year and for the fiscal deficit to return to the pre-pandemic level, despite the challenging geopolitical situation, according to the 2023 draft budget unveiled Tuesday.

President Joko Widodo presented the draft in his state of the nation address to parliament, which includes total spending of 3,041.7 trillion rupiah ($205.9 billion). That is 2% lower than the 2022 figure, which was raised in May to reflect ballooning subsidy spending that the government said will total 502 trillion rupiah this year, mainly due to a sharp rise in fuel subsidies.