Indonesia in talks with Japan to create sovereign wealth fund 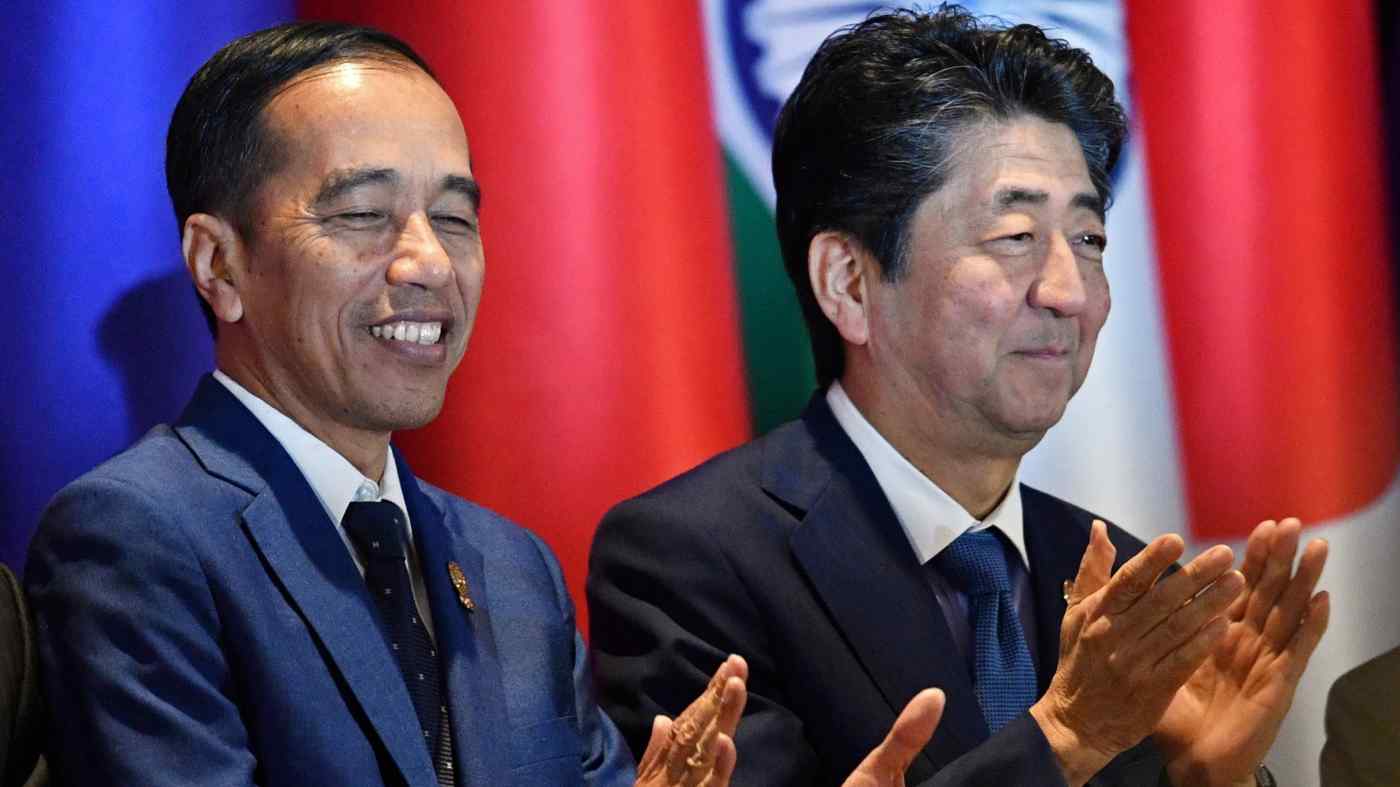 JAKARTA -- Indonesia is in talks with countries including Japan to establish a sovereign wealth fund, as it looks to double down on investment and boost economic growth.

Coordinating Minister for Maritime and Investment Affairs Luhut Pandjaitan revealed that Indonesia was considering such a fund after a meeting on Tuesday with President Joko Widodo and Tadashi Maeda, governor of Japan Bank for International Cooperation, a Japanese public financial institution and export credit agency.

"One of the points discussed by Indonesia and JBIC is considering, or in other words leading to an agreement to establish... a sovereign wealth fund," Pandjaitain told reporters. While the minister did not specify what the fund will invest in nor its scale, he said that he has also been in talks with the U.S.

Pandjaitan said the fund he discussed with Japan and the U.S. was different from one agreed with the United Arab Emirates in September. That fund, he said, would collect money from overseas investment funds including the UAE, with the aim of attracting $5-10 billion to be spent on infrastructure such as the development of Indonesia's new capital.

Such funding will be key for the establishment of the new city in East Kalimantan, as the state budget will only cover 19% of the 466 trillion rupiah ($33 billion) needed for development.

"Singapore, India, Egypt, Russia, Saudi Arabia, China, Japan, all have [sovereign wealth funds]. We don't have it yet. So now we are catching up," Pandjaitan said.

The plan to develop a sovereign wealth fund is a deviation from an initial plan to transform the ministry overseeing state-owned enterprises into a super-holding company akin to Singapore's Temasek or Malaysia's Khazanah.

"Instead of a super-holding company, we will form sub-holdings that can focus on each business unit's activities," the new SOE minister Erick Thohir said on Monday.

Should Indonesia's sovereign wealth fund be based on a models such as that of Temasek, investments into new enterprises could become one of its key mandates. The country is already home to five unicorns -- the most in Southeast Asia -- and Widodo has stated he wants to turn Indonesia into a digital archipelago.

The feasibility of Indonesia creating a sovereign wealth fund remains under question.

Pandjaitan said in October that Indonesia would finalize talks with the UAE "soon," but nothing concrete has been announced yet.

A foreign investor in Indonesia said that he was "not overly excited" that any form of a sovereign wealth fund will be set up soon. The person, who asked not to be named, added that it would "take a couple of years to lay out the framework before the fund's launch."

"As a concept itself it does make sense that you have strong fund that is able to support, from a technical stand point, certain businesses, to support the country itself," said the investor. "But you also want it to not run into a certain situation where you taking up ownership [of businesses] become too high."

"You need to make sure it is properly thought through on the strategy," he said.