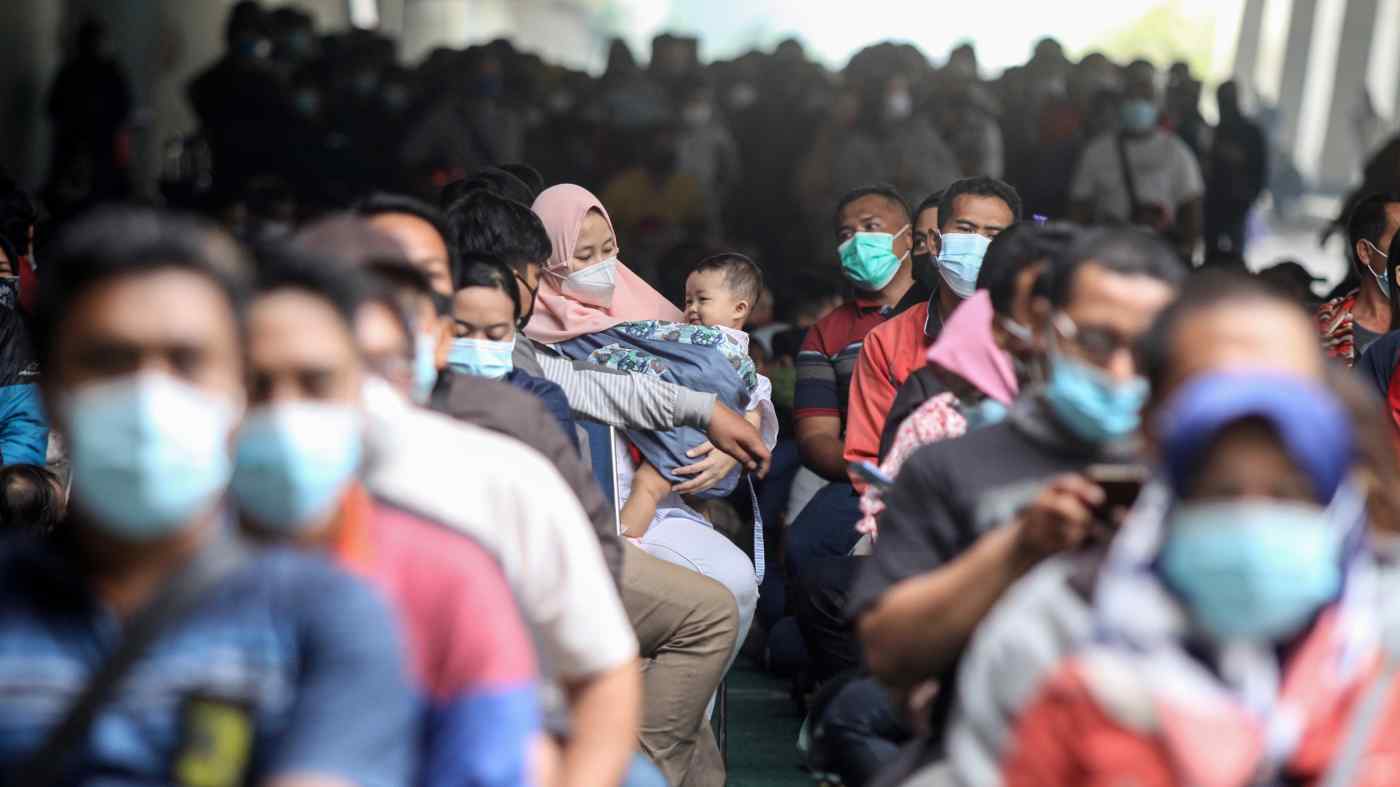 JAKARTA (Reuters) -- Indonesia's central bank held its key interest rate at a record low on Thursday to support the economy amid a growing COVID-19 crisis, but said recent anti-virus measures had hit activity less than expected.

Bank Indonesia (BI) kept the benchmark 7-day reverse repurchase rate at 3.50%, where it has been since February, as expected by all 31 economists in a Reuters poll. The central bank also left its two other main policy rates unchanged.

Indonesia has one of the world's worst coronavirus outbreaks due to a rapid spread of the Delta variant, reporting around 1,000 deaths from the respiratory disease each day in the past week.

The government extended pandemic-linked restrictions to July 25 as the number of infections remained high, but is hoping for a gradual easing of curbs next week if cases drop, President Joko Widodo said on Tuesday.

BI Governor Perry Warjiyo said the policy decision was consistent with the need to support the economy while keeping the local currency stable. The rupiah has lost more than 2% against the U.S. dollar since the Federal Reserve in June flagged an earlier-than-expected exit from its pandemic-era stimulus.

"For 2021, all of BI's policies are pro-growth, except for those aimed at maintaining the currency stability in anticipation of global market uncertainty," Warjiyo said in an online news conference.

But the midpoint of the forecast range was 3.9%, slightly higher than the 3.8% BI forecast a week ago, because the curbs are expected to be eased next week, Warjiyo said. BI had previously assumed the curbs would last for a month.

Exports have also been stronger than expected on the back of the global economic recovery and high commodity prices, Warjiyo said, noting that he expected GDP growth to slow in the third quarter, but then accelerate in the October-December quarter.

"We see a potential for even higher growth than 3.9% if supported by quicker vaccination efforts so we reach herd immunity sooner," he said, adding that fiscal spending could also boost the outlook.

He told an interview with CNBC Indonesia after the conference that 2022 GDP growth is seen in a range of 4.6% to 5.4%.

The rupiah, which gained ahead of BI's announcement, barely moved after the decision, while the main equity index extended gains and ended the session 1.8% up. The currency has been weakening over the past week amid concerns that coronavirus curbs could derail the economic recovery.

"The main reason rate cuts are unlikely is worries about the currency," said Capital Economics in a note, expecting no change in rates until the end of next year.

ING economists also predicted an extended pause deep into 2022, although they noted the rupiah will likely be under pressure during bouts of investor aversion to riskier assets.

BI has cut interest rates by a total of 150 basis points and injected over $57 billion of liquidity into the financial system since the pandemic began early last year.