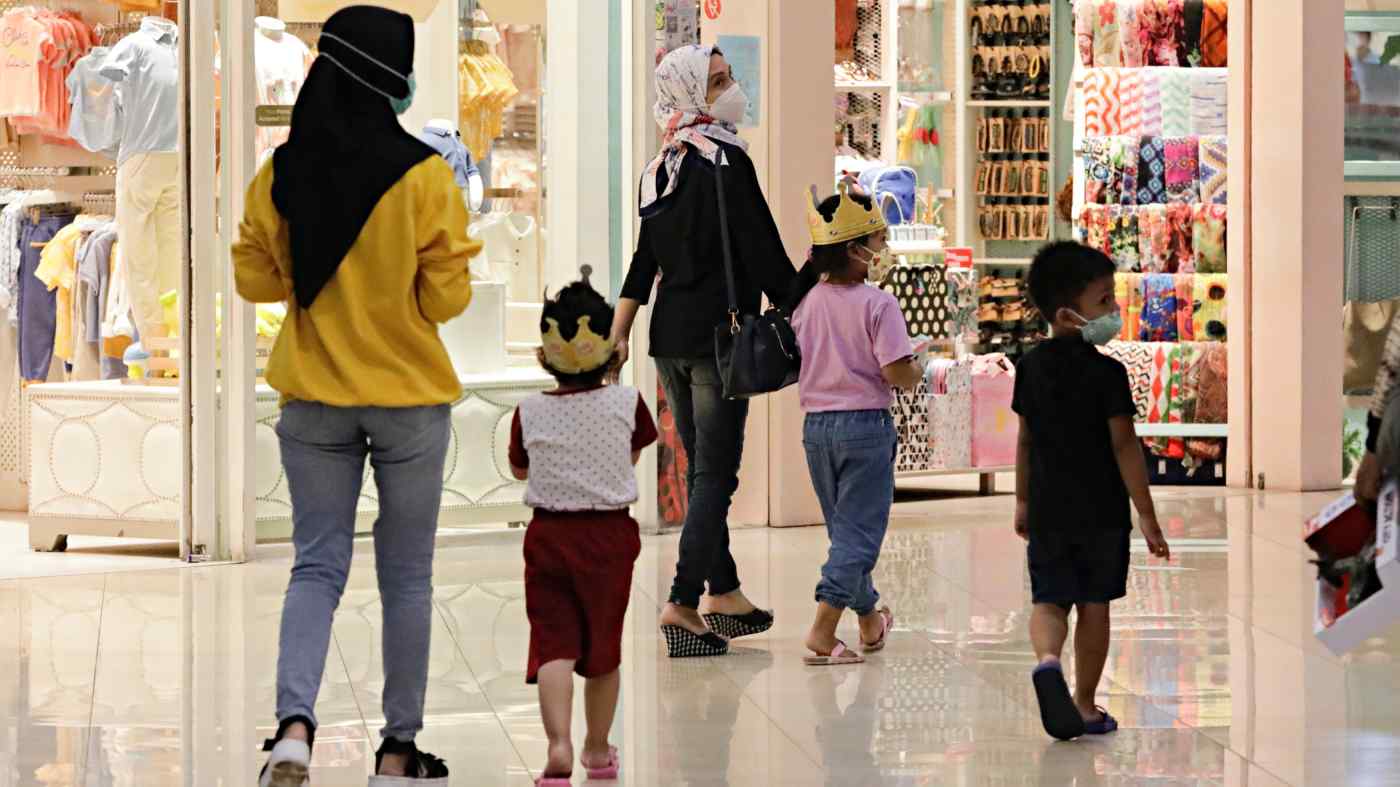 A shopping mall in Jakarta. Over 75% of the Indonesian capital's population has been fully vaccinated, which has acted as a booster shot for the entire nation's economy.   © Reuters
SHOTARO TANI, Nikkei staff writerNovember 5, 2021 11:18 JSTUpdated on November 5, 2021 13:59 JST | Indonesia
CopyCopied

JAKARTA -- Indonesia's economy in the third quarter continued to bounce back from its COVID-induced slowdown, albeit at a slower pace than the previous quarter.

Indonesia's real gross domestic product rose 3.51% in the third quarter from a year earlier, according to data that the country's statistics agency released on Friday. This was weaker than the median forecast of 3.76% by 21 analysts polled by Reuters. The country's finance ministry had forecast year-on-year GDP growth of 4.5% for the three months ended in September.