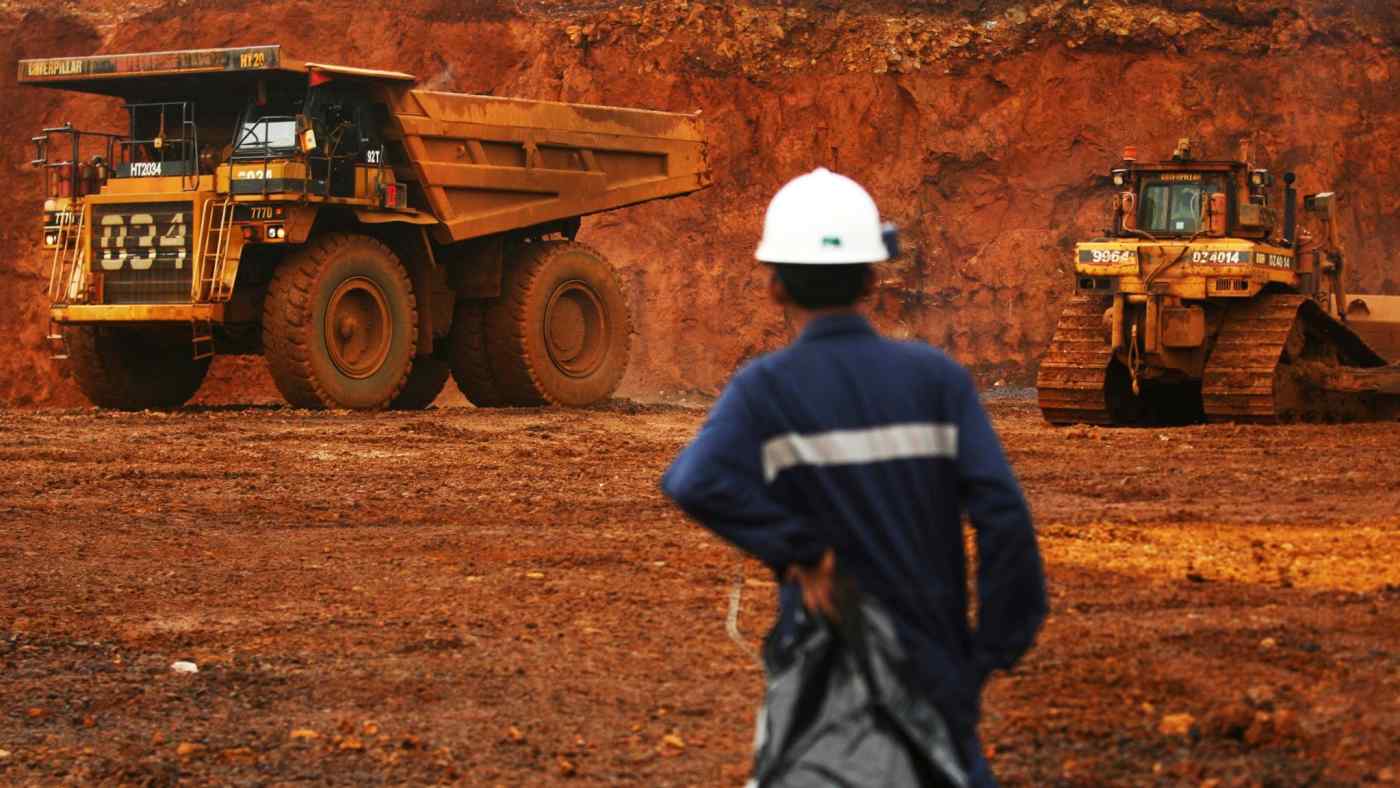 JAKARTA -- Indonesian President Joko Widodo on Monday renewed his call for the country's miners to move into processing, citing the need to curb imports to narrow its persistent current-account deficit.

Speaking at a CEO forum at the Indonesia Stock Exchange, Widodo said, "There is no other way but going downstream. I'm calling on all the CEOs and the real sector to immediately engage in industrialization and go downstream. Stop exporting raw materials, reduce [such exports] significantly."

Widodo cited cases where Indonesia's dependence on imported processed products has contributed to the current-account deficit, which widened to 2.9% of gross domestic product in September, nearing what the central bank sees as the safe limit of 3%.

Indonesia's current-account deficit since 2011 makes the country more vulnerable to external shocks compared with others in the region. It is struggling with capital outflows brought on by the U.S. Federal Reserve's interest rate increases and trade tensions between the U.S. and China. These have pushed the rupiah to its lowest level against the dollar in two decades, although the currency has strengthened somewhat since the end of October.

The previous government of President Susilo Bambang Yudhoyono introduced policies in 2014 aimed at encouraging miners to build smelters and engage in higher value-added manufacturing. But the ban on raw mineral exports pushed miners such as state-owned Aneka Tambang into the red. The policy was relaxed in January 2017, temporarily lifting the ban on exports of low-grade nickel ore and copper concentrates, among others. The aim was to allow miners to earn enough cash to finance smelter projects.

In his speech, Widodo pointed out that bauxite mined by Aneka Tambang is exported, while state-owned aluminum producer Inalum has to import the intermediate material, alumina, to make the finished product. The practice has been going on for decades and Widodo wants it to end.

"We have known since long ago that industrialization and going downstream are the key, but never pursued the implementation. [That is why] I keep pursuing this," he said.

Inalum in November 2017 was made the holding company for three miners: Aneka Tambang, which mainly produces gold, nickel and bauxite; coal miner Tambang Batubara Bukit Asam; and tin miner Timah. The holding company structure is designed to give the companies more access to credit to finance downstream projects.

Aneka Tambang, better known as Antam, hopes to complete a second ferronickel smelter by the end of December, increasing its capacity by 50% to 40,500 TNi, or tons of nickel contained in ferronickel. The company will also build a $320 million nickel pig iron plant. Both ferronickel and nickel pig iron are intermediate products. The facilities are expected to use all the nickel ore mined by Antam, allowing it to halt ore exports by 2022.

Antam is also partnering with Inalum and Aluminum Corporation of China to build a $850 million alumina smelter in West Kalimantan Province, on the island of Borneo.

Tambang Batubara Bukit Asam, meanwhile, plans to begin construction of a coal gasification plant next year in Riau Province, on Sumatra. The project will be its second venture outside coal mining, following a move into the power sector.