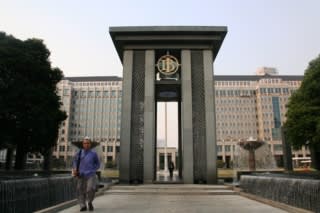 Indonesia's central bank has cut its policy rate six times since January to boost lending and drive the economy.

On Feb. 17, Bank Indonesia unexpectedly cut its policy interest rate by 0.25 percentage point to 7.5% as the recent drop in oil prices eased inflation worries. A stock market rally followed, with the benchmark Jakarta composite index hitting a high for four straight trading days. With the rate cut, "The economy can grow faster, which will boost corporate earnings," said Jahanzeb Naseer, Indonesia's head of research at Credit Suisse, who adds domestically focused sectors such as consumer staples and telecommunications are likely to be the biggest beneficiaries.

While central bank Gov. Agus Martowardojo denied the decision was politically motivated, it could not have come at a better time for the government. In the second half of 2013, the central bank jacked up interest rates by 1.75 percentage points to prevent foreign investors from pulling out of the country amid speculation the U.S. Federal Reserve was about to end its bond purchasing program. High interest rates made companies and consumers more cautious about spending. That, together with low prices for the country's commodity exports, pushed Indonesian economic growth to a five-year low of 5.02% in 2014.

Widodo hopes to raise the growth rate to 7% during his five-year term, a level not seen since the 1997 financial crisis. Within three months of his inauguration, the global slide in oil prices had already given him scope to end gasoline subsidies, which in turn frees up the budget to spend on infrastructure projects like ports and power plants. With inflationary pressure receding, Widodo was eager for the central bank to loosen monetary policy to spur investment and consumption.

Despite recent political turmoil -- public confidence in the president has eroded since his nominee for police chief was fingered in a corruption probe -- investors have been surprised by how smoothly the government's economic program has gone. The central bank announcement came four days after parliament approved Widodo's revised 2015 budget with only minor changes. Many analysts predicted much stronger resistance from the opposition, which holds most of the seats in parliament. Among the few who were disappointed was the chief of state lender Bank Mandiri, who had expected to receive 5.6 trillion rupiah ($437 million) from the government from a rights issue. Lawmakers did not think that qualified as an infrastructure investment and rejected the proposal.

Many analysts say a further rate cut is likely. Investment bank JPMorgan Chase, for example, predicts the policy interest rate will drop to 6.5% by year's end. This raises concerns of another sell-off of the Indonesian currency if the Fed raises interest rates as expected. The rupiah has lost a quarter of its value against the dollar since June 2013.

For foreign stock market investors, a weaker rupiah means a lower return in dollar terms. This may make Indonesia less attractive than other Asian markets such as the Philippines and India, which have also hit record highs this year. As of Feb. 20, Jakarta's stock index stood at 24 times this year's estimated earnings, making it among the most expensive in the region.

The weak rupiah is also causing major headaches for manufacturers that import components. Honda Motor, which sold more motorcycles in Indonesia than any other country last year, said sales may fall in the coming months as it needs to raise prices to reflect higher import costs.

The central bank has noted the weak rupiah will be a good opportunity to develop manufacturing. Despite the challenging environment, automakers like Japan's Mitsubishi Motors and General Motors of the U.S. have recently announced plans to invest hundreds of millions of dollars in new factories in Indonesia.

That is why planned investments to upgrade the country's rickety infrastructure are likely to lift spirits in both the financial markets and the corporate sector. So far, state-owned companies seem committed. The newly appointed president of electricity company PLN recently told reporters a $4 billion power plant project, which has been delayed for years, will break ground in March. Mobile operator Telekomunikasi Indonesia plans to wire up ports with broadband to help ships get in and out faster. With the central bank on his side, hopes for Widodo and his plans are growing ever higher.