Indonesia's investment race shaken up by China as Japan fades Chinese foreign direct investment in Indonesia, including flows from Hong Kong, rose 11% to $8.4 billion last year, according to the Indonesian Investment Coordinating Board. FDI from South Korea jumped 64% to $1.8 billion.

This growth contrasts with a clear decline in Japanese investment, which once led Indonesia's FDI trends. Flows from Japan fell 40% in 2020 to $2.6 billion.

"It comes as a shock that China and South Korea have increased investment at a time when rising coronavirus infections have stalled Indonesia's economy," a country representative for a Japanese company working here says.

Singapore was Indonesia's biggest source of foreign direct investment last year, with $9.8 billion, followed by China, Japan and the European Union, according to the investment board, also known by the Indonesian acronym BKPM.

But because much of the money nominally from Singapore is only routed through the city-state from other countries, observers say China is likely Indonesia's de facto top source of FDI. Meanwhile, South Korea has moved up the rankings, surpassing Japan on a quarterly basis for the first time in October-December 2020, BKPM data shows. 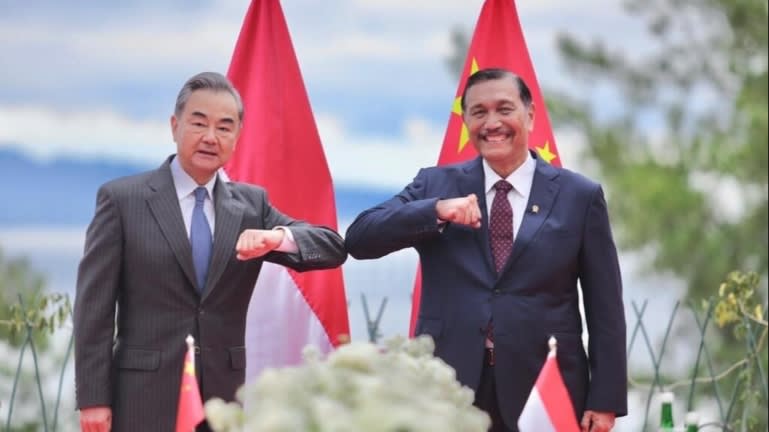 Battery production for electric vehicles is expected to become a new magnet for Chinese and South Korean investment in Indonesia. President Joko Widodo's government has targeted 2024 for starting domestic production of EV batteries in the country and is eager to tap the expertise of foreign players. Jakarta seeks to capitalize on Indonesia's position as the world's top producer of nickel, a key battery material.

The government is discussing investment with battery makers including China's Contemporary Amperex Technology Co. Ltd. and South Korea's LG Chem. Japan has a weak presence in this investment race, given its auto industry's slow start in electric vehicles.

Japan consistently ranked second to Singapore among Indonesia's top sources of FDI from 2010 to 2016, BKPM data shows. China overtook Japan in 2017 and has remained ahead since.

Beijing also is deepening ties with Indonesia in trade and development assistance, and China is the biggest supplier of coronavirus vaccine for the archipelago nation's vast immunization program.