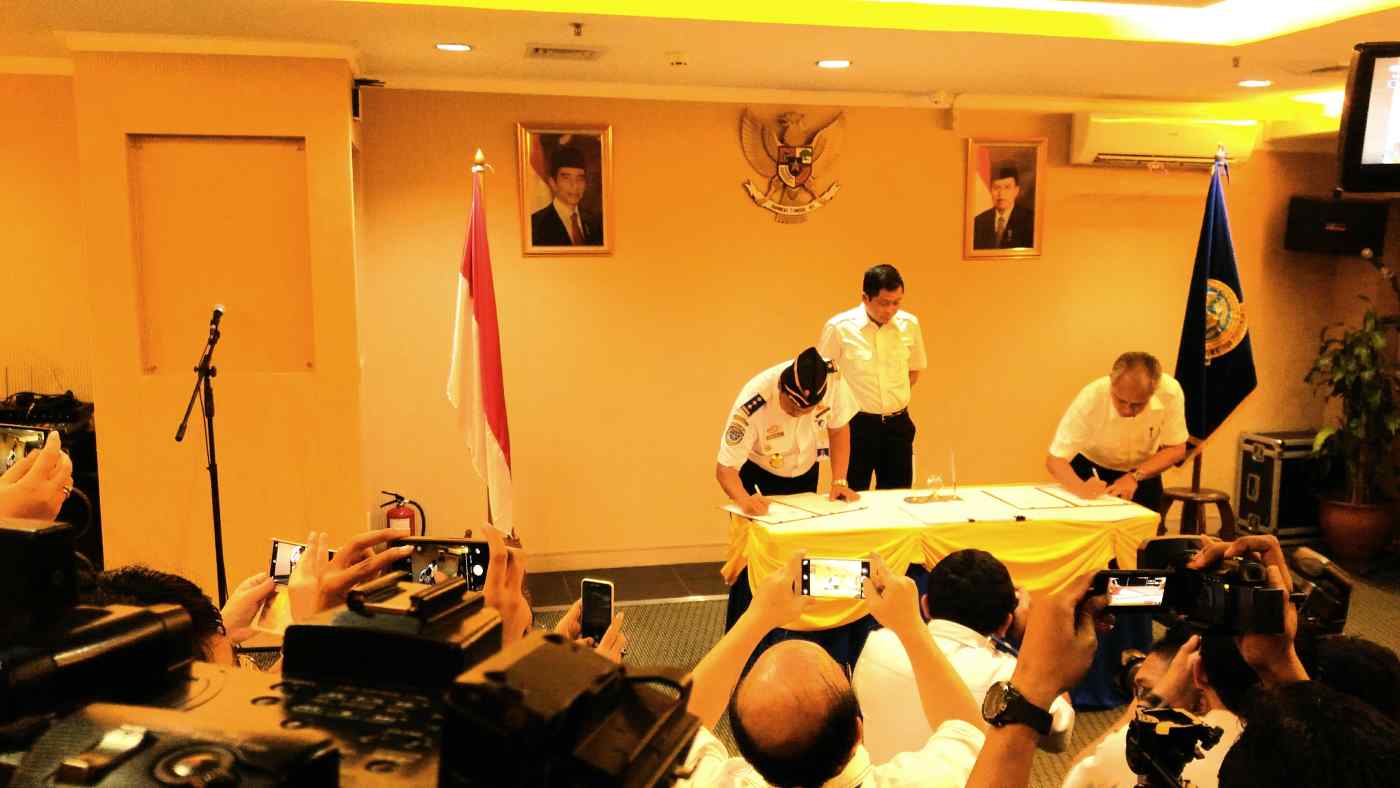 The delayed prestige rail project has personally embarrassed President Joko Widodo, who presided at the groundbreaking ceremony on Jan. 22. Widodo has made a strong personal commitment to national infrastructure development since taking office in 2014.

On Wednesday, the transport ministry and the Kereta Cepat Indonesia-China (KCIC) consortium finally signed a concession agreement that paves the way for a business and construction permit. Hermanto Dwiatmoko, the ministry's director general for railways, said two permits can be issued this week and work may be possible next week.

The ministry finally bowed to the consortium's request that the 50-year, build-operate-transfer concession begin when operations start, and not on the date of the construction permit's issuance.

Transportation Minister Ignasius Jonan nevertheless set May 31, 2019, as the deadline for commencement of operations, which allows only three years for construction.

The ministry has agreed to a 4.6-meter gap between the two tracks, providing that trains do not exceed 250kph. The consortium initially proposed a top speed of 350kph.

A compromise has also been reached on line exclusivity. No station can now be built within 25km of a KCIC station. The ministry earlier deemed 10km far enough away.

The construction permit expected on Friday covers only a 5km stretch of the 142km project. Wiryawan said further documents will be submitted in April, but Dwiatmoko said he could not guarantee future approvals will be smooth.

"We will have to perform technical checks," he said. "Some sections of track will run through tunnels, others across bridges. We will have to check one by one."

The ministry has been accused of hindering the project after favoring a rival project from Japan in keenly contested bidding.

Another 600 hectares is separately owned, however, and could cost as much as 3 trillion rupiah ($227 million). Land acquisition difficulties have proved a major hindrance to other Indonesian infrastructure projects.

"We're in the process," Wiryawan said curtly when queried about land purchases.

The air force is meanwhile refusing permission for a station to be built near its Halim base in eastern Jakarta, citing proximity to national "vital objects." A total of four stations are planned along the Jakarta-Bandung route.

Wiryawan suggested that relocating the planned Halim station to Cipinang, another part of eastern Jakarta offered by the air force, may be prohibitively expensive.

"The defense ministry says they will mediate," Wiryawan said. "We hope there will be a solution soon."

The omens are not encouraging. The consortium already had to move its main Jakarta station from central Gambir to Halim, chopping 10km from the track. On the upside, this reduced projected costs from $5.5 billion to $5.13 billion.