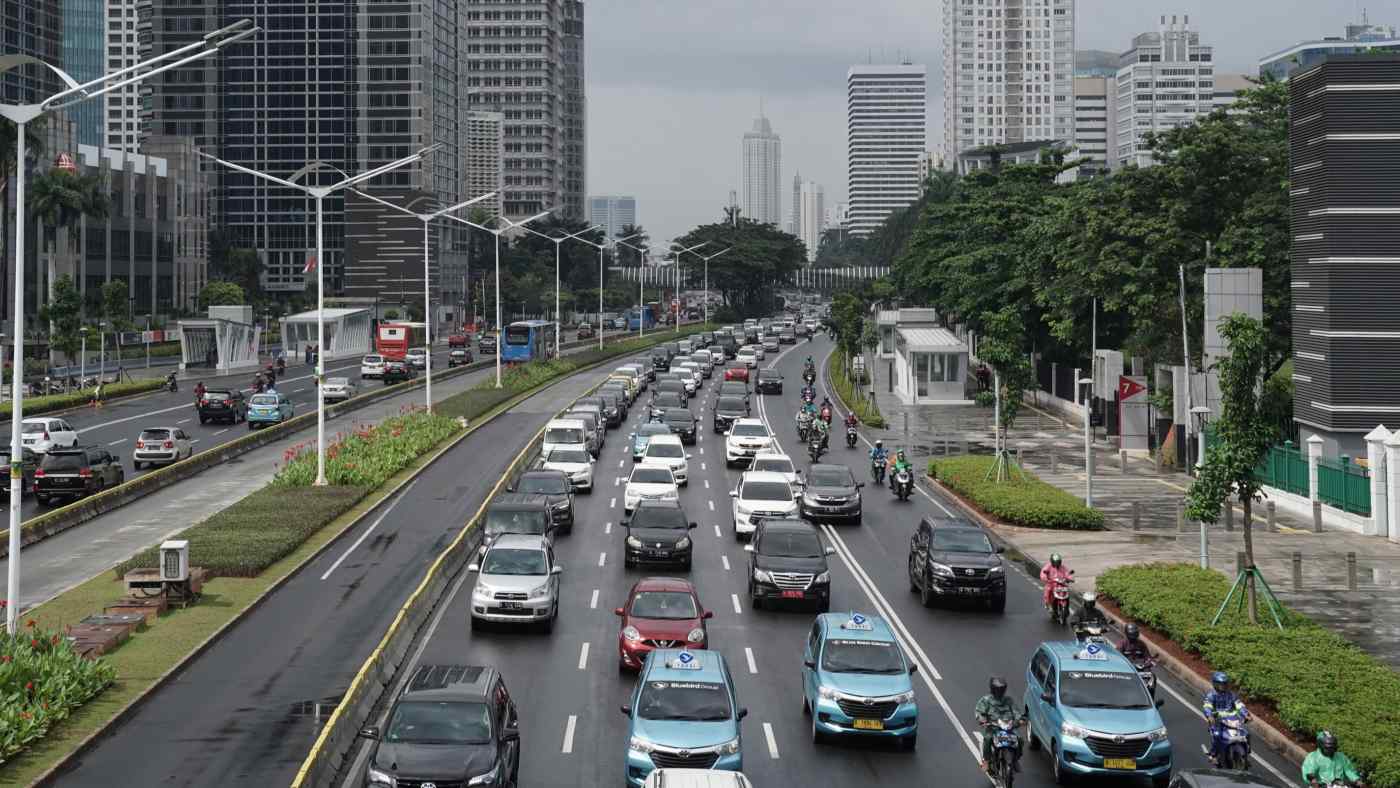 JAKARTA -- Indonesia is considering introducing a carbon tax as it seeks to boost revenue to fund its spending to support an economy reeling from the COVID-19 pandemic.

The carbon tax could be applied to fossil fuels and emissions released by factories or vehicles, as well as "carbon-intensive" industries such as pulp and paper, cement, power generation and petrochemicals. The initiative was included in a Finance Ministry document, issued last week, that outlines the economic framework and fiscal policies for next year.

"The imposition of carbon tax has various benefits, namely the reduction of greenhouse gas emissions... and the state revenue obtained can be used to increase development funds," the document said. "On the other hand, the application of carbon tax can also cause costs to a number of parties. For this reason, in implementing carbon tax, it is necessary to consider the imposition on the demand side which is more preferable than the supply side approach."

Other changes being considered were on value added taxes. The document outlined the potential for broadening the base, as well as raising rates on some products.

"With the improvement of the VAT system, it is hoped that in the future the VAT... can become the main source of tax revenue," the document said. "This is complementary to the Corporate Income Tax... with measures to reduce rates and provide various incentives, such as tax holidays and tax allowances."

The finance ministry also added that the government "plans to add an income layer" to the existing personal income tax regime "to create a healthier and fairer taxation system." Indonesia currently has four different tax rates for personal income tax, ranging from 5% to 30%.

Work to improve Indonesia's tax system has been ongoing a while, but is gaining additional momentum as the government needs to spend heavily to support the economy amid the coronavirus pandemic.

"To support the direction of fiscal policy in 2022, the government has been, is currently, and will continue to carry out reforms in the field of taxation and strengthen the quality of central and regional financial relations," Finance Minister Sri Mulyani Indrawati said in a parliamentary hearing last week.

Indonesia has long struggled with its tax system, especially compared to its regional peers. The archipelago's tax-to-gross domestic product ratio, at 11.9% in 2018, is demonstrably lower than countries such as Thailand and the Philippines, and remains well below the OECD average of 34.3%. Of the 270 million population, only 38.7 million were registered as tax payers in 2019.

The government has failed to hit its tax revenue target in each of the last three years, including in 2020, when the government needed to boost spending to tackle COVID-19, including social assistance payments. The government eventually removed its 3% budget deficit-to-GDP cap to accommodate for extra spending.

"Tax efficiency in Indonesia is lower than in many G-20 and ASEAN countries, due to low compliance, generous tax exemptions and widespread reduced rates," the OECD said in its report on Indonesia in March.

The international organization said measures like raising more revenue from property, as well as broadening the VAT base and increasing excise taxes on things like tobacco and sugary drinks could improve the country's tax revenue in the long run.