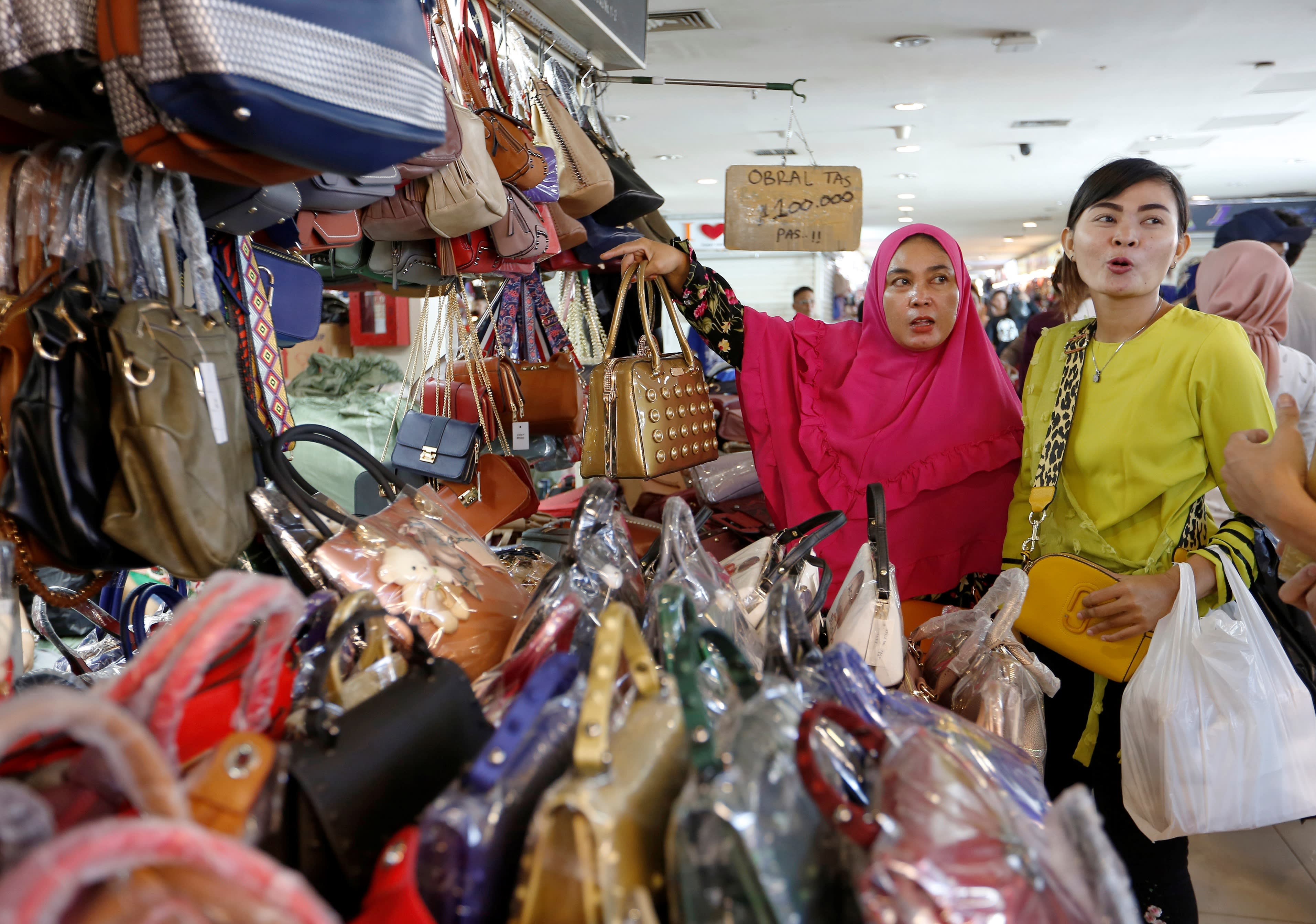 A shopper negotiates over the price of a handbag at a market in Jakarta. Consumer spending has been flat, weighing on growth in the Southeast Asian country.   © Reuters
SHOTARO TANI, Nikkei staff writerMay 7, 2018 17:16 JST | Indonesia
CopyCopied

JAKARTA -- Indonesia's economic growth fell short of forecasts in the first quarter of 2018, adding to the government's worries ahead of election season.

The country's central statistics agency on Monday said gross domestic product grew by an inflation-adjusted 5.06% on an annual basis in the first three months of the year, falling short of a consensus forecast for 5.18% growth, according to a Reuters poll, and a decline from the 5.19% growth registered in the fourth quarter of 2017.

On a quarterly, nonseasonally adjusted, basis the economy shrank 0.42% in the first three months of this year.

"The results are below expectations, especially the consumer sector," said David Sumual, chief economist at Bank Central Asia. Household spending, which accounts for roughly 60% of the economy, failed to pick up, expanding 4.95% on the year, little changed from the previous quarter. A slowdown in net exports and government spending contributed to the disappointing figure.

Gareth Leather, senior Asia economist at Capital Economics, said he sees "little prospect of a rebound" in the Indonesian economy, and that growth will "remain stuck at around 5% over the next couple of years."

The downbeat sentiment was reflected in the financial market. The Jakarta Stock Exchange Composite Index fell nearly 1% after the GDP announcement. Market watchers believe new policies to support growth are unlikely on either the fiscal or monetary side despite the government looking for a boost before parliamentary and presidential elections next year.

The government is bound by law to keep its budget deficit below 3% of GDP, tying its hands when it comes to pumping up spending in such areas as infrastructure.

This makes private investment crucial to driving Indonesia's economy. The government has taken steps to encourage investment but credit growth remains modest, expanding 8.54% on the year in March. In 2014, the growth rate was over 15%.

Despite the constraints, the central bank is not expected to come to the rescue. Bank Indonesia slashed its benchmark interest rate throughout 2016 and 2017. Recent interest rate rises in the U.S. have put pressure on the Indonesian rupiah, which is hovering around a 28-month low against the dollar. The central bank indicated in April that it is prepared to raise interest rates should the rupiah continue to fall.

The government is aiming for GDP growth of 5.4% this year, while the central bank's forecast is for an expansion of between 5.1% and 5.5%.