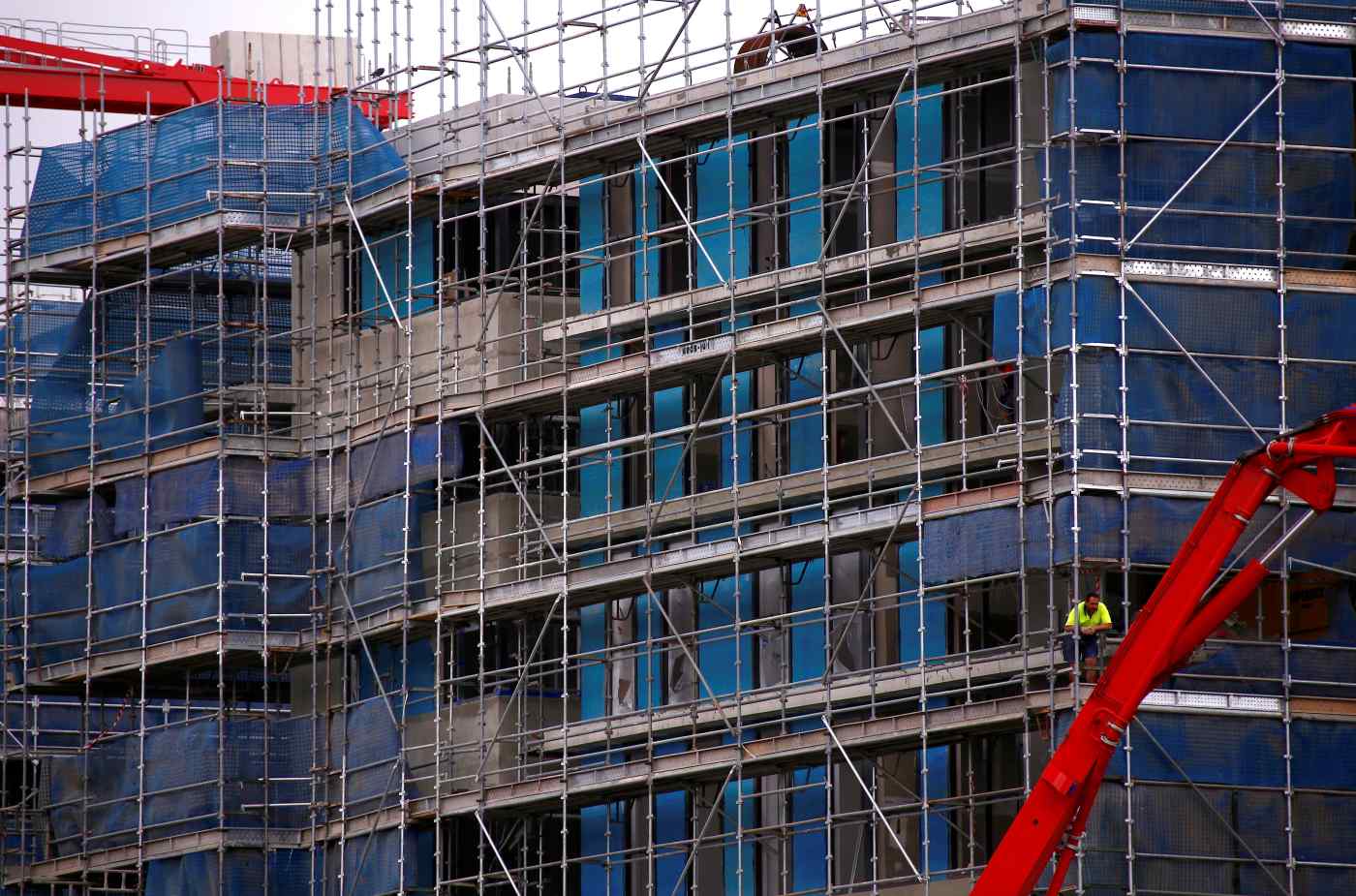 The housing market's weakness was concentrated in the capital cities where prices dropped 1.4% in July, while annual growth slowed to 5.4% after exceeding 20% early this year.   © Reuters
August 1, 2022 09:30 JST | Australia
CopyCopied

SYDNEY (Reuters) -- Australian home prices slid for a third month in July, and the pace quickened as Sydney suffered its worst decline in almost 40 years amid rising borrowing costs and a cost-of-living crisis.

Figures from property consultant CoreLogic out on Monday showed prices nationally fell 1.3% in July from June when they dropped 0.6%. Prices were still 8% higher for the year reflecting huge gains made over 2021 and early 2022.

The weakness was concentrated in the capital cities where prices dropped 1.4% in July, while annual growth slowed to 5.4% after having been above 20% early this year.

The pullback in Sydney gathered momentum as values fell 2.2% in the month, while Melbourne lost 1.5%. Annual growth in Sydney braked to just 1.6%, a long way from the heady days of 2021 when prices rose by a quarter.

"Although the housing market is only three months into a decline, the national Home Value Index shows that the rate of decline is comparable with the onset of the global financial crisis in 2008, and the sharp downswing of the early 1980s," said CoreLogic's research director, Tim Lawless.

"In Sydney, where the downturn has been particularly accelerated, we are seeing the sharpest value falls in almost 40 years."

Even the regions started to cool as prices fell 0.8%, ending a long bull run as people shifted to country living and greater space.

The retreat in part reflects higher borrowing costs as the Reserve Bank of Australia (RBA) lifted rates for three months in a row and is considered certain to hike again this week in an effort to contain surging inflation. AU/INT

Markets are wagering the current 1.35% cash rate could reach 3.40% by the middle of next year. The major banks have also sharply raised borrowing costs on new fixed-rate mortgages and tightened lending standards.

A sustained drop in prices would be a drag on consumer wealth given the notional value of Australia's 10.8 million homes had risen A$210 billion ($146.52 billion) in the first quarter alone to reach A$10.2 trillion.