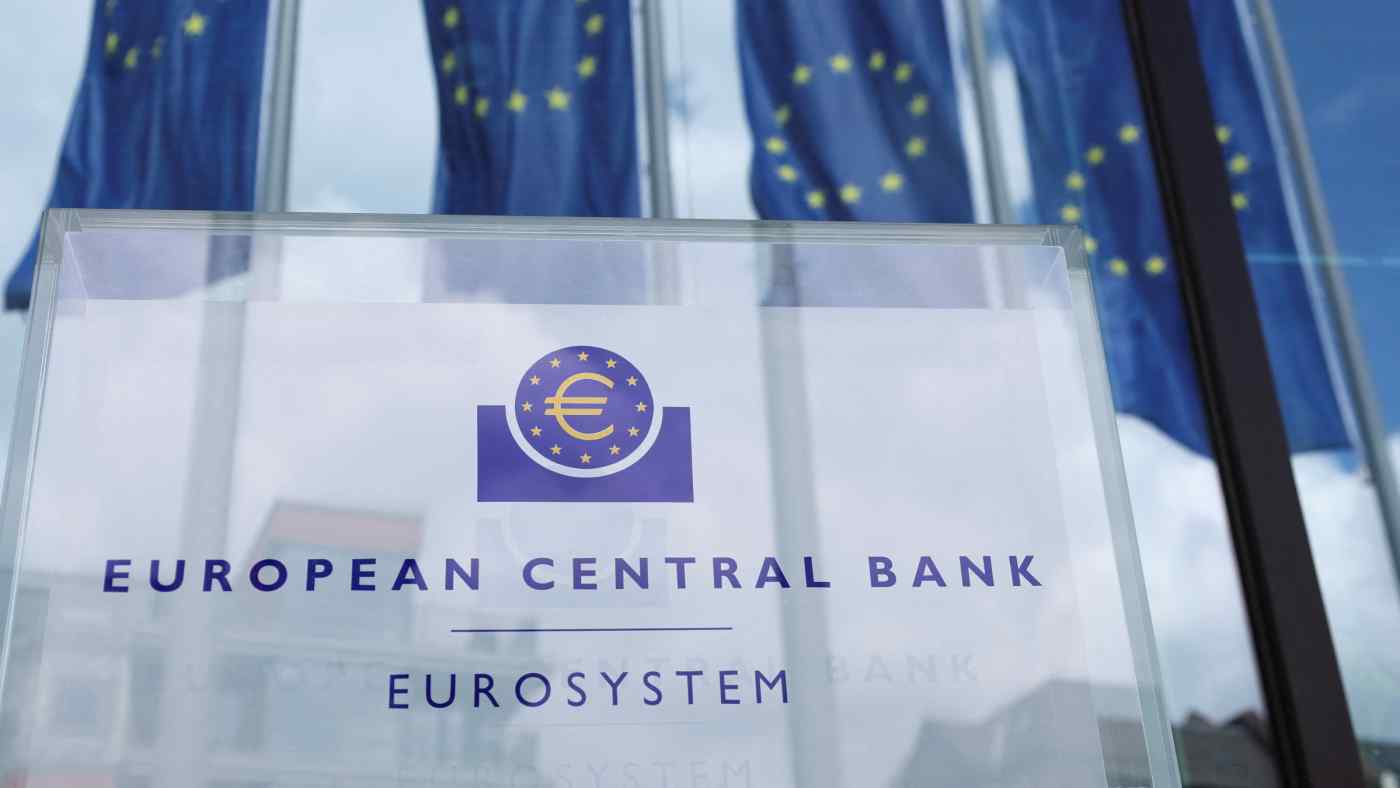 FRANKFURT, Germany (Reuters) -- The European Central Bank raised interest rates by more than expected on Thursday, confirming that concerns about runaway inflation now trump growth considerations, even as the euro zone economy reels from the impact of Russia's war in Ukraine.

The ECB raised its benchmark deposit rate by 50 basis points to zero percent, breaking its own guidance for a 25 basis point move as it joined global peers in jacking up borrowing costs. It was the euro zone central bank's first rate hike for 11 years.

Ending an eight-year experiment with negative interest rates, the ECB also increased its main refinancing rate to 0.50% and promised further rate hikes possibly as soon as its next meeting on Sept. 8.

The ECB had for weeks guided markets to expect a 25 basis point increase but sources close to the discussion said 50 basis points was put in play shortly before the meeting as indicators pointed to a further deterioration of the inflation outlook.

With inflation already approaching double-digit territory, it is now at risk of getting entrenched above the ECB's 2% target and any gas shortage over the coming winter is likely to push prices even higher, perpetuating rapid price growth.

Economists polled by Reuters had predicted a 25 basis point increase but most said the bank should actually hike by 50 basis points, lifting its record-low minus 0.5% deposit rate to zero. 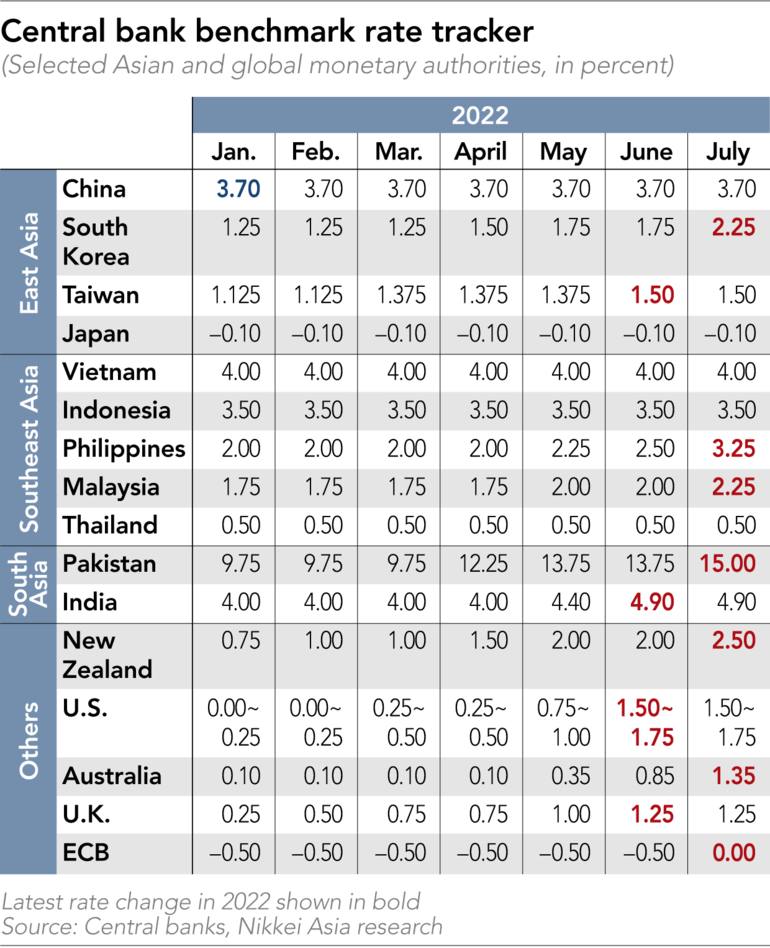 The euro, which fell to a two-decade low against the dollar earlier this month, firmed around a half a percent on the ECB's decision.

"The scale of TPI purchases depends on the severity of the risks facing policy transmission," the ECB said in a statement. "The TPI will ensure that the monetary policy stance is transmitted smoothly across all euro area countries."

As ECB rates rise, borrowing costs increase disproportionately for countries like Italy, Spain or Portugal as investors demand a bigger premium to hold their debt.

The ECB's commitment on Thursday comes as a political crisis in Italy is already weighing on markets following the resignation of Prime Minister Mario Draghi.

The yield spread between Italian and German 10-year bonds briefly exceeded 240 basis points on Thursday and was not far from the 250 basis point level that triggered an emergency ECB policy meeting last month.

The ECB's 50 basis point hike on Thursday still leaves it lagging its global peers, particularly the U.S. Federal Reserve, which lifted rates by 75 basis points last month and is likely to move by a similar margin in July.

But the euro zone is more exposed to the war in Ukraine and a threatened cut off in gas supplies from Russia could tip the bloc into recession, leaving policymakers with a dilemma of balancing growth and inflation considerations.

Confidence has already taken a hit from the war, and high raw materials prices are depleting purchasing power.

Raising borrowing costs in a downturn is controversial, however, and could magnify the pain for businesses and households.

But the ECB's ultimate mandate is controlling inflation, and rapid price growth for too long could perpetuate the problem as firms automatically adjust prices.

Some central banks, most particularly the Fed, have made clear they are willing to crash growth to control inflation because the risk of a new "inflation regime" setting in is too high.

And if a recession is coming, the ECB needs to front-load rate hikes so that its tightening cycle is finished sooner.