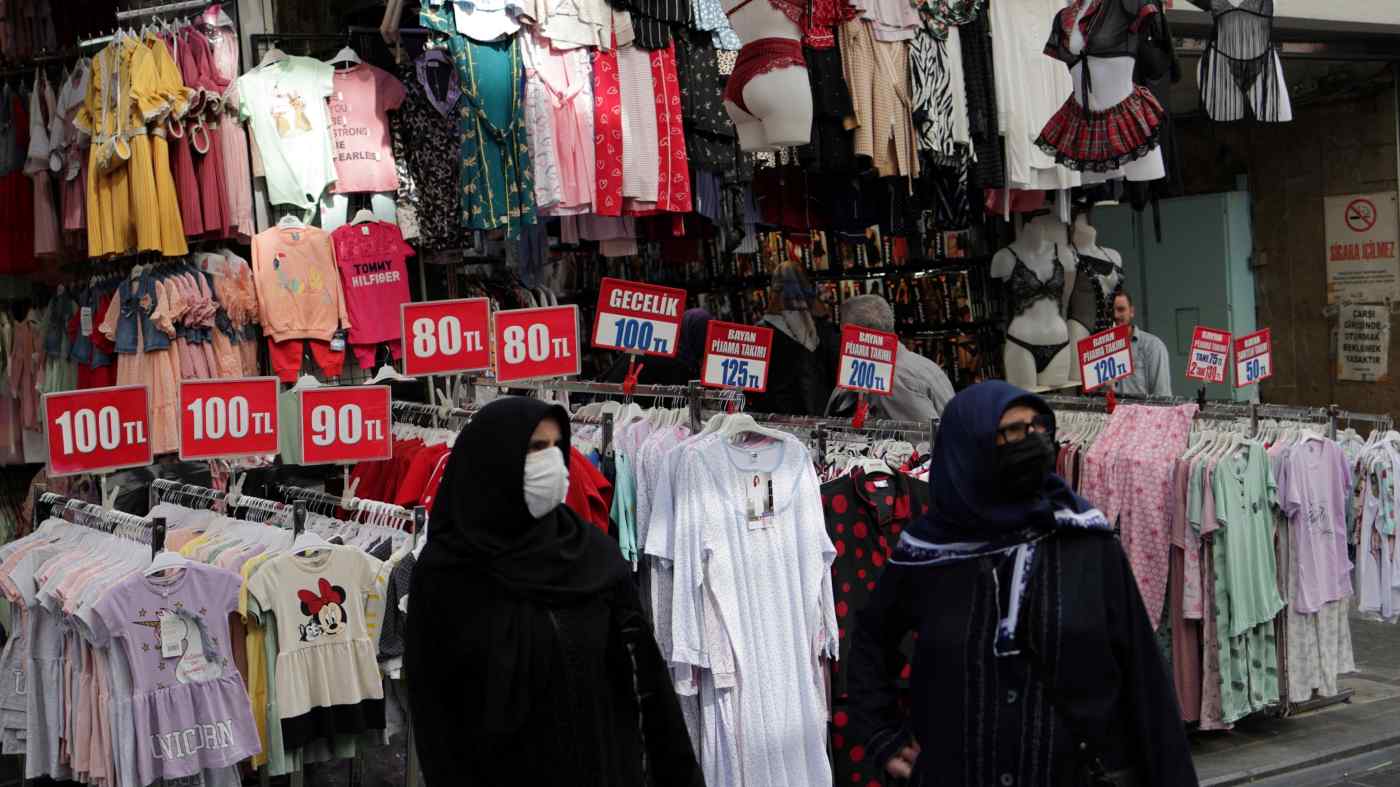 ISTANBUL (Reuters) -- Turkey's annual inflation rate jumped to a 24-year high of 73.5% in May, fueled by the war in Ukraine, rising energy prices and a tumbling lira -- though the figure was slightly lower than economists had feared.

Inflation has surged since last autumn, when the lira slumped after the central bank launched a 500 basis-point easing cycle sought by President Tayyip Erdogan.

The latest figure surpassed the 73.2% touched in 2002 and is the highest since October 1998, when annual inflation was 76.6% and Turkey was battling to end a decade of chronically high inflation.

Nevertheless, the consensus forecast was for annual inflation to rise to 76.55%.

Transport and food costs have soared by 108% and 92%, respectively, over the last year, reflecting a deepening economic crisis for Turks struggling to afford basic goods.

The domestic producer price index climbed 8.76% month on month in May for an annual rise of 132.16%, reflecting how a 20% drop this year in the currency has sent import costs soaring.

In April, the central bank forecast annual inflation would peak by June before declining to near 43% by year-end and single digits by the end of 2024.

The government has previously said inflation will fall to single digits next year under its new economic program -- prioritizing low interest rates to boost production and exports -- aimed at achieving a current account surplus.

However, data on Thursday showed the trade deficit widened 157% year on year in May to $10.7 billion.

Economists see inflation remaining high for the rest of 2022 due to the war, weakening lira and the central bank's reluctance to raise rates. The median estimate for inflation at year-end stands at 63%, up from 52% in last month's poll.